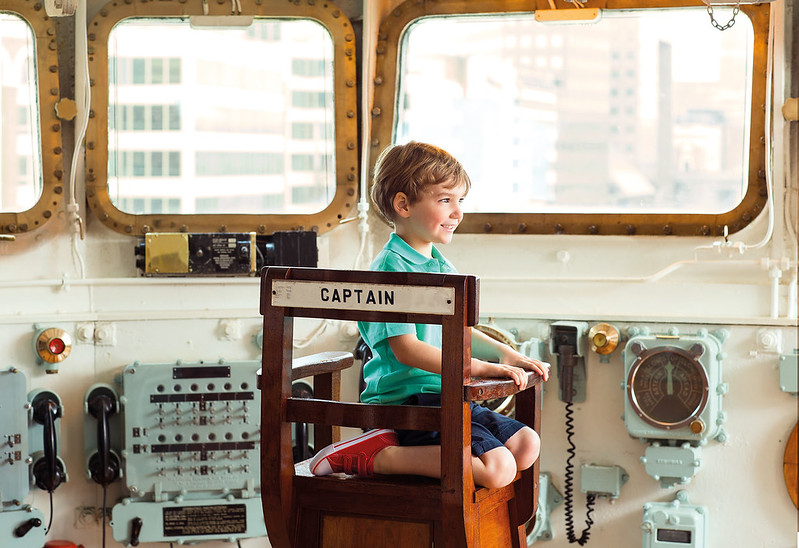 Discover the Navy ship HMS Belfast, a completely unique experience in the heart of London on the bank of the River Thames. This incredible ship was an integral part of the Navy fleet for over 25 years before it was retired and converted into the 'floating museum' it is today.

With nine different decks to explore, HMS Belfast is a brilliant day out for the whole family and one of the best things to do around London Bridge. From the engine rooms to the captain's chair, you can see how the hundreds of men who were on board HMS Belfast during the war would've lived and worked.

HMS Belfast was built in 1936 in the city that it was named after, Belfast in Northern Ireland by shipbuilders Harland and Wolff. She was unveiled by the Prime Minister's wife, Anne Chamberlain, in 1938 and was soon called to action in the Second World War, patrolling the waters near Germany. Disaster struck, as just two months after her commission, she was struck by a mine and had to be fixed with extensive repairs.

Three years later, in 1942, Belfast was ready for action again. For the next few years, her crew were tasked with the important job of Arctic convoy, which meant they were responsible for bringing supplies to Britain's wartime ally, the Soviet Union. When German ships left a Norwegian port, it was HMS Belfast that helped sink one of Germany's most important naval ships.

HMS Belfast also played an important role in the most significant operation of the war, D-Day, where she was said to have fired the first shots of the mission. After WWII, HMS Belfast also saw combat during the Korean War (1950-52). She was eventually retired in 1963.

After her retirement, it was eventually decided that HMS Belfast should become one of Britain's only naval museum ships, as a way of preserving the memory of her crew's efforts during the war. The ship was taken to London in 1971.

Today, the 187-metre long ship is moored in Central London, where it receives over 250,000 visitors every year. The museum is a mix of real-life objects and facilities used by the crew of HMS Belfast during her time as an active Navy ship, and new interactive features to engage visitors. There are lifelike wax figures of the ship's inhabitants in many of the areas of the vessel, much like the figures you can find at Madame Tussauds.

The different areas of the ship are a great way to learn about what life was like aboard the ship when it was in action. From the inner workings of the vessel to its impressive guns and defences, HMS Belfast has everything you'd expect from a Royal Navy ship and much more. Today, the vast HMS Belfast guns are aimed at the London Gateway services around 12.5 miles away, showing the amazing range of these weapons during wartime.

If you love your trip to HMS Belfast, you'll be glad to know that she's not the only museum ship in London. The Cutty Sark now stands in Greenwich, where this Victorian marvel of engineering draws thousands of visitors each year to discover how one of the fastest ships in the Navy operated.

The Cake And Bake Show

London In Style Tour With Afternoon Tea At Westminster Abbey