back to
Northern Ireland

City of Derry is a county in the northwest of Northern Ireland encompassing five electoral areas including Waterside, Cityside, Rural, Northland and Shantallow. Within the beautiful 17th-century city walls of Derry, there is a city packed with centuries of history, heritage and a vibrant cultural scene. Lying on the west bank of the River Foyle, Derry is the last remaining completely walled city in Ireland. One of the five cities in Northern Ireland, the City of Derry also boasts the largest collection of cannons, many of which were fired over its two 17th-century sieges.

There are a variety of museums and landmarks around the city, including the Siege Museum, the Tower Museum, the murals of the Bogside, St Eugene’s Cathedral, and the city’s Peace, Craigavon and Foyle Bridges. The beautiful 27-hole City of Derry Golf Club overlooks the River Foyle and is a golfer’s must see!

From fine dining to contemporary cuisine, Derry has a great selection of eateries. The award-winning Michelin recommended Browns in Town is a firm favourite with foodies and is located on Strand Road in the heart of town. Whether you want rural countryside or the bustling city, there is a great choice of luxury hotels, cosy B&Bs and self-catering options. The City Hotel Derry offers 4-star accommodation with awesome views over the River Foyle and just a five-minute walk to the city walls. 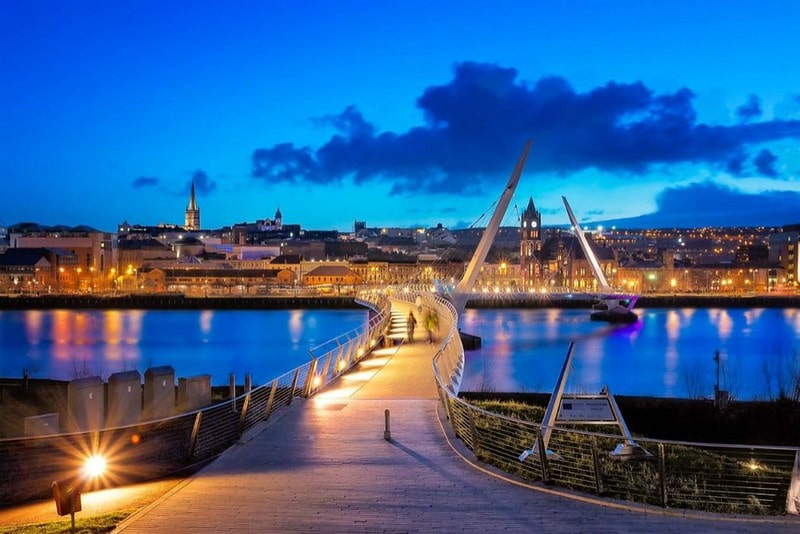 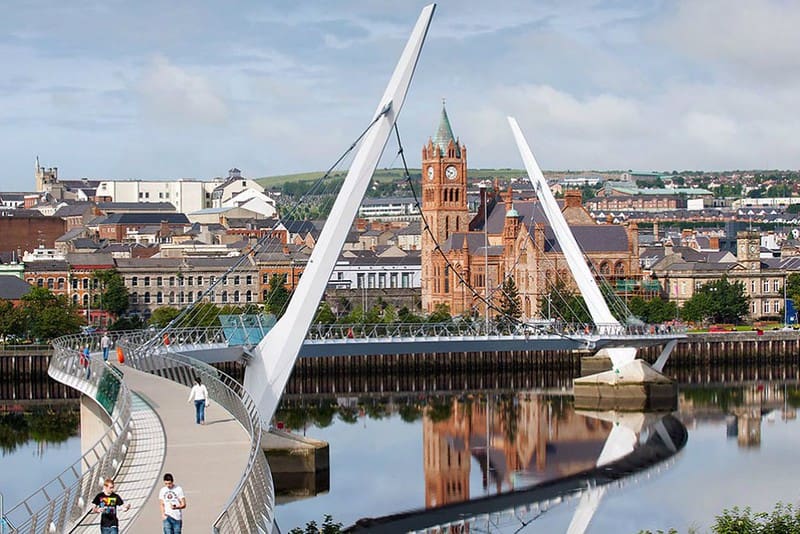