To Kill a Mockingbird

UPDATE: This event is cancelled until further notice owing to COVID-19. We will update you as this changes and you can find more information here.

If you've got any To Kill a Mockingbird fans in the family, head to the Gielgud Theatre next summer for a version as you've never seen it before. Adapted for the stage by Aaron Sorkin, this unmissable all-star American classic is guaranteed to change how you view the world. Grab your tickets now before it’s too late!

Based on Harper Lee's Pulitzer Prize-winning novel, To Kill a Mockingbird is making the journey from Broadway to the West End in 2020. Kids and adults alike will be blown away by this enduring story of racial injustice and childhood innocence, which was inspired by Harper Lee’s own childhood.

Follow the story of the small-town lawyer Atticus Finch, his daughter Scout, her brother Jem and the infamous Boo Radley, their mysterious neighbour and be swept up in deep compassion as this classic tale unfolds.

Expect a great cast, with Rhys Ifans playing the lead role of Atticus Finch. The production smashed box office records across the pond, becoming the top-grossing play in Broadway history - for good reason! Grab your tickets now and don't miss out on the show of the summer.

Kidadl In The Know

The best way to get to the Gielgud Theatre on Shaftesbury Avenue is by public transport. Head to Piccadilly Circus Tube (Bakerloo and Piccadilly lines) or Charing Cross (Northern and Bakerloo lines and National Rail services), both of which are a 10-minute walk away.

If you’re driving into the West End to see a show, the Q-Park’s Theatreland Parking Scheme saves you 50% on off-street car parking charges for up to 24 hours. To qualify, simply present your Q-Park car park ticket for validation at the box office and the car park machine will automatically charge you half price. For details of locations and prices please visit Q-Park’s website.

There are a number of family-friendly restaurants within walking distance. Bill’s comes highly recommended at St Martin’s Courtyard, Slingsby Place. Or, head for a family-friendly meal at Fire & Stone Pizza on Maiden Lane.

Tickets are non-exchangeable and non-refundable. Please print your Kidadl booking confirmation and show on entry.

Sleight of Hand on the Strand

The Tiger Who Came To Tea 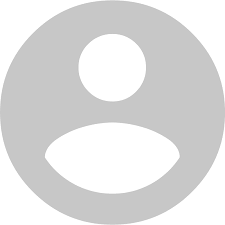 Find more events for your family to enjoy

Camp Bestival: How To Have The Ultimate Staycation