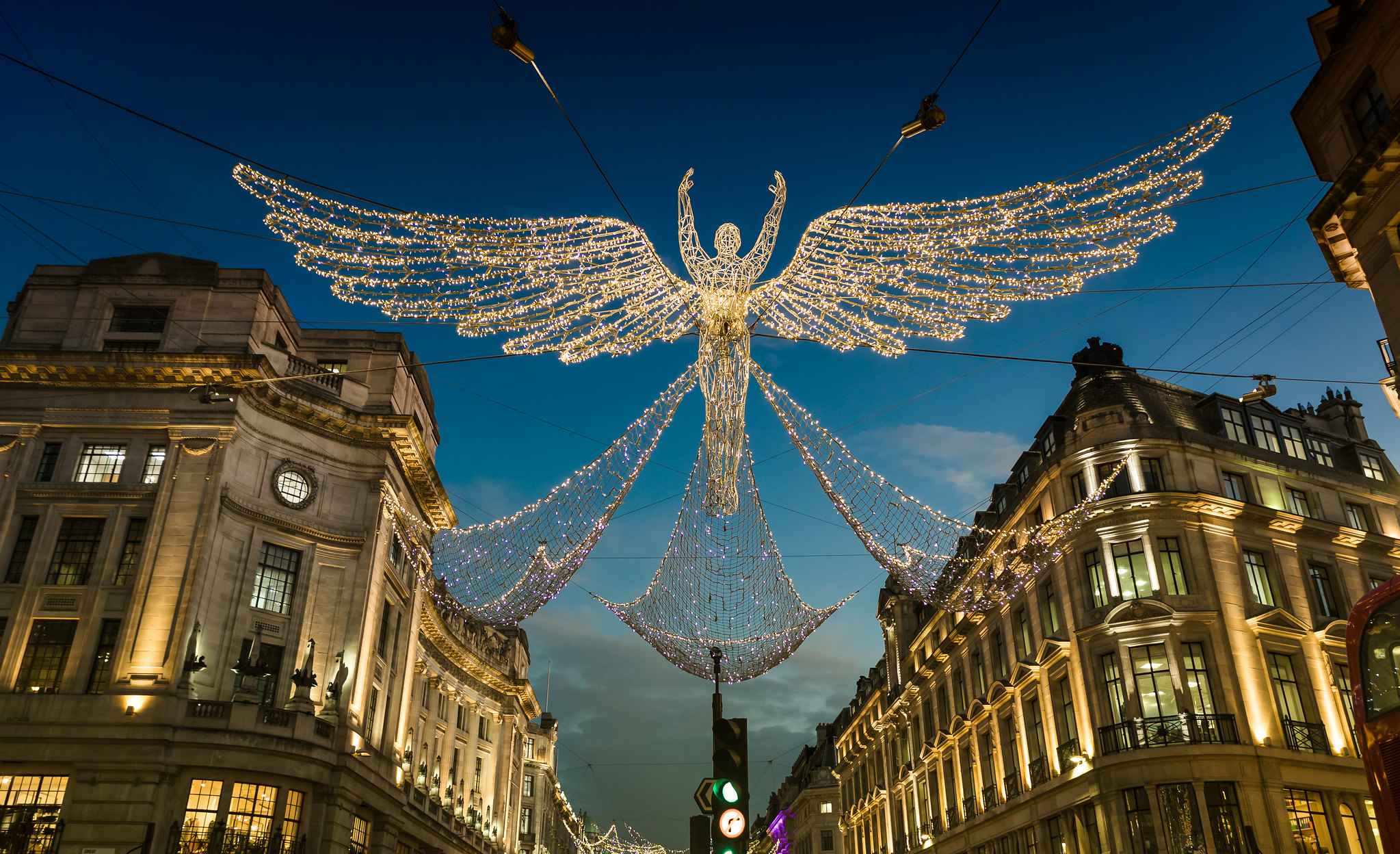 The weather has changed and shops are starting to dedicate a slither of space to decorations, it can only mean one thing. Christmas is most definitely coming. Before you start worrying about presents, the cold and whether you’ve bought enough pigs in blankets, there’s plenty of time to get festive. Kick off the season with London’s most beautiful (and free) Christmas lights.

Covent Garden is one of the city’s most festive destinations. With the huge tree, 115 000 lights and perhaps some carol singing buskers, it’s definitely the place to go if you’re looking to get into the Christmas spirit. It’s not just the tree and lights though, look out for reindeer, mistletoe and a traditional market. They’ve just announced the switch on this year will be on the 12th of November, so make sure you save the date!

One of the most famous set of lights in London, Regent Street in winter is really beautiful. They’ve announced the switch on date as the 14th of November and as it’s the street’s 200th anniversary so it’s bound to be a big one. The whole street is pedestrianised and there’s a brilliant switch-on show from 5.30pm. Lots of the shops and restaurants offer discounts that day to spread a bit of early Christmas cheer!

Just down the road are the Oxford Street Christmas lights. This year they've had a complete makeover, the baubles have gone back in their boxes to make way for 27 LED light curtains! We won't know what they'll look like until the switch-on event on the 21st of November but they're made up of 222 000 lights so we're sure they'll be pretty impressive. The switch on event is always a big one too so make sure you've got the date in your diary.

Another one that’s nearby is Carnaby Street. Their lights are always slightly quirky and hugely popular. Last year they were inspired by Queen to coincide with the release of Bohemian Rhapsody and the year before they were carnival themed. This year the lights will take you on an underwater adventure with a sea-riously good theme inspired by the impact climate change is having on our oceans. The switch-on coincides with their annual shopping party on the 7th of November from 4pm. Sign up online to get the best discounts.

The main event in Trafalgar Square is the tree, it towers above the fountain and lights up the square. The tree is an annual gift from Norway, originally given as a token of gratitude for British support in World War 2. It also provides the perfect back-drop for the 40 groups of carol singers who will perform in the square in the build up to Christmas. The big turn on is the 5th of December.

The Chelsea Christmas lights stretch across Sloane Square, Sloane Street, Pavilion Road Duke of York Square and of course, the King’s Road. The lights on the King’s Road this year are brand new and inspired by the crown of King CharlesⅡ, who the road was originally built for and who famously returned Christmas festivities to the UK. The switch-on event is the 23rd of November and set to be a big one. From 2pm Sloane Square will be full of Christmas cheer, including wreath making, horse and carriage rides and roasted chestnuts!

The Marylebone Christmas lights switch on feels like a real community event and this year it’s on the 13th of November. The show starts at 3.45pm and has performances from local schools and choirs which make it a very special occasion. The lights themselves are beautiful but the whole atmosphere is a real reminder of why it’s the people of London that make the city so great.

This year Eccleston Yards are putting a twist on the standard Christmas lights and hosting an art installation to add a festive feel. Created by artist Squidsoup, Chromotherapy Christmas opens on the 28th of November and is made up of 500 individually suspended orbs each with their own ‘voice’. Apparently, the vibrations created by the orbs will energise the body, stimulate happiness and calm the body, we’ll definitely be checking this one out!

Now if the thought of all those lights doesn’t leave you feeling festive, we don’t know what will. Anyone for a mince pie?