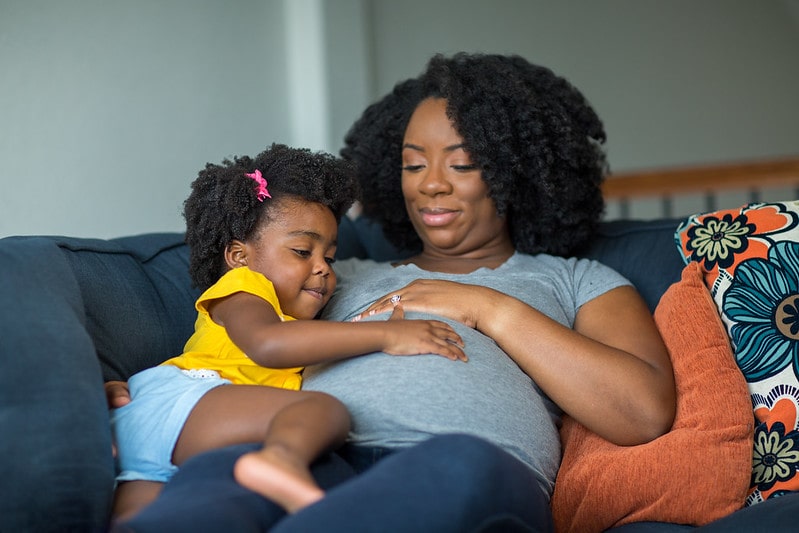 Choosing a  name for your precious baby girl is one of the most thrilling – and trickiest – decisions you'll make.

Happily, girl names beginning with W are some of the loveliest names around, whether you're after a classic girls' W name or a name starting with W inspired by nature.

Classic baby girl names starting with W will never go out of style for good reason, and we think these gorgeous girl names that start with W are perfect for anyone looking for beautiful baby girl names.

1) Walda (of German origin), the meaning of this girls' name is "ruler".

5) Wihakayda (of English origin), meaning "from the spring farm".

7) Wilda (of German origin), meaning "to strive". This is one of the strongest baby girl names that start with W.

8) Wilhelmina (of German origin), meaning "resolute protection". In addition to Willa for short, other options include Billie, Mina, Minnie and Wilma.

10) Williemae, a diminutive of Wilhelmina, but also used on its own. This baby girl name means "resolute protection".

12) Winifred/Wynnifred/Winfreda (of Welsh origin), meaning "blessed peacemaking". Winifred can be spelled various different ways (eg, Winnifred, Wynifred), and can be abbreviated to the equally cute Winnie, Win, Freddie or Freda.

13) Winnie (of English origin), meaning "for one" or "blessed and happy". Winnie is  popular pet name for a number of girls' names, including Edwina, Gwendolyn, Winifred, Guinevere, Gwyneth and Wynne.

15) Wynne (of Welsh origin, also Wyn), meaning "fair" or "pure". Can be short for Gwendolyn or Gwyneth, as well as a variation of Winifred.

16) Walker (of English origin), from the surname, but now used as a first name for a baby boy or girl.

18) Wanelle (of unknown origin), a pretty name for your baby girl.

20) Waylynn (of American origin), probably from a surname, but now used as a girls' name.

21) Weasy (of unknown origin). It was first recorded as a baby name in the USA in 1922 and since then there have never been more than five babies with that name recorded each year.

22) Weatherly (of English origin), taken from the surname, this baby name means "from the sheep meadow".

23) Welcome (of English origin), meaning "from the meadow near the weir".

24) Wellesley (of English origin), meaning "the farm among the willows". It makes a lovely girls' baby name.

25) Wendolyn (of Welsh origin), a version of Gwendolyn.

26) Weriod, one of the made-up baby names that can be given to a boy or a girl.

27) West (of Anglo-Saxon origin), a strong name starting with w that means "one who comes from the west".

28) Westlyn (also Westlynn, Wesley, of American origin), a combination of the names West and Lynn.

29) Whim (of unknown origin), this name can be given to a boy or girl baby and is most popular in Malaysia, but is also a common baby name in Australia.

32) Wicahpi (of English origin), is a combination of different words to make a baby name meaning "from the white moor".

33) Willa-Jo (of unknown origin), is a portmanteau of the girl names Willa and Jo.

35) Willodean (also Willodene, of American origin), this made-up baby girl's name may have first been used as a female version of William, with 'dean' added to feminize it.

36) Wilona (of English origin), meaning "longed for", could be the perfect baby name for your little one.

38) Windsor (of English origin), meaning "riverbank with a winch".

39) Winner (of German origin), is an unusual name starting with W and comes from the surname meaning "maker of baskets".

41) Winsley (of English origin), taken from the surname and now used as a girl's first name. It means "one who lives near a friend's hill".

43) Wonder (of English origin), this is a new girls' name that means "amaze" or "awe". This is one of our favourite baby girl names that start with W.

49) Wyllow (of English origin), means the name of a Cornish saint.

Nature-inspired baby girls' names beginning with the letter W have become very popular.  Names starting with W have a lovely sound to them and go well with many surnames. Try out the girls' names that start with W below and see if you don't agree.

52) Water (of English origin), for an unusual baby girl name.

53) Wave (of English origin). This name starting with W almost guarantees your girl will be the only one in her class.

56) Wilderness (of English origin). Probably taken from a surname, this is an unusual baby girl name.

58) Wind (of English origin). Another one-of-a-kind girl name starting with W from nature.

59) Windflower (of English origin), from a type of flower. While an unusual girl's name, it is a baby name gaining in popularity.

60) Winter/Wynter (of English origin), meaning "the coldest season of the year". This is one of the sweetest baby girl names that start with W.

62) Winterose, a combination of winter and rose. It was originally a surname.

67) Whitney (of English origin), meaning "of the white isle".

Girls' Names Beginning With W From TV, Films And Stage

Girl names starting with W that originate in films can be lovely, as our list proves. Baby names that start with W can also be unusual, lyrical and memorable, which is why W girl names seem to get so much attention.

71) Wednesday, from The Addams Family.

72) Wendla, a character in the musical Spring Awakening.

73) Wendolyn, from World of Warcraft, for a niche girls' name.

74) Wylla, a woman who it was hinted might be the mother of Jon Snow in Game of Thrones.

75) Wynry, from the Japanese anime TV series Fullmetal Alchemist Brotherhood. It's the name of a girl character who isn't afraid to stand up and fight for what she believes in.

W Names For Girls From Around The World

91) Weronica (of both Polish and Greek origin), meaning in Polish "true likeness" and in Greek "bringer of victory".