Viking Jobs (KS2) Everything You Need To Know 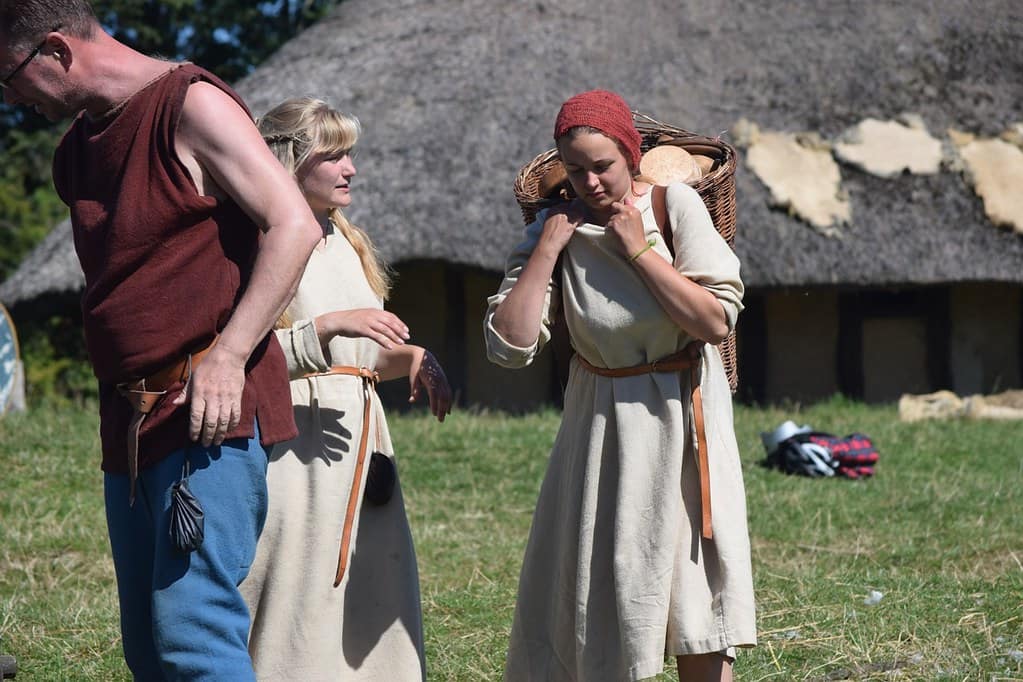 The Vikings are included in the KS2 history curriculum and are a fascinating topic for children.

Invading the British Isles between the late 8th and the late 11th centuries, the Vikings were a Scandinavian people who raided and traded their ways through Europe. In Britain, the Vikings clashed with the Anglo-Saxons and won through their descendants, the Normans, at the Battle of Hastings in 1066.

Life in the Viking age was not easy, with everything being made by hand and the entire family working to make a living. Farmers tended their crops and livestocks, traders travelled all over the world to bring back goods to sell and barter with, explorers went as far away from home as their boats allowed and craft people created beautiful and useful wares for the entire community.

To help your kids understand Viking life, why not have a look at the main jobs they did and what their settlements were like?

What Did The Vikings Do?

The Vikings were raiders, but this isn’t all they did! Some facts about the Vikings and what their daily life was like might surprise you.

Farmers: Most Vikings worked on farms and grew oats, barley, rye and wheat, as well as keeping animals like cows, sheep, pigs and chickens. Farmers were also responsible for grounding the grains into flour, porridge or ale. The entire family would usually get involved, from the children to the women who tended the livestock.

Fishermen: The Vikings loved fish and were excellent fishermen. The men would catch freshwater and sea fish, as well as hunt for whales.

Craftsmen: Craftsmen made everything others needed. Potters baked clay pots, bone and wood carvers; blacksmiths made tools and weapons; woodworkers and leatherworkers made plates, cups, belts and shoes; jewellers made accessories…

Explorers: The Viking age was a time of exploration. Leaving their Scandinavian homeland to raid and plunder in lands far away, the Vikings were excellent seamen and went all over the world: from Europe to the Middle East, Asia and even America. Leif Erikson, from Iceland, was the first European to “discover” North America in the 10th century. That’s 500 years before Cristopher Columbus!

Traders: The Vikings didn’t just farm and make goods for themselves, they also traded them. Markets were where traders would sell their wares. Bartering was commonplace, with some clans having coins but no common currency: value was determined by the weight of the metals.

Traders also brought goods back from their travels, silk, spices or furs from far away could be bought and sold in Viking markets.

What Were Some Specialised jobs?

With time, the early settlements of the Vikings became towns. With the expansion of their homes, some jobs become more specialised to meet the demands of a more sedentary life, as well as booming centres of life and trade.

Many goods were needed and traded as part of the daily Viking life. Entire families specialised on a particular trade, and most children would carry on with their parents’ trades, learning and helping from an early age.

Viking families all lived together in one home, called a longhouse, which was built from timber or stone and had a thatched or turf roof. There were no windows and no chimney, only some openings to let the smoke from the hearth out. Light was provided by oil lamps or candles.

Most Vikings were self-sustainable, and entire families would live and work in the same place, tending to the crops, the animals and the upkeep of their farm. Everything in Viking times was done by hands, so life wasn’t particularly easy and most Vikings had to be decent handymen to keep their farms running.

Viking society was pretty simple, with the King at the top. The most famous Viking King was Eric Haraldsson, or Eric Bloodaxe, a Norwegian King who ruled Northumbria in the 10th century and raided Scotland and the Irish Sea. Underneath the king, the Jarls were the nobles and very rich landowners and traders. The Karls were the everyday people, like farmers and craftsmen. The Thralls were the poor and slaves who did the hardest jobs.

The Vikings brought their beliefs to Britain, but no one was in charge of religious leadership. Everyone worshipped in their own way the many gods and goddesses of Scandinavia.