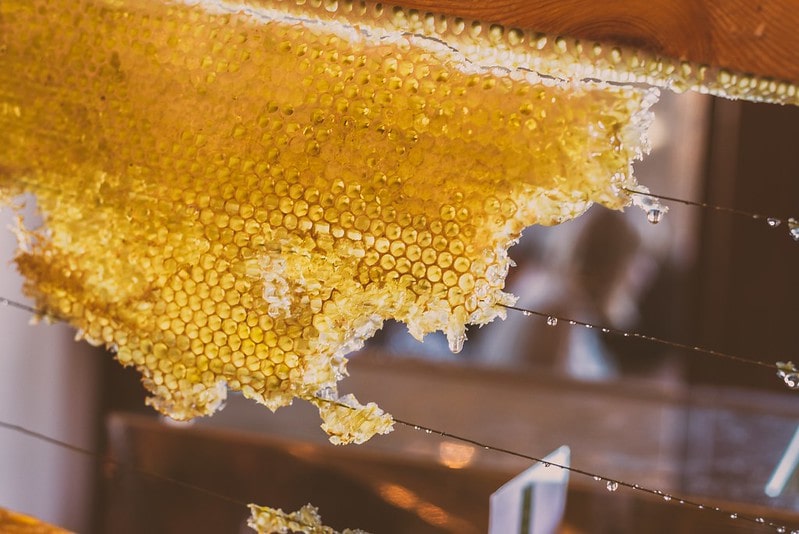 The Vikings are well known as fearless invaders and warriors that ruled between 793 to 1066 AD, but did you know they were also very skilled farmers and fishermen?

Here’s all you need to know about the diet the Vikings depended upon, the kind foods they would have enjoyed, as well as their mealtime practices and customs. We have also added a few authentic, easy Viking recipes for you to try with your kids at home, as well as Viking facts for kids.

The Viking diet was a simple affair, they ate what they could grow, farm or hunt, but the methods they used to smoke, preserve or salt their foods are still used in many places in the world today. If you are exploring diets from centuries gone by, take a look at our other posts such as Tudor food facts - or the Anglo-Saxons to compare.

The Vikings ate plenty of vegetables they could grow themselves, notably foods resilient to colder climates. These included:

Berries: Gooseberries, blackberries and blueberries. Berries were a popular choice for Vikings.

Meat: The Vikings reared animals for consumption, and they also were keen hunters. They often preserved and salted meat to keep it for longer through the harsh winters. These included:

Eggs: Both from hens and wild birds eggs. A popular Viking food.

Viking fishermen used both nets and barbed hooks to catch fish. They caught freshwater fish (such as trout, salmon and eels) in the many lakes of Europe and herring, mackerel and cod fish in the Baltic Sea, the North Sea and the North Atlantic Ocean. Fish formed a significant part of the Viking’s diet and was a popular food choice.

Honey was an essential staple food in any Viking diet; they would use it sweeten food, make delicious treats or for the famous Vikings alcoholic drink- mead.

Vikings enjoyed herbal teas, as well as pulping fresh apple juice. The Vikings also enjoyed alcoholic drinks, such as mead, wine and beer to wash their food down.

An assortment of breads were typical in the Vikings daily diet. The Vikings ate rye breads, barley breads, as well as flatbreads.

How Did the Vikings Eat and Prepare Their Food?

Food was usually prepared around a hearth situated in the centre of the main living area, although wealthier Viking dwellings had separate kitchen areas. They would use a huge iron cauldron to cook meat and make stews. Some animals and birds were roasted on spits. They also employed methods such as burying food in fire pits.

When it came to crockery, the Vikings ate from bowls and plates made of wood, pottery or a soapstone pot. They often used horns and carved bones as drinking vessels. They didn’t use forks. Instead, they used their fingers and very sharp knives to position and cut their meals into bite-size mouthfuls.

This recipe is modified from the Över Öppen Eld Vikingatida Recept (Over an Open Fire Viking Age Recipes). Serves 4. This soup is a classic taste of what the Vikings ate.

Vikings would harvest nettles early in the spring months. To avoid the painful sting of the fine hairs of the nettle, be sure to wear gloves or pull the stalk very firmly. Fun fact- Did you know Nettles are rich in vitamins and minerals? They were the perfect way to replenish the body after a long cold Viking winter, a popular day meal.

1 quarter of a stock cube.

A pinch of salt

A handful of freshly chopped chives

First, wash the nettles thoroughly. Cover nettles with the stock and boil for 5 minutes or until just tender. Drain the liquid off the nettles and put aside and chop the nettles. Then, melt the butter in a pan. Add a pinch of flour to the butter and stir until it starts to become brown, then gradually add the stock. Add the nettles back into the pan, then simmer for 3 to 4 minutes. Season the soup with thyme, salt, chives, and marjoram. Place the soup into individual bowls and garnish with chopped egg yolk.

The Vikings loved to eat plenty of vegetables, especially foraged ones like mushrooms.

Serves 6 as a starter, or 4 people as a vegetarian main course.

A good pinch of salt,

A tablespoon of roughly chopped parsley.

Clean the mushrooms and trim the stalks, slice them in half vertically. Finely chop the garlic in a wooden bowl, then add the salt and crush it to a paste using the back of a wooden spoon (You could also use a pestle and mortar to be more authentic). Next, combine the garlic with the butter and parsley. Next, heat a small knob of butter in a pan and add the mushrooms, and keep cooking for around 30 seconds. Turn the mushrooms over and spoon some of the garlic and herb butter into the cup of each mushroom. Cook further until the butter has melted through the mushrooms (1 to 5 minutes depending on the size). Serve right away with some fresh bread to mop up the juices.

A good pinch of salt

1 tbsp melted of vegetable oil and water to mix

First, mix all the ingredients in a large bowl until you have a fairly wet dough. Then cover the bowl with a damp tea towel and leave out of the sun for around 30 minutes, by which time the dough will have solidified. Add flour to your hands, break off walnut-sized pieces of dough, and shape them into flat cakes. Bring your pan to a hot temperature, or the oatcakes will cook slowly and turn into hockey pucks! Cook the cakes quickly for approximately 30 seconds on each side. You can serve the oatcakes hot or cold, with just about anything.

Shelled almonds, hazelnuts or pine kernels (one for each date)

A pinch of salt and pepper

Pit the dates and fill with the nuts and a little pepper. Next, roll the dates in salt and heat the honey in a frying pan. Fry the dates briskly and then serve.

A handful of blackberries, and a little butter and honey

Wash the blackberries thoroughly before use. Then, flatten egg-sized pieces of bread dough with your hands (or flatten them on a floured chopping board), making them as thin as possible. Next, place the berries on top of the dough, add a small knob of butter and a drizzle of honey. Sprinkle some water around the edge of the dough, fold it in half, and seal it firmly by pressing the edges together. Place your patty in a medium-hot pan (as for the bread), and cook until golden, turning occasionally. Serve hot or cold. Be careful to let the patties cool before you give them to children, as the fruit filling can be scalding.