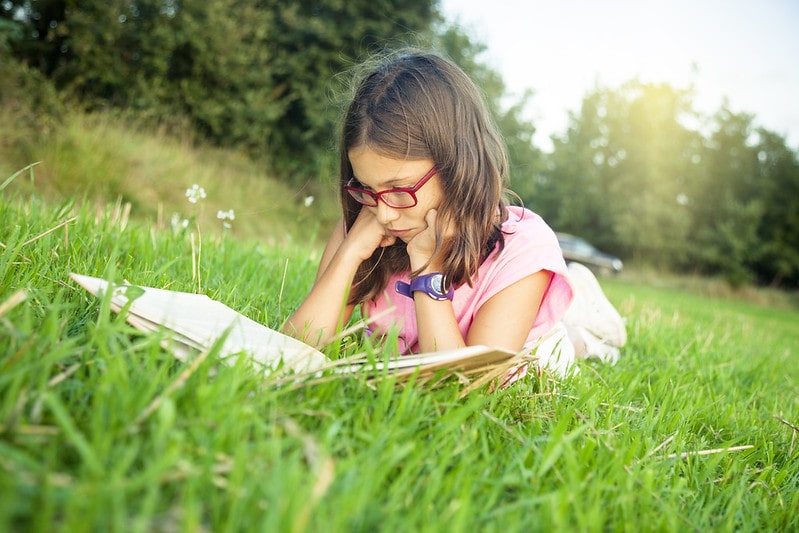 The Victorian era was an amazing time for creativity.

From advancements made through the Industrial Revolution to their incredible inventions, it was a time of huge significance. And it wasn't just technology that was thriving - the art and culture scene was too.

Some of our most famous and well-loved authors date from the era. So, if your children are diving into this fascinating topic this term, and you're keen to get involved, here's our easy guide to Victorian poetry.

What Is Victorian Poetry?

Victorian poetry is the name for any poems written during the reign of Queen Victoria (1837-1901), and children usually learn more about the topic in Years five and six.

It is divided into two main groups: High Victorian Poetry (including the works of Alfred Tennyson, Robert Browning and Elizabeth Barrett Browning) and the Pre-Raphaelites (including Dante Gabriel Rossetti, Christina Rossetti and William Morris).

There are a number of defining characteristics of Victorian poetry.

Sensory Imagery: Writers of this time didn't simply describe - they worked to engage all of the reader's senses to build a vivid picture through language.  For example, in the poem 'Mariana' by Alfred Tennyson, he writes, "The doors upon their hinges creaked; / The blue fly sung in the pane; the mouse / Behind the moldering wainscot shrieked." He didn't just talk about an old door in a house filled with mice: each individual element is given a sensory descriptor such as 'creaked,' 'sung,' 'moldering,' and 'shrieked.'

Sentimentality: Whilst some poets of the time weren't keen on romanticising, given some of the dreadful conditions faced by many people at the time, many poets loved sentimentality, and continued their work in the vein of the Romantics. Poets like Emily Bronte and Alfred Tennyson often used sentimentality in their work and husband and wife poets Elizabeth Barrett Browning and Robert Browning even used their poetry as love letters to each other, most famously Elizabeth's 'How do I love thee' is an example of this.

Forward thinking: The Victorian era was a time of change, so poetry of the time often championed science and technology, questioned God and Christianity, featured a sense of social responsibility and put a focus on city life over traditional rural living. Poets like Elizabeth Barrett Browning also used their poetry to challenge traditional roles for women and address issues like slavery.

Fables: The Victorian era saw a renewed interest in fables and medieval legends. Victorians loved the heroic stories of medieval knights and, tied to their fondness for sentimentality, they hoped to regain some of that noble, chivalrous behaviour of old. They often took inspiration from myth, folklore, Arthurian legend and Old English poems like Beowulf.

Authors began producing nonsense poetry for children in the early nineteenth century. They don't always make sense, and use a mixture of real and made-up language to amuse and entertain, so they're a great way to introduce Victorian poets to children.

The style was initially popularised by Edward Lear, who's most famous nonsense poem is 'The Owl and the Pussycat,' which was published in 1871.

"The Owl and the Pussycat went to sea

In a beautiful pea green boat,

They took some honey, and plenty of money,

Wrapped up in a five pound note."

'Jabberwocky' by Lewis Carroll, author of Alice's Adventures in Wonderland, is another brilliant example that children will probably have heard before.

'Twas brillig, and the slithy toves

Did gyre and gimble in the wabe:

All mimsy were the borogoves,

And the mome raths outgrabe."

Christina Rossetti was a very well regarded poet and as well as writing two beloved Christmas Carols, she also wrote children's poems.  'Remember' and 'Goblin Market' are still loved today, and kids are sure to love the fun 'Mix A Pancake:'

Pop it in the pan;

Catch it if you can."

If your children like to tell scary stories, they might enjoy the infamous poem 'The Raven' by Edgar Allen Poe - they may have even seen the episode of The Simpsons that was based on it.

"Once upon a midnight dreary, while I pondered, weak and weary,

Over many a quaint and curious volume of forgotten lore—

While I nodded, nearly napping, suddenly there came a tapping,

As of some one gently rapping, rapping at my chamber door."

If you want to bring everything you've learnt about Victorian poems to life, why not try out these fun and engaging activities with the kids?

Write A Nonsense Poem: Give children a theme, or they can pick one themselves, and encourage them to use all their imagination and creativity to invent the silliest poems they can.

Illustrate A Poem: Ask children to choose their favourite poems and draw pictures for them, as if they were illustrating a book. What do they think a Jabberwocky or a mome rath looks like?

Victorian Or Not? Give children a selection of Victorian and modern poetry - can they figure out which is which?