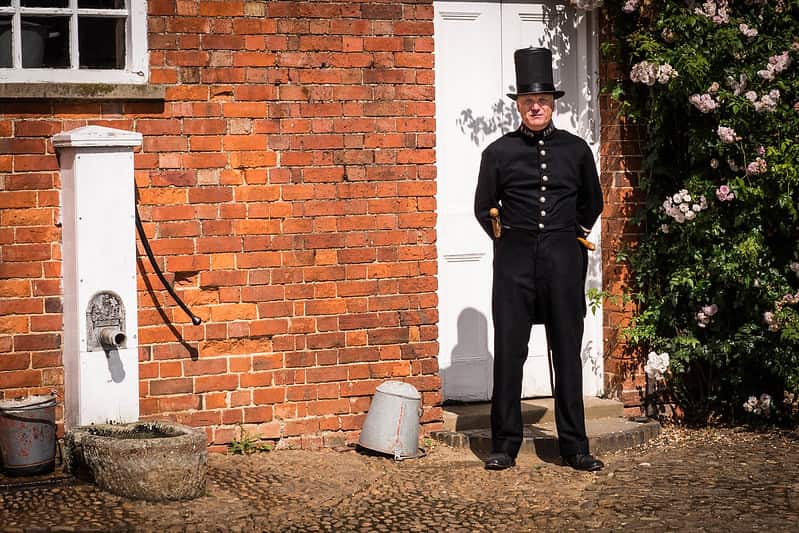 When Queen Victoria took to the throne after the Regency period, crime and punishment was an increasingly important issue to address.

There was rapid expansion and an increase in crime in the new towns. Crime and punishment in Victorian times was very severe and many people would spend their life imprisoned doing work designed to be demotivating.

We have put together the facts to make teaching this history topic to your KS2 children easy.

What Were Some Different Types Of Victorian Crimes?

Throughout history, crime has always been an issue.  During the 63 years of Queen Victoria's reign, theft became a huge problem in the recently formed towns.

Pickpockets would often be orphaned Victorian children recruited into gangs who would teach them how to steal and get away with it. Some pickpockets would be taught how to cleverly disguise themselves to avoid capture by the police. Many children did not go to school and so would end up joining gangs instead.

Within schools, children were physically punished by being hit, boys were caned and girls were hit across their hands or legs. They were punished this way for rudeness or misbehaving in class.

It was far less safe for women to travel alone as kidnapping and assault were more prevalent in towns.  It meant that often, women were escorted to and from their destinations or travelled in groups.

At the beginning of the Victorian period, children would be sent to adult prisons. A Victorian Gaol was a very horrible and traumatic place where prisoners were expected to take on tough physical work.

Most criminals, from high profile criminals to people committing smaller, petty crimes were all sent to a similar prison. All offenders were treated badly within prison because the aim was to deter people from committing crimes by making them a nasty place to go. Being sent to prison for many years or life was a terrible and horrible experience.

Later on, prisons for young people who offended were created. Children who committed crimes were sent here. They were called "Reformatory Schools" and were also horrible and traumatic places for children to be sent to.

What Were Some Common Punishments In Victorian Times?

Victorian prisoners often had to do hard physical labour. There was also very little policing within prisons during the Victorian times therefore offenders sent to prison often had to endure assaults from the other inmates, theft and fighting. Here are some other punishments given out within prisons to discourage people from committing crimes.

These punishments often had no purpose other than to tire out the inmates.

The treadwheel was a giant wood and metal wheel with steps, the person being punished had to push on the steps to move the wheel.

Picking oakum involved pulling apart tarred rope so that the fibres were ready to be re-wound.

Some prisoners had to turn a crank 10,000 times a day to earn the food they were given in the prison. This was often given out as an extra punishment when people caused problems within the prison.

Other common Victorian punishments included: public whipping, beating, physical labour or sent into the army or to another country

Why Were Punishments In Victorian Britain So Severe?

Responding to crime in Victorian times was about punishing the people who committed crimes, to prevent them from doing it again. The harsh punishments were also meant to deter others from committing the same crimes. This meant that many common punishments were extremely harsh, such as imprisonment for life for theft and many people died in prison.

There was no official police force for a lot of the Victorian period. Groups of people would try to catch criminals. It meant these groups could punish criminals on a local level, however, the groups wanted to.

Sir Robert Peel introduced the first police force to try to lower the rate of crime in London. Many other towns formed similar organisations. The first police used rattles to sound the alarm that they were catching a criminal and had truncheons to use as weapons to hit criminals committing crimes.

How Can You Teach Your Child Victorian Crime And Punishment?

Year 3: For younger pupils, pictures and videos in a lighthearted design can help convey these Victorian facts.

Year 4: You could look at a case study of a crime committed in Victorian Britain and the punishment. One interesting one is John Walker- convicted of stealing onions. For those moments where you need some inspiration, you might want to watch some Horrible Histories and reenact a scene at home. If you have any onions around the house, this could be an opportunity for a hilarious history role play.

Year 5: For these pupils, you could look into the Victorian prisons in more detail. This could be an opportunity for some crafts and art activities to do

Year 6: For older pupils, looking into more serious case studies and punishments can be helpful.

How Is Victorian Crime And Punishment Usually Taught To KS2 Children?

Year 3: To learn about the separate system in the gaols, children may be given a task such as creating a cube or building something. They can sit in a group but must remain silent for a timed period (eg. five minutes).

Year 4: History case studies about strange crimes can be interesting when delivered as a story by the teacher.

Year 5: They are taught more complex crimes committed by Victorians such as white-collar crimes and drug trafficking. They may learn in more detail about the crimes and subsequent punishments.