Victorian Christmas (KS2): Everything You Need To Know 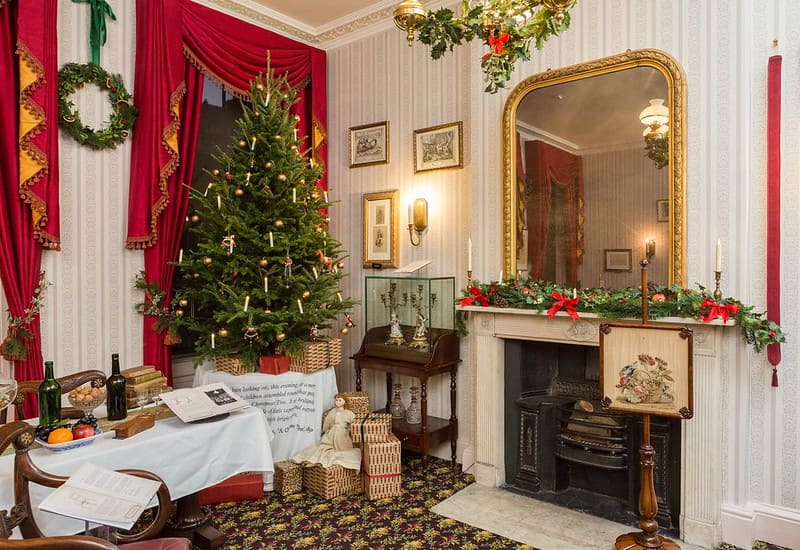 The Victorian Era always makes for a fascinating history lesson. From their methods of crime and punishment to their school system, kids are always amazed by how many of our current ways of life come from this period in time.

And Christmas is a great example of that. With Christmas tree and cards, crackers and even the turkey dinner, children will love learning about where all their favourite Christmas Day traditions come from.

Although it seems like a long-standing tradition, Christmas wasn't really celebrated before the beginning of the 19th century. But by the end of the century, Christmas-fever had taken hold: it became the countries biggest annual celebration, and spawned the majority of the traditions we know and love today.

Although Charles Dickens is sometimes credited with inventing the traditional Victorian Christmas, that isn't the case. But his famous novel A Christmas Carol did play a part in its rise in popularity, and the spread of its new traditions. From the preparation and eating of the feast, the decorations and gift giving, carols and parlour games, the Victorians centred Christmas around family and the key themes found in A Christmas Carol - those of family, charity, goodwill, peace and happiness - completely encapsulate the spirit of the Victorian Christmas.

In 1843, Sir Henry Cole, famous civil servant and inventor, who is credited with the design of the world's very first postage stamp the Penny Black, commissioned an artist to design the first Christmas card. The illustration showed a group of people sat happily around a dinner table, with a Christmas message, and were originally sold for one shilling each. People instantly fell in love with the idea, but as a shilling was far too expensive for the average Victorian, many children (including Queen Victoria's!) decided to make their own Christmas card.

However as this was the heart of the Industrial Revolution, factories soon introduced more efficient colour printing technology and the price of card production dropped significantly. Combined with the introduction of the halfpenny postage rate, this meant that by the 1880s, sending a Christmas card had become affordable and hugely popular - 11.5 million cards were sold in 1880 alone.

Many historians attribute the development of our core Christmas traditions to Prince Albert, husband of Queen Victoria. German-born, he allegedly brought many of his favourite childhood traditions with him when he came to England.

In 1848, The Illustrated London News published a drawing of the royal family celebrating, all sat around a beautifully decorated Christmas tree, and soon every home in Britain had a similar tree, adorned with sweets, fruit and nuts, candles, homemade decorations and little gifts.

In 1848, inspired by a trip to Paris where he discovered 'bon bons' (sugared almonds wrapped in twirls of paper), British confectioner Tom Smith invented the first Christmas cracker: a simple package filled with sweets that snapped when pulled apart. As the era progresses, the sweets were replaced by mottos, love notes or jokes, small gifts and paper hats.

The tradition of using evergreen foliage in decorations has been around since Medieval times, but the Victorians decided to supercharge them. Instead of hanging simple sprigs on walls and windowsills, they developed a much more elegant and elaborate style and uniform, careful placement. In 1881 Cassell's Family Magazine stated: "To bring about a general feeling of enjoyment, much depends on the surroundings… It is worthwhile to bestow some little trouble on the decoration of the rooms".

Traditionally, people gave gifts at New Year, but with the surge in popularity and importance of Christmas, the tradition was moved. Like many Victorian Christmas traditions, presents began modest, for example, fruit, nuts, sweets and little handmade gifts that were hung up on the tree. But with factory production, and the idea of gift-giving becoming more and more important to the celebration, soon gifts were bigger, shop-bought and placed below the Christmas tree.

However, a poor child could only expect an apple, orange and a few nuts in a stocking.

Much like the evergreen foliage, the Christmas feast has its roots in the Middle Ages, but it's during the Victorian Era that it began to assume the form we recognise now.

Previously roast beef and goose were the centrepiece of the middle class Christmas Day dinner, with poor communities making do with rabbit. Initially, turkey was introduced by wealthier Victorians in the 19th century, but by the beginning of the 20th century, its size and reduction in cost meant that roast turkey became the traditional Christmas meal for most middle class families.

Mince pies are another tradition dating back to Tudor times, and even early Victorian recipes show that mince pies were still made from meat. But during the 19th century, meat-free mixes grew in popularity and became the fruity mince pies we know today.

Carols had been around for many years but had somewhat fallen out of fashion. The new tradition of Christmas saw the revival of carols, where old words were set to new tunes. The Victorians came to consider carols a must-have form of Christmas entertainment and the first major collection of carols was published in 1833.

Father Christmas, or Santa Claus, has many different influences. Father Christmas was originally part of an old English midwinter festival, and was dressed in green as a sign of the returning spring. St. Nicholas, or Sinter Klaas, came via Dutch settlers to America in the 17th Century and from the 1870s became known in Britain as Santa Claus. It was then in the Victorian era that his reindeer and sleigh for gift-giving became popularised.