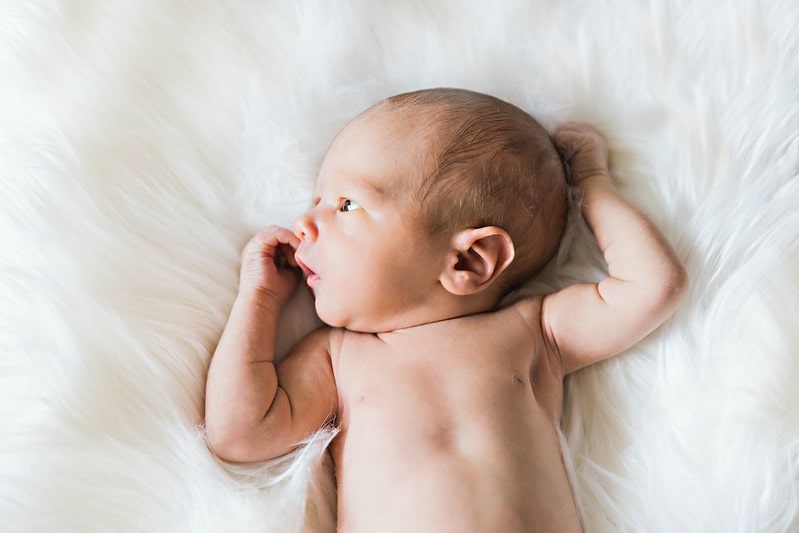 Rolling rural countryside, fabulous farmland, and a dramatic coastline that boasts beautiful beaches - England's south-west county of Cornwall has it all.

But did you know that it has also inspired an array of unusual Cornish names that are perfect for any baby girl? We list 113 of them here, so that your sea maiden can channel the call of the rugged Cornish county.

Plus, if you're looking for further inspiration, turn to our lists of unusual Cornish boys' names, or ocean names for girls - they're sure to provide oodles of ideas for baby names.

Plenty of Cornwall's villages and towns are named after saints, but many also have a lyrical quality of their own that has led to their becoming the perfect addition to our list of Cornish girl names. For any fans out there, can you spot the Poldark reference here?

1) Demelza - Found between Newquay and Bodmin, Demelza is a hamlet in the Parish of St Wenn.

2) Enys - The Enys Estate is a place on Penryn's outskirts, near Falmouth.

3) Lamorna - Lamorna Cove is a place in west Cornwall, on the Penwith peninsula.

4) Morvah - Derived from the Cornish 'morveth' which means 'a place by the sea'; also a village in the county.

5) Morwenna - The village of Morwenstow in north Cornwall's patron saint is Morwenna, and the namesake for this Cornish baby name.

6) Nampara - This Cornish place name comes from the north Cornwall town of Perranporth.

7) Tamara - A legendary figure who gave her name to the River Tamar. Tamar is an alternative name option inspired by the river itself.

8) Zennor - As well as being unisex, Zennor is also a place name, after the Cornish village located in west Cornwall, and also takes its influence from the legendary Mermaid of Zennor.

Cornish vocabulary and lexis is Celtic in origin, and, along with Welsh and Breton (a French variation), is a Brythonic language. The heritage of these three languages is notable in the Cornish language, which also has deep roots in Celtic and Gaelic mythology and lore. This lends this list of Cornish girl names an ethereal quality: any of them would make the perfect quirky Cornish baby girl name.

10) Bersaba - The medieval form of Bathsheba.

11) Chesten - The Cornish form of Christine, meaning follower of Christ.

12) Conwenna - Possibly derived from old Celtic, and the wife of one of Cornwall's legendary kings.

13) Eseld - The Cornish vocabulary form of the name Isolde.

15) Kerensa - Derived from the Cornish for 'love'. Variations include Kerenza, Karenza, Karensa and Carenza.

16) Loveday - Not traditionally Cornish, by the nineteenth century this name was largely confined to Cornwall.

17) Meliora - A name used from the thirteenth century. A variation is Melyor.

19) Morwen - Derived from the Cornish for 'maiden', and meaning virtuous.

21) Vivian - The Vivian family were a notable Cornish family, and the name was first recorded in the thirteenth century. Interestingly, although surnames were used by the English in the medieval period, Cornish people were typically identified by a single name, which was used to identify them. Though a surname originally, then, Vivian was also a first name. Vyvyan is the alternative, and original, spelling.

Many of the most recognisable modern names have Cornish vocabulary versions which are usually spelled slightly differently. They're unique options for any baby girl, recalling the rugged landscape of the county.

22) Alis - The Cornish version of Alice.

27) Eva - The Cornish form of Eve, after the Biblical figure.

28) Jenefer - The Cornish form of Guinevere, queen to the legendary King Arthur.

30) Jenna - The Cornish equivalent of Jane.

31) Josepa - The Cornish equivalent of Josephine.

32) Stefana - The Cornish version of Stephanie.

33) Tegen - The Cornish vocabulary meaning of this name is 'pretty'. It's standardised in English spellings to include Tegan, Teigan and Tiegan.

Cornwall is a county of many landscapes - from farmland with grazing sheep to the wild coastline against which the Atlantic crashes. There are also moorlands in its centre, so nature is an essential component of Cornwall and its identity. These Cornish names demonstrate that connection to all things earth and sea, and would be the ideal option for any baby girl named in or after Cornwall.

40) Colenso - A Cornish name meaning 'from the dark pool'.

46) Gwennol - Contemporary Cornish vocabulary name for a swallow, after the bird.

47) Hedra - The Cornish vocabulary version of the month of October.

49) Keresen - A contemporary Cornish word meaning 'cherry', and can be spelled Kerezen.

51) Metheven - The Cornish vocabulary version of the month of June.

55) Rosevear - A name meaning 'from the moorlands'.

These names are less traditional, but still great options for any baby girl. Many are a Cornish translation of easily-recognisable English words, and are therefore fabulously unusual Cornish monikers to name any girl.

60) Emlyn - Coming from the Welsh, meaning 'morning' and the beginning of a new day. It's also a unisex moniker, perfect for both girls and boys.

66) Lowena - Meaning 'joy', with the alternative spelling of Lowenna.

68) Melwyn - Like Melder above, a Cornish name meaning 'fair honey'.

Wales and Cornwall have a particularly shared history, with much of their mythology and lore influencing and informing each other's cultural heritage and language. King Arthur is a figure of myth who features heavily in the stories from both (the ancient kingdom of Dumnonia was what is now Devon and Cornwall), and several early Welsh and Breton saints settled in Cornwall, giving their name to the landscape and people.

81) Aswen - A Cornish saint who gave her name to the period of Advent. Also patron saint of sweethearts.

82) Beryan - St. Beryan was an Irish princess renowned for her healing abilities who travelled to Cornwall.

84) Endelyn - A saint who also gave her name to the village of St. Endellion.

85) Gwennap - Both a village near Redruth and a saint who gave her name to that village.

87) Kew - St. Kew gave her namesake to a village near the popular spots of Padstow, Port Isaac, and Polzeath.

88) Mabyn - Mabena is a variation, and commemorated in the village of St. Mabyn.

89) Merryn - A unisex moniker coming from the place St. Merryn, derived from the Old Welsh for 'born of the sea'.

90) Nonna - Nonna was the mother of St. David of Wales, and also gave her name to Altarnun, a village on the north-east corner of Bodmin Moor.

91) Senara - Possibly coming from the Celtic seno meaning 'old' and waro meaning 'hero'. Senara was a Cornish saint who gave her name to the village of Zennor.