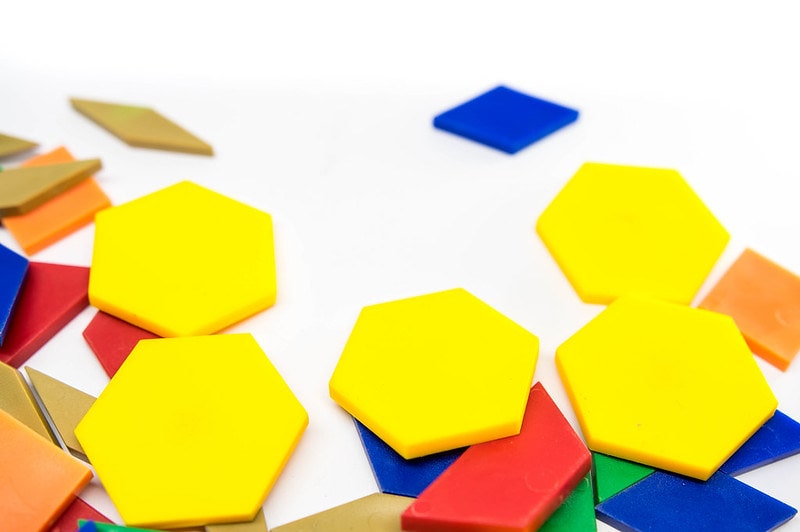 Translations in maths are a bit funny - shapes appear to change but they aren't actually changing.

What Exactly Is A Translation In Maths (KS2)?

A translation is a way of moving a shape: either to the left or right, up or down, or a combination of those. When you translate a shape, you move it from one position to another either in a horizontal direction or a vertical direction.

What Do KS2 Children Need To Know About Translations?

Translations come under the geometry in KS2 maths, and children are introduced to this topic in Year 5 and reiterated in Year 6. Shapes are presented on squared paper and asked to move the shapes a certain number of places to the left, right, down or up, before re-drawing the shape in its new position.

-How to draw, identify and describe where a shape is positioned, using appropriate language;

-How to translate shapes on square paper;

-How to translate shapes on a coordinate grid, in all four quadrants;

-How to describe the way a shape has been translated, using numbers;

Translations are best understood when shapes are either on a coordinate grid or squared paper. When practising translations with kids, have them work on squared paper, drawing the shapes in pencil to make things easier.

How To Translate A Shape

Here is how to translate a shape when given or shown its positioning (for example "Translate the following rectangle 5 squares to the left and 1 up"):

1) Choose one corner of your shape to focus on (such as the top-left corner).

2) Translate only that corner 5 squares to the left, then 1 square up. Mark on the new position of that corner on the squared paper with a little dot or cross.

3) Choose the next corner of your rectangle, translate only that, and mark on its new position.

4) Continue translating the shape one corner at a time and once finished, join up the points you've marked to recreate the original shape.

It's best to translate the shape one corner at a time, to avoid being confused.

When describing translations, start off by mentioning how many places it's moved to the left or right, then comment on how many squares it's moved up or down. In other words, describe the horizontal movement first, followed by the vertical.

-Grab a pencil and some squared paper and draw two shapes in different areas of the page (keep it simple: squares, rectangles and triangles). Then, ask kids to describe how one shape can be translated so that it's right next to (or above or below) the other.

-See what patterns kids can make by translating copies of the same shape in different areas on the page!

-Grab some coloured card and cut out some squares, rectangles and triangles of different sizes. Take one and place it on the squared paper, then ask children to translate it in the way that you specify.

-Play 'Guess The Translation': have the kids move their drawn or cut-out shape in any direction, and see if you guess it correctly. Then take turns and see how quickly you can answer!

-For a jumbo translation activity, use toys instead of shapes for translating, and a mat with large squares on as your grid.