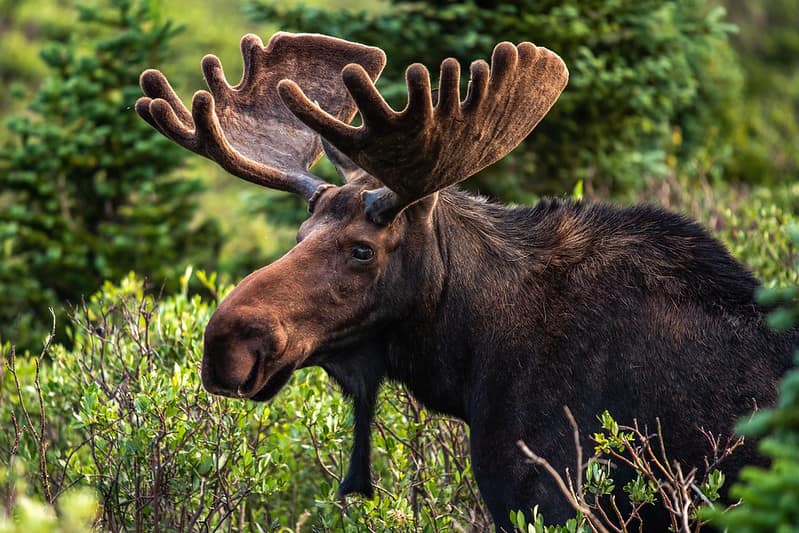 If you caribou-t making your friends laugh, we've got just the article to fill up some free time.

Jokes about animals are a firm favourite, so we know you'll like this selection of the best funny moose puns for children. Our collection of the best silly moose jokes, one liners starring elk, and cute moose sayings funny enough to keep you laughing for hours will keep your friends and family a-moose-d all summer.

Moose are funny creatures. Both European elk and American moose are types of deer. They're the biggest and heaviest species of deer, and can be as tall as 2.10m! Although they're not really moose (they're closer to reindeer), caribou are another related species, and they've managed to sneak on to the list a few times too, because we don't like to leave anyone out.

Our list of hilarious moose puns will get you and your friends and family giggling all summer long.

What Do You Call These Funny Moose Jokes?

Make sure you know a few of these moose-related puns when you get back to school if you want to make your friends laugh.

What do you call a sleepy boy moose? A bull dozer.

What do you call a moose that makes films? The deerector.

What do you call a celebrity elk? Famoose.

What do you call a moose that plays piano? A moose-ician.

What do you call a moose who's always late for work? Unrelia-bull.

What do you call a moose that went to the optician? Good eyed deer.

What do you call it when a moose tells a story? A tall tail.

What do you call a composer who's a moose? Amadeus Moose-zart.

What do you call a moose lying on its back? Relaxed.

What did the moose say when the elk stole her chocolate? How deer you!

What did the moose name her daughter? Elke.

What did the moose say when he realised he got the spelling on his shop sign wrong? I've made a huge moose-take.

What game do moose play at sleepovers? Truth or deer.

What brand of suitcase do moose use? Antler.

What do moose say when they get stuck up a tree? Elk me!

What do moose eat for breakfast? Moose-li.

What did Queen Victoria say when a moose told her a joke? We are not a-moose-d.

What do you say when a moose tells you something sad? Oh deer.

What do you get if you cross a moose with a ghost? A cari-boo.

What do you call it when a moose eats your lunch? Annoying.

Did You Hear About These Moose Puns?

Spend some time memorising these moose puns - you'll find your family and friends will love them.

Did you hear about the moose comedian? He was very a-moose-ing.

Did you hear about the moose who got caught cheating in her maths test? She was using a cow-culator.

Did you hear about the moose that came out of the national park and robbed a bank? He led the police on a wild moose chase.

Did you hear about the moose who went rock-climbing? She held on for deer life.

Did you hear about the moose who cried at the funeral? He lost a deer friend.

Did you hear that a moose sat on my car this morning? No way, you moose-d be kidding me.

Did you hear about the moose that dropped out of the Olympics? She had a problem with her calf.

Did you hear about the big group of homeless moose? No, nobody's herd.

We know these classic question-and-answer moose puns will have your whole family laughing.

Why wouldn't the moose tell you his name? He wanted to stay anony-moose.

Why don't moose do archery? They're afraid they might hit a bull's eye.

Why did the moose mum go on holiday? Because she had a wee calf.

Why did the moose go on Spotify? He wanted to listen to moose-ic.

Why did the moose get ignored by her friends? They hadn't herd her say hello.

Why did the man feel vulnerable after his pet moose got lost? Because he was elkless.

Why did the moose find a pound under her pillow? The hoof fairy left it there.

Why did the moose cross the road? To prove it wasn't chicken.

Why wouldn't the moose sign an autograph? He wanted to be anony-moose.

How do you start a letter to a moose? Deer whoever...

How do you tell the difference between a cow and an elk? One moos, the other moose.

Where do moose like to spend their free time? The moose-eum.

Where do moose get their news? The moose paper.

Where do baby moose go at lunch time? The calf-eteria.

Where do moose go to play computer games? The a-moose-ment arcade.

What do you get if you cross an elk with a hippo? A hippopotamoose.

What do you get if you cross an elk with a rollercoaster? An a-moose-ment park.

What happens when a moose gets cold? She gets the moose bumps.

What's as big as a moose, as flat as a pancake and weighs nothing? The moose's shadow.

What's the most important use for moose hair? To keep the moose warm.

What did the moose say to her mum? I love you deerly.

What do you get if you put an elk and a gazelle next to Australia? Moose Eland.

What do you say if a witch turns you into a moose? Oh deery me.

Who's the richest elk ever?  Mansa Moose-a.

Ex-moose me, but have you heard these funny moose sayings?

A moose went into the supermarket, but walked straight back out again. It was too deer.

A man wanted to hire a moose, so he put a chair under each hoof.

A moose went to the shop to get some treats. The shopkeeper said, "Why the long face?"

The moose missed the bus so he decided to hoof it.

A moose wobbled and fell over in front of his friend. "You silly pudding," the friend said.

If you tell anyone one of these funny moose tails and don't get a laugh, it's a sure sign they've got no sense of humour.

A tiger accidentally bought a deer steak at the supermarket. "I'm not beef," it shouted as he picked it up. It was an honest moose steak.

Grandpa thought moose were falling from the sky. Gran looked out the window and sighed. "It's just rein, deer," she said.

Your Rats Are How Big?

A Scottish man won a free holiday to Canada in a competition. When he got to the hotel, he saw a moose out of the window.

"A wee moose? If that's how big a moose is, the rats must be as big as elephants!"

A lady brought two baby moose with her when she went to the gym. She got on a running machine, and put the moose on the machines on each side. One of the staff walked past and stared.

"Excuse me," he said. "Why are you bringing moose to the gym?"

"Oh," said the lady. "My running coach said I needed to work out my calves."

Where Do Moose Come From?

A moose calf called round to an elk calf's house to see if he wanted to play. The elk calf answered the door.

"Do you want to come and play at mine?" asked the moose. The elk turned round to his dad.

A wolf was out hunting in the forest. He caught a rabbit and a fox before a moose came wandering through. The wolf stood to one side.

"How come you didn't try to eat me?" asked the moose.

Two friends were walking in Canada when they saw some moose.

"Look at that bunch of moose over there!" shouted one.

"Heard what?" asked the first lady.

"Of course I've heard of moose, how silly do you think I am?"

If you don't know these moose-related knock knock jokes, it's a sign that you're seriously missing out.

Isn't that the dragon from Mulan?

Is that where you're going on holiday?