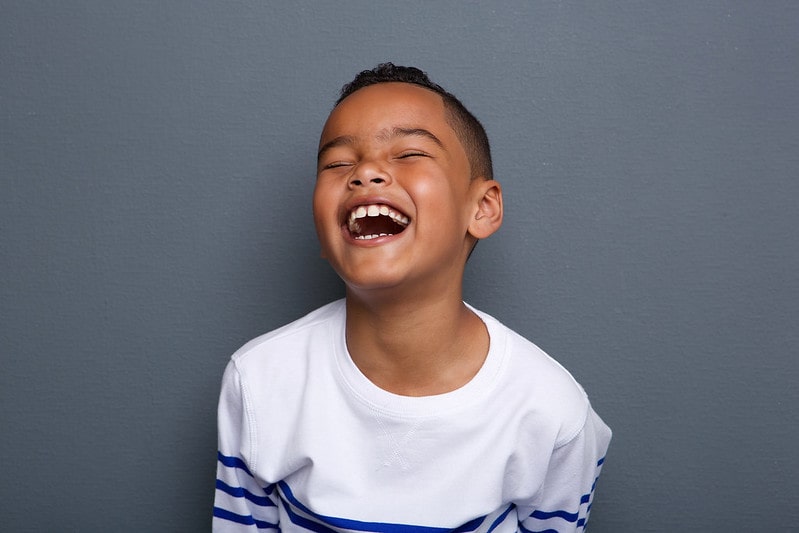 History can be horrible, but it can also be hilarious!

Us humans have been around for thousands of years, so it's no surprise that there are plenty of funny historical jokes. From Groovy Ancient Greek quips to Terrific Tudor puns, have a blast with this list of the best jokes about history.

2) Why did the mummy go for a relaxing spa and massage? He was all wound up!

4) Why was the Pharaoh boastful? Because he sphinx he's the best!

5) How did brave Ancient Egyptians write? With hero-glyphics!

6) Which Pharaoh played the trumpet? Tooting-khamun!

Greece was known for its quirky philosophers and awesome warriors. Read some of our hilarious history puns about Ancient Greece below.

7) What do you call a musician who just saw Medusa? A rockstar!

8) My poor knowledge of Greek mythology has always been my Achilles' elbow.

9) If you want to be good at making Greek pottery, you have to urn it.

10) What was the most popular kids' movie in Ancient Greece? Troy Story!

Some of the Roman Era may have been horrible history, but these history jokes are nothing short of hilarious.

11) What was the Romans' greatest achievement? Learning to speak Latin!

14) How was the Roman Empire cut in half? With a pair of Caesars!

15) Why didn't the Romans have algebra? Because X always equalled 10!

16) What did Caesar say to Cleopatra? Toga-ther we can rule the world!

17) Where would you find Hadrian's Wall? At the bottom of his garden!

18) Who refereed a tennis match between Nero and Caesar? A Roman Umpire!

Which one of our puns is your favourite Viking joke?

19) How did Vikings send secret messages? By Norse code!

20) Why did the Vikings sail to England in longboats? It was too far to swim!

21) What do you call a vegan Viking? A Norvegan!

22) There was once a famous Viking called Rudolph the Red. One day, he looked outside and asked his wife to bring the washing in because it looked like it was going to be a wet day. His wife asked, "what makes you say that?" The Viking replied, "Rudolph the Red knows rain, dear."

23) Where do young Vikings hang out? In the Norsery!

The Dark Ages were... well, a dark time for much of Europe. That doesn't mean they weren't hilarious, though! Read on for some of our best knight puns.

24) Why is the Medieval period often called the Dark Ages? Because there were so many knights!

25) What do William the Conquerer and Kermit the Frog have in common? They both have the same middle name!

26) What was written on a knight's headstone? Rust in peace!

27) Why was the king only a foot tall? Because he was a ruler!

29) Why did Arthur have a round table? So nobody could corner him!

31) What do you call a Medieval knight who's always sure of himself? Sir Tainly!

32) What did Richard III say when someone asked to build a car park in Leicester? "Over my dead body!"

33) When were Medieval armies too tired to fight? When they had a lot of sleepless nights!

The Tudors ruled England for over a hundred years! They were a funny old bunch, as you can see in these hilarious history jokes!

35) Why did Henry VIII struggle to breathe? He had no heir!

36) Which English royal family was the smartest? The Tudors!

37) Why was Elizabethan England so wet? Because the Queen reigned for 45 years!

38) Where did Ivan the Terrible get his coffee from? Tsarbucks!

39) What is fruity and burns? The grape fire of London!

American history may be shorter than their British cousins, but there's plenty of hilarious puns squeezed into the last 400 years!

40) Why did Christopher Columbus cross the ocean? To get to the other tide!

42) What do the early European settlers in America have in common with ants? They both lived in colonies!

43) Why did the Pilgrims sail to America? It was too far to swim!

44) What kind of tea did the American colonists want at the Boston Tea Party? Liberty!

45) Where was the declaration of independence signed? At the bottom!

46) What was the most popular dance move in the colonies in 1776? Indepen-dance!

47) Did you hear the joke about the Liberty Bell? It cracked me up.

48) Who was the biggest prankster in George Washington's army? Laugh-ayette!

49) When did George Washington die? Just before they buried him.

50) Who succeeded the first President of the United States? The second one.

51) Abraham Lincoln had a very difficult and challenging childhood. Did you know that every day, he had to walk eight whole miles to school? Well, he should've got up earlier and caught the school bus like everyone else!

52) Two wrongs don't make a right, but what do two Wrights make? An aeroplane!

53) What does the Statue of Liberty stand for? Because it can't sit down!

History class can sometimes be boring, but these funny puns about history are anything but!

54) Why aren't you doing well in history class at school? Because the history teacher keeps on asking me about things that happened years before I was born!

55) What is the fruitiest subject at school? History, because it is full of dates!

Student #1: Just think of all the history I would not have had to learn about!

57) Why does history keep repeating itself? Because we were not listening the first time round!

58) What do history teachers talk about at parties? The good old days!

59) Parent: How did you do on your latest report card?

Child: I did what Winston Churchill did.

Child: I went down in history.

Ready for more laughs? Check out our ace list of tennis jokes. And if you're bready for it, have a look at our funny collection of bread-related puns.