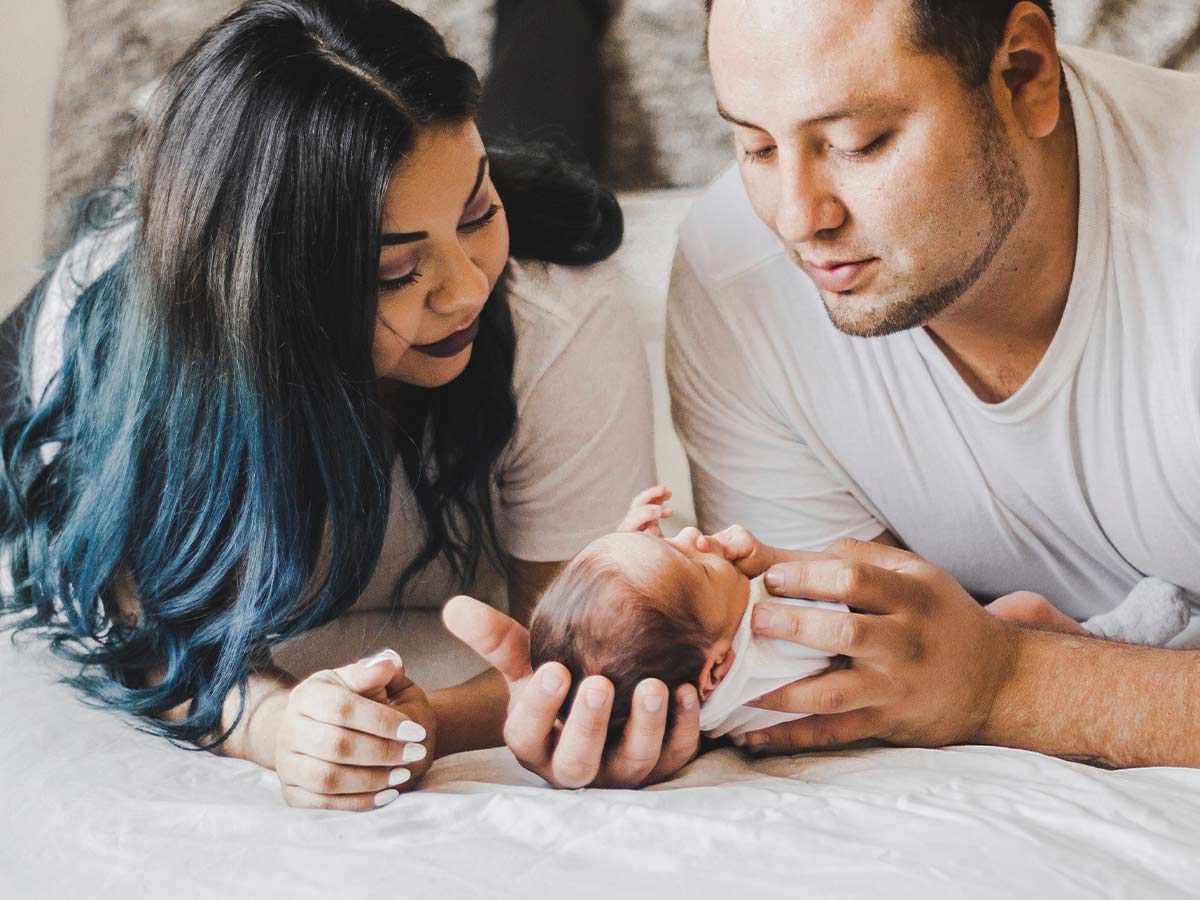 However, when it comes to baby names, the term 'goth' has nothing to do with the subculture, instead, it is derived mainly from the eighteenth-century literature genre. It can also have something to do with the fashion, architecture and music trends of the same era.

Names that are inspired by the goth subculture tend to be mysterious and sometimes a little dark. Alongside popular Gothic names such as Ophelia and Damien, there are more than a thousand different Gothic baby names such as Zelda, Andre, Wolf, Jasper, Scarlet, Jett, Raven and Luna. If you want something darker, then there are names such as Blackwell, Jezebel, Wednesday and Onyx. Goth baby names can also involve aspects of goth imagery, style and iconography. Whilst some of these names have quite dark and unique meanings, they can still make beautiful baby names for a little boy.

Names From Gothic Fiction And Literature

Gothic literature emerged in the seventeenth century as an early form of Dark Romanticism. Part of the larger Romanticism movement, it is characterised by descriptions of dark picturesque scenery, expressions of terror, supernatural elements and gruesome narratives. These are elements that influence these Gothic baby names derived from Gothic fiction. See the brackets after each name for details of which literary work the name comes from.

2.Cassius, a Shakespearean name that dates back to antiquity.

3.Dorian (Greek origin), meaning 'from the sea' (A Picture of Dorian Gray).

8.Lorcan, name of a character in the Harry Potter epic.

11.Malachi (Hebrew origin), meaning 'messenger' (The Children of the Corn).

13.Morpheus, refers to the Greek God of dreams (The Sandman Comics).

15.Tristan, a tragic hero from the Arthurian legend (Tristram Shandy).

Non Binary names, otherwise known as unisex names, are names that would be suitable for your Gothic baby boy or girl. We have put together some dark and mysterious names that could be used for either gender, the following are some of the most popular non binary names:

18.Hastie, the name of a popular character from The Strange Case Of Dr Jekyll And Mr Hyde.

19.Hawthorne, a person who resides where Hawthornes grow.

20.Hemlock, a unique Gothic name from a poison used to kill Socrates.

22.Merle (French origin), another name for the blackbird.

24.Oxyx, means 'a pitch black stone', this name is made more virile by the final 'x'.

25.Parris, similar to the name of the French capital.

26.Raven, this unisex Gothic name for your son or daughter means 'wise' or 'dark haired'.

27.Sage, a short and strong name that implies wisdom and knowledge.

29.Tempest, a cool, evocative, modern name whose meaning is 'trouble' or 'storm'.

31.Vega (Spanish origin), this name with Arabic roots is the name for a swooping eagle.

Movies and television have been a huge inspiration as they provide a steady source of fantasy names that have proved popular with parents of both boys and girls. Goth names such as Vlad (the long form of Vladimir) and Xander (from Buffy The Vampire Slayer) have gone on to become popular Gothic baby names.

35.Dexter (Old Latin origin), this name means 'one who is right handed' (Dexter).

36.Draven, this name is drawn from a character in In The Shadows.

Mythology, folklore and fairy tales have inspired many dark Gothic baby boy names. Just like with movies, fairy tales from ancient Greek, Norse, Irish, Welsh, American, Scottish, French and Latin roots have provided a choice of edgy and dark boy names. Some of the most popular of these baby names include:

39.Ahriman, the devil or evil God in Zoroastrianism.

41.Bran, one of the Celtic Gods of the underworld.

43.Daemon, this is a very dark Gothic name that means 'servant of the devil'.

44.Endymion (Greek origin), the name of a handsome boy from Greek mythology.

45.Fenrir, this Gothic name for a boy is derived from Norse legends. It means 'fen-dweller'.

46.Gabriel, (Hebrew origin), this is the name of an angelic servant that means 'God is my strength'.

47.Grimoire, a Gothic baby name derived from folktales about spirits and incantations.

48.Hades, (Greek origin), a Gothic boy name from Greek mythology. This is the name of the King of the underworld.

49.Idris, the name of a Legendary Welsh giant after whom Idris Fort is named.

50.Leviathan (Hebrew origin), the name of a monstrous sea monster found in the Bible.

53.Orpheus (Greek origin), the name of a legendary Greek musician and poet that made trees dance.

55.Summanus, the Roman name of the God of night thunder.

Nature is full of dark and bright moments, beautiful landscapes and harsh, arid deserts have influenced many Gothic names. Many boy names from the Gothic tradition pay homage to nature, here are some of the popular Gothic baby names that you can give to your baby boy.

56.Altair, the name of the brightest star in the Aquila constellation.

57.Astor (German and French origin), refers to a bird of prey.

58.Briar, one of many Gothic names, this one means 'a thorny patch of land'.

59.Obsidian, one of the rarer boy names. Obsidian is a type of volcanic glass.

60.Oleander, a Gothic boy name derived from a Mediterranean shrub.

61.Pluto, this goth name means 'rich' and is the name of the former ninth planet.

63.Silver, a unisex name derived from the shimmer of metal.

64.Vervain, Gothic name of a sacred herb known as Verbena.

Here are several more Gothic names which could suit your precious baby boy.

67.Adonis, (Greek origin), this name is associated with masculine beauty.

71.Grey, this first name is associated with Virgo.

74.Leandor (Spanish and Italian origin), this name has implications of strength and power.

77.Morte (French origin), this is a Gothic name meaning 'death'.

79.Orlok, an original name of a vampire from the Nosferatu folktale.

82.Renwick (Scottish origin), this name refers to a raven settlement.

84.Spyros (Greek origin), this name has implications of wealth.

86.Samael, the name of an angel of death.

87.Tariq (Arabic origin), meaning 'one who knocks at the door'.

This is a category of new Gothic names that have become fashionable in the recent past. If you are looking to make a splash with a cool, unique and edgy name you cannot go wrong with these names.

89.Abbadon (Hebrew origin), this is the name of the demon of destruction.

90.Azazel, the name of the demon that taught humanity weaponry and cosmetics.

91.Azrael (Hebrew origin), this is the name of the Angel of death.

93.Elatha, the name of the golden haired Prince of Darkness

96.Iblis, this is one of the many names of Satan in Islamic folklore.

98.Shiva, another unisex name. This means 'destruction' and 'resurrection'.

99.Teuer, a Goth name that refers to something expensive.

100.Thanatos, this is the name of a Greek God of death.