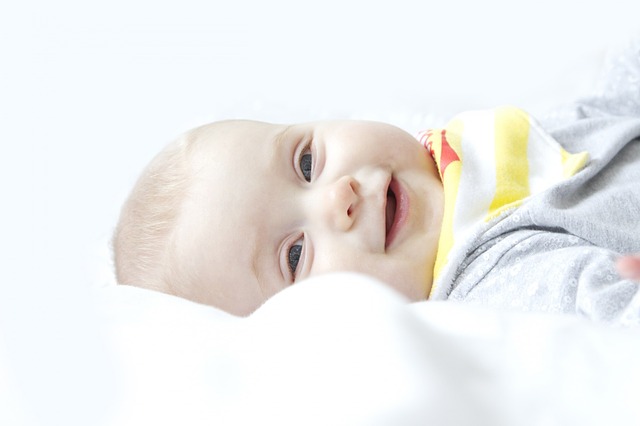 Spain has a rich cultural heritage and history and the Spanish language has acted as a root for many of the most popular names today. It is no wonder that many parents choose original Spanish baby names for boys for their child.

Spain has produced many great men, both in the past and in the present. The names of these personalities can turn out to be a great source of inspiration for your child. Or perhaps you would prefer a traditional or popular Spanish baby name?

Here is a list of popular Spanish names for boys that you might want to consider for your new baby.

For more naming ideas from around the world take a look at these Luxembourgish names or these Haitian baby names.

Your little baby boy can get inspired by the right Spanish name. This is a list of famous Spanish names that could be used as names for boys.

5.Enrique meaning 'home ruler' from Enrique Iglesias, one of the most popular singers today.

10.Isac (Hebrew origin) meaning 'God will laugh' from Isac Andic, a millionaire and founder of the popular clothing brand Mango.

11.Javier meaning 'new house' from Javier Bardem, a famous Spanish actor. It is a renowned and common baby name for boys in Spain.

12.Jorge meaning 'farmer' from Jorge Dobon, a renowned entrepreneur and founder of successful startups. It is also related to the famous writer, Jorge Louis Borges.

15.Manolo meaning 'God is with us'  from Manolo Balhnik, a fashion designer from Spain and founder of a world class high-end luxury brand.

16.Manuel (Hebrew origin) meaning 'God is with us' from Manual Pertegaz, a highly regarded fashion designer. It is another popular baby name.

18.Miguel meaning 'the one like God' from Miguel Bose, a Spanish pop new wave musician and actor.

20.Pablo meaning 'little' from Pablo Picasso, one of the most recognized painters and sculptors from Spain.

21.Pedro meaning 'strong like a rock' from Pedro Sanchez, the current Spanish Prime Minister. This is a strong Spanish male name, both by its meaning and its namesake.

22.Rafael (Hebrew origin) meaning 'healer of God' from Rafael Nadal, one of the best tennis players of today. It is a well known baby name thanks to its famous namesake.

24.Xabi (English origin) meaning 'prophet of God' from Xabi Alonso, a footballer from Spain known for his soccer skills and good looks.

25.Adrian is a Biblical name after the Emperor Hadrian. Adrien Brody is the name of a famous actor, who also played a character in the TV series, 'Peaky Blinders'.

26.Alfredo meaning 'one with supernatural powers'.

35.Gustavo meaning 'staff of the Gods'. Gustavo Fring is a character and an antagonist in the series, 'Breaking Bad'.

36.Hugo meaning 'intellect'. It is the name of a famous movie, 'Hugo', directed by Martin Scorsese.

38.Leonardo meaning 'strong as a lion'. This name is associated with the famous actor, Leonardo DiCaprio. This is another strong Male name from Spain.

45.Santiago is the Spanish name for Saint James the Great, brother of John the Apostle. Santiago is also the protagonist of the novel by Hemingway, 'The Old Man And The Sea'.

Some Spanish baby names  are gender-neutral. These make great baby names for baby boys or girls. Here is a list of some unisex baby names that you can consider using for your baby boy.

61.Luca (Latin origin) meaning 'bright as a star'. Luca Changretta was a character played by Adrien Brody in the series, 'Peaky Blinders'.

62.Marlon (English origin) meaning 'dedicated to Mars'. This name is popular due to Marlon Brando, the famous actor who played the role of Vito Corleone in 'Godfather'.

In this list you will come across some Spanish boy names that are less common than the more popular names above. common name with a Spanish version. Will you choose one of these baby names?

70.Alejandro is a version of Alexander which means 'mankind's defender'.

71.Arturo is the Spanish version of Arthur. This name means 'noble or courageous'.

72.Bernardo is the Spanish version of Bernard which means 'bold as a bear'.

75.Gerardo is the Spanish version of Gerard which means 'courageous'.

77.Lucas, derived from Luke which means 'bright like a star'.

78.Nicolas derived from Nicholas which means 'conqueror of people'. The name can be linked with actor, Nicolas Cage.

79.Octavio comes from the name Octavia which means 'eighth'.

81.Ruben meaning 'son'. This is the perfect baby name for your little boy.

Some Spanish boy names, a lot of them are inspired by different places in Spain, specifically the nature in the country. Have a look at the ideas below for a baby name influenced by the wonderful country of Spain.

84.Aragon from Aragon, a landlocked region in northeastern Spain.

85.Arga from Arga, a river of Navarre in Spain.

88.Blanca from Sierra Blanca, a neighborhood in Spain.

89.Burgos from Burgos, a Spanish city located in the autonomous community of Castile and Leon.

91.Jucar from Jucar, a river on the Iberian peninsula of Spain.

92.Leon from Leon, a province in Leon in Northwest Spain.

93.Malaga from Malaga, a well known beach town in Spain.

95.Nevada from Sierra Nevada, the mountain range which contains the highest point of continental Spain.

96.Oviedo from Oviedo, a small town in northwest Spain known for its old medieval vibe.

97.Rio from Rio Tinto, a river in southwest Spain.

98.Seville from Seville, a popular and colorful tourist destination in Spain.

99.Valence from Valencia, the port city in Spain.

100.Vigo from Vigo, a popular industrial city and municipality in a small province in northwest Spain

Kidadl has lots of great baby names articles to inspire you. If you liked our suggestions for Spanish boy names then why not take a look at Caribbean names, or for something different take a look at these Australian girl names.