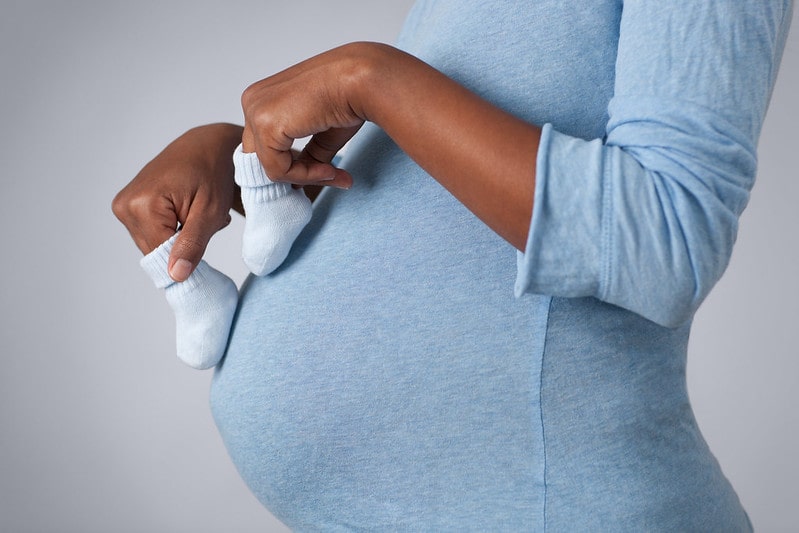 What do you think of when you imagine the colour blue?

Light blue has long been associated with feeling calm and peaceful, while bright blue can feel energising. Colours are highly symbolic and have many beautiful meanings, making them a perfect starting point when thinking of baby names.

There are hundreds of shades of blue, and the associations are endless, from the depths of the sea to outer space, and all manner of things in between. Blue is rare in nature, only showing up thanks to the angle the sunlight hits the molecules of the creature or plant at (take a look at the blue morpho butterfly, it's fascinating). It is also the colour of many precious gems and stones, of which there are many precious gemstone names to be inspired by.

Take a look at our list of baby names meaning blue, full of other words for blue and synonyms for blue, like the best ocean inspired girl names, so there is bound to be something that will inspire you.

There are so many beautiful girl names that represent our blue theme, there's sure to be one you'll love.

1.Aaliyah (Hebrew origin), meaning 'heavens, highborn and exalted', this name is a homage to the blue sky.

6.Aquanette (Latin origin), linked to the Latin name Acquanetta, this pretty name sounds like something straight out of a fairy tale.

12.Azula (Spanish, Portuguese and Galician origin), this is a name from Avatar: The Last Airbender. The character can create blue flames, and her name is derived from 'azul' meaning blue.

13.Bluebell (English origin), the little blue flower that can take over English woodland in the Spring is a lovely name for your baby girl.

14.Bluesette (Belgian origin), this name was first heard in the well known song of the same name, by jazz musician Toots Thielemans.

15.Celeste (Latin origin), meaning 'heavenly', this beautiful name has amazingly found itself in the Top 1000 every single year since 1880. It is a colloquial term for 'light blue'.

16.Celia (Latin origin), another name meaning 'heavenly', Celia is a literary favourite, used by both Shakespeare and T.S Eliot.

20.Cyane (Italian origin), the name of a Sicilian nymph, of mythical legend who happened to live in a blue pool. A nod to the colour (a greenish blue) and an exciting background story.

22.Fairuza (Turkish origin), meaning 'turquoise', this precious stone is also the birthstone for December, so perfect a winter baby.

23.Gormlaith (Gaelic origin), meaning 'blue princess or illustrious lady', perhaps 'Laith' could work on its own for a softer sound.

25.Iris (Greek origin), named after the Greek Goddess of the rainbow, the iris is also a pretty blue-purple flower.

29.Lilac (Latin origin), the lilac flower is what gives this bluish-purple colour its name.

34.Maya (Hebrew origin), this name has many origins but in Hebrew, it is derived from 'Mayim', and means 'water'.

40.Noelani (Hawaiian origin), meaning 'heavenly mist' this is a lovely name for your baby girl.

41.Odeta (Albanian origin), this name is derived from the word 'deti' which means 'blue, sea'.

46.Sama (Arabic origin), this name means 'sky', and sounds like a cool alternative for 'Samantha'.

Have a look at this selection and 'sea' if you can find one or two boy names to add to your list.

54.Aouli (Hawaiian origin), many Hawaiian baby names are descriptions for feelings or settings, in this case, Aouli describes a blue sky on a clear day.

58.Celestin (Latin origin), derived from Latin 'Caelestis' meaning 'of the sky and heavenly'.

61.Cyan (Ancient Greek origin), derived from the Ancient Greek 'Kyanos'. Cyan is the beautiful colour created in shallow water over sand, when the water absorbs the colour red from sunlight.

62.Firuzeh (Iranian origin), translation of 'turquoise', for boy names that mean blue, this one has a very vibrant sound.

65.Jay (Latin origin), a shortened version of 'Jaybird', these birds are also known as 'blue jays' due to their brilliant blue plumage.

68.Marlais (Welsh origin), one of the only Welsh names for blue on our list, this one is pronounced like 'Marley'.

73.Okko (Japanese origin), this name means 'Robin', this bird's eggs are the most amazing shade of blue.

74.Shyam (Sanskrit origin), meaning 'dark, black blue', this is a great option if you were looking for a name meaning blue in other languages.

75.Slate (Anglo-Saxon origin), slate is a type of metamorphic rock, often found in various shades from greys to a more blue green.

78.Zeru (Basque origin), if you are interested in the meaning of blue in different languages, Zeru might be just right as it simply means 'blue' in the Basque language.

Gender neutral names are super on trend, great to have one or two on the list.

79.Aoki (Japanese origin), meaning 'blue tree', this name is a surname in Japan, however, it works really well as a first or middle name too.

81.Azul (Spanish origin), Azul is simply another name for blue, this time in Spanish.

82.Azure (Latin and French origin), derived from the Old French 'Azur'. Azure is also another name for Lapis Lazuli, which is a stunning dark blue metamorphic rock, believed to be an extremely healing crystal.

83.Blue (English origin), if it is your favourite colour, why not choose Blue as a name?

84.Bleu (French origin), the French word for blue, this would make a great middle name, especially for a baby with blue eyes.

85.Cerulean (English origin), derived from the Latin word caeruleus, meaning 'dark blue, blue, or blue-green', this name is a great choice from our shades of blue names.

89.Kalani (Hawaiian origin), meaning 'chieftain or spirit of the sky'.

91.Midnight (English origin), the English term for the transition from one day to the next, midnight is also another shade of blue.

92.Nakesha (Sanskrit origin), although this name means 'Lord of Heaven' we think it works well for any gender.

94.Ocean (English and Greek origin), derived from the Greek 'okeanos', a cool and calm sounding name.

95.River (English origin), the perfect name for an adventurer, River has a wild edge.

97.Royal (English origin), another of our names that are colours, this is a strong and confident name.

98.Sky (English origin), the home to many gorgeous shades of blue.

99.Teal (English origin), this is a short and sweet name, representing another shade of blue, this time a darker turquoise blue colour.

If you enjoyed this article, why not check out the 28 perfect purple names for a complimentary colour name, and the 50+ best fiery names that mean red for another primary colour inspired name?