Throw A Star Wars Lockdown Party, You Must 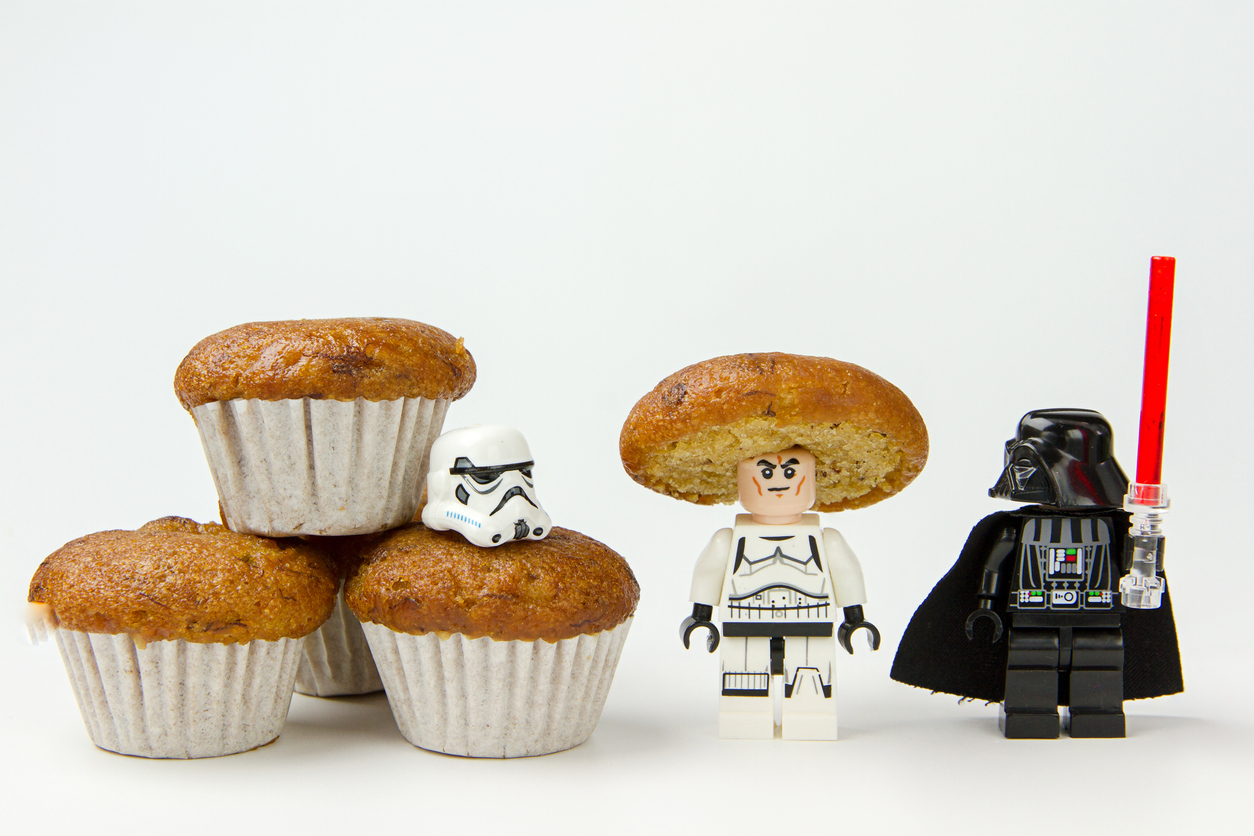 May 4th, also referred to as 'Star Wars Day', is a play on words from the famous quote "May the Force be with you" and celebrates George Lucas' famous Star Wars franchise.

Whether you're a Sci-Fi fan or not, Star Wars is one of those films that must be watched at some point in our lives, so whether it's already your kids' favourite film or if you have yet to introduce it to them, then May 4th might be the perfect opportunity to watch the timeless classic and celebrate the franchise with a Star Wars Party.

The first Star Wars film 'Star Wars: Episode IV - A New Hope' was released over forty years ago, on the 25th May 1977. Many of us will remember the first time we watched Star Wars. Many of us used to watch the films when we were our children's ages so we get a fantastic nostalgic feeling every time we watch the film. The Star Wars films age certification differs between films from U to 12A and are generally considered as suitable for older children, so the films and Star Wars Party can be enjoyed by any age.

There are nine episodes of Star Wars in total, and this doesn't even include the anthology films or animated films, so it would be difficult to experience the whole Star Wars universe in one day. Your May 4th Star Wars Party could be the first day of a Star Wars marathon which could end on May 25th, the Star Wars Birthday! If you or your kids have yet to watch the films, you might choose to watch some of the films during the build-up to Star Wars day to help you plan the party, or you might choose to use the day to watch them for the very first time.

There are many things to do to make your Star Wars Party special. Take a read below of some of our party ideas on how to throw a perfect Star Wars Party.

If your kids like party games, then a fun Star Wars party game is a great way to make the day even more exciting. Depending on the age of your little ones, there's a whole range of Star Wars party games you could try out. Instead of pin the tail on the donkey, you could pin the ears on the Ewok! In between watching the films, you could do a quiz which is a great way to get others involved on Zoom, FaceTime or Skype. You could do some Jedi Training and reenact some famous scenes from the film with some hand-made lightsabers. Instead of a traditional piñata, make a Star Wars-themed piñata such as a Sstormtrooper or Death Star and use a lightsaber to break it open.

If you fancy getting creative in the kitchen, then there are some great Star Wars party food ideas. You could make some delicious Yoda Soda. You can find some fun printable Star Wars labels online and stick them to cups to make any drink Star Wars themed. Edible ink pens can be used to draw Storm Troopers on marshmallows. Cupcakes are really fun and easy to make, so they are perfect for kids. Edible Star Wars themed decorations like Jedi Light Sabers, R2-D2 and spaceships can be added on top.

There are so many iconic and fun landscapes in the Star Wars franchise so you have plenty of options on how you can decorate your party. You could choose to go for a Death Star theme and decorate with futuristic metallic decorations, or you could join the Ewoks and decorate the room like the Forest Moon of Endor. Why not decorate each room differently so you can travel through the Galaxy. If it's a sunny day, why not make the most of the garden so you can do some Light Saber Jedi training outdoors.

The original Star Wars trilogy films (Episodes IV - VI) are iconic and a great way to learn the history of film and how the technology has changed over the past forty years. Take Yoda for example, your kids might be interested in how much his appearance has changed throughout the years, from a puppet in the original films to CGI in the more recent versions.

What's a party without some fun party music? The Star Wars soundtrack is arguably as iconic as the films themselves, so would be a great addition to the party. There are great Star Wars playlists on Spotify. You could use these or if you rather create your own playlist then they can be used to generate ideas. Your playlist doesn't have to only include songs from the Star Wars films though; it would be the perfect opportunity to introduce your kids to some of the music from the 1980s that was played at the same time as the films came out! Use the Force to combine your awesome dance moves with some Jedi Training.

Star Wars day is global and is a perfect day to bring people together which is important during lockdown. Invite friends, families and fellow Jedi to your party using Zoom, FaceTime or Skype and use Netflix Party to all watch the films together.

Why not make the day even more fun by dressing up as your favourite character from the franchise. You could dress up as Han Solo, Princess Leia, Yoda, or your favourite Jedi. Or you might choose to join the dark side and dress up as Darth Vader, Darth Maul, Palpatine, or a Stormtrooper.  With hair salons closed across the country at the moment, a Chewbacca costume might be somewhat easier to achieve! You could choose to get creative and make your costume beforehand and do a competition on the day to win a fun prize. For example, you could create your own lightsabers.

Lover of arts and crafts

Having loved everything art and crafts so much as a child and wanting to pursue this when she grew up, Eleanor recently moved to London from Bath to study for a degree in Fine Art. Eleanor loves exploring the city in her spare time, especially visiting galleries and seeking out new arts events to go to with her partner. When she’s not out enjoying what the capital has to offer, Eleanor is a keen outdoor adventurer and lover of all things travel, always looking for a new destination to discover.