Things To Do This Weekend, 18th-19th January 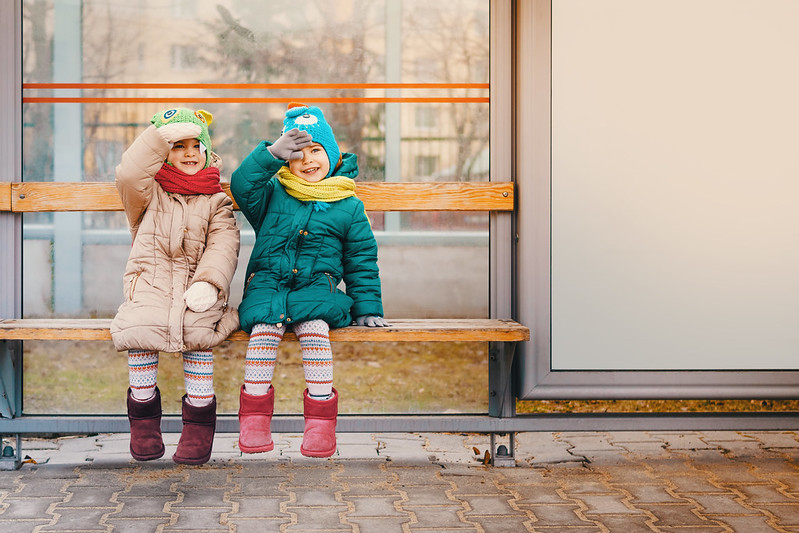 Storms might be raging but there's still plenty of reasons to get out and enjoy those January days! We've rounded up the best things to do this weekend in London and beyond, from cinematic light displays to the most innovative exhibitions.

If you’re missing the sparkle of Christmas then don’t worry - the award winning Canary Wharf Winter Lights Festival is back for its sixth year running! This annual interactive spectacle starts this Thursday 16th January, with 25 different installations created by the most innovative light artists across the globe. Brighten up your winter evenings with this free immersive light trail that will mesmerise the kids and make for some dazzling family photos. Why not wrap up warm and make a night of it by heading to one of their Winter Lights Bites street food hubs or one of the great restaurants at Canary Wharf. The festival is only running until January 25th so be sure not to miss it!

This week at Regent Street Cinema’s Kids’ Kino Club catch Stardog and Turbocat as they embark on an exciting space voyage to find their way home! This tale of an unlikely friendship between a lost loyal dog and a vigilante genius cat is the perfect film for animal-lovers featuring an all-star voice-over cast including Nick Frost, Luke Evans, Bill Nighy and Gemma Arterton. A perfect rainy day activity, treat your kids to a movie experience designed just for them at the wonderful Regent Street Cinema!

If your kids are getting too cool to handle then impress them with this awesome tour of Shoreditch's edgy street art & food scene. This 2-hour guided tour will take you through the abundant graffiti of East London where you’ll hear all about its diverse history and visit famous creations by some of the biggest names in underground street art, including Banksy, Ben Eine and Invade. As one of the best foodie hubs in London, a Shoreditch tour wouldn’t be complete without a bite to eat so you’ll also make a stop at the most famous bagel shop in the East End for some of London’s most authentic Jewish delights!

The British Museum is back with more of their wonderful drop-in workshops, this time for those comic-book crazed kids. You’re invited to create your very own comic inspired by the museum’s collection of Japanese manga, before printing your designs to take home. Head over to the Samsung Centre for a free interactive session designed to develop your children's technology skills and creativity, then explore the rest of the museum’s iconic exhibits while you’re there.

Another amazing light show has popped up South of the river at Battersea Power Station’s first ever Light Festival. Including four separate installations from Sjimme Veenhuis, Viktor Vicsek, Mads Vegas and the Tropism Art & Science Collective, you’ll be seeing some of the most innovative world-exclusive artwork from international artists. Be taken on a dazzling journey through sound effects, explosive colours, immersive screens and thousands of LED lights that will leave you and the kids utterly engaged and completely mesmerised.

The Art of the Brick

Beyond the capital, legendary lego artist Nathan Sawaya is hitting Manchester with what CNN named one of the world's 'Must See Exhibitions'. After touring the globe for 10 years, Sawaya is finally bringing his incredible lego art to the UK with more than 60 sculptures using over 1 million bricks, from towering tiled dinosaurs to lego Mona Lisas. If your kids are lego-mad this exhibition is a great way to introduce them to art in a fun and innovative way, and they’ll even get to play amongst the bricks themselves at the end. Who knows - maybe they’ll come up with the next lego masterpiece!

It’s a double whammy from the British Museum’s drop-in sessions this week with another interactive workshop to get the kids learning. Discover the realms of ancient Greece through green screen technology using high-tech Samsung tablets to take you back in time and slot yourself into their bygone world. You’ll see yourself amongst the museum's iconic Great Court and relics of ancient Greece, before taking part in the legendary Panathenaic Games yourself where you can compete against the whole family!

Calling all dancing queens! The ABBA Super Troupers exhibition at the O2 is the ultimate celebration of the Swedish pop sensations that took the world by storm. This immersive experience brings to life the rollercoaster world of ABBA, taking you the story of how they became one of the most influential pop groups of all time. Including their original instruments, lyrics, tour backdrops and costumes along with behind-the-scenes photography and videos, you’ll discover the smash-hit band like never before. If you’re a family of ABBA fans, there’s no better way to say Thank You For The Music than by diving into the Super Troupers exhibition at the famous Greenwich O2.

Laura grew up in London and loved special family trips out to the theatre, Science Museum and all of the city's wonderful parks. She loves travelling, writing, drawing, exploring new art exhibitions and finding the best food and drink spots in the capital!