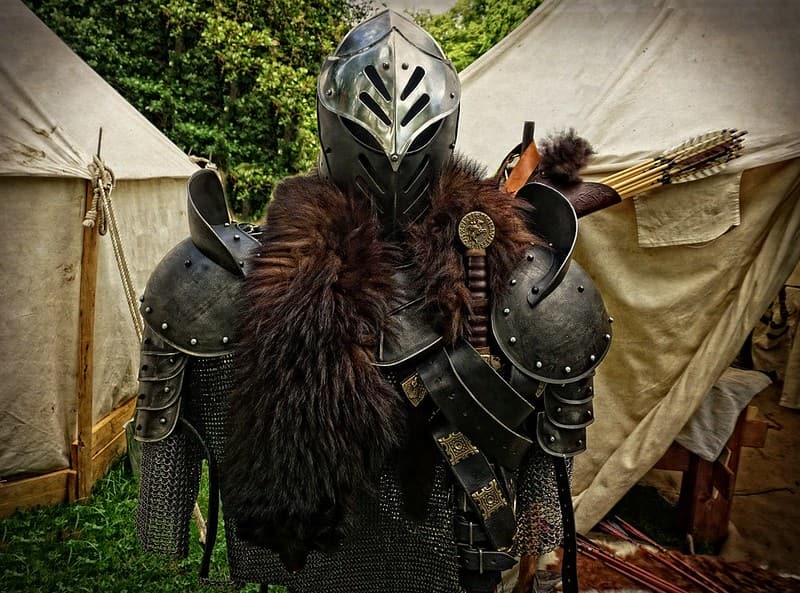 Enjoy it or not, history has a lot to teach us.

The Iron Age itself was revolutionary, hence its feature on the National Curriculum along with the Stone Age. With Key Stage 2 kids gaining more knowledge by the second, some topics are easier to grasp than others, so here's our guide for parents, carers and anyone helping kids enjoy it more.

Find out some cool iron age facts for kids, learn about the way Celtic people lived, what people used iron for, what people used to make with iron, and how farming changed too. Then, try out some of our fabulous activities for some interactive learning.

What Is The Iron Age?

The Iron Age refers to a time period between around 600BC and 43AD in Great Britain, where iron was the most desired metal used for creating tools and weapons. Having just been discovered, Europe was excited, so bronze was out and iron was taking its place. The Iron Age marked the end of the Bronze Age (which had followed the Stone Age).

Ever wondered who the Celtics were? The Celtics were people who lived in Britain and the northwest area of Europe during the Stone Age.

Associated with the ending of the Iron Age is the arrival of Julius Caesar, the Roman invasion and, consequently, the spread of Roman culture. The Iron Age actually began as early as 1200BC, in the Mediterranean. From there, the popularity of iron spread to Central Europe. It is said that the first Iron Age hill forts built in Great Britain were made in 800BC. From 700BC, iron became very popular in its use, which the Celtics also made use of upon their arrival in Britain in 500BC from Central Europe. Harder than bronze, people could make steel by heating iron and carbon together. Suddenly, more sophisticated farming equipment and tools could be made, like shields, swords, ploughs and axes.

The very handy rotatory quern for grinding grain arrived in Britain around 350BC and more uses of iron were discovered. From Caesar's arrival in 54BC, the Iron Age began to culminate, ending in 43BC when the Roman invasion began.

How Did Iron Age People Live?

Many Iron Age people lived on the small farms on which they worked, growing vegetables and crops. They lived in roundhouses with pointy thatched roofs, made from mud and twigs.

The rotatory quern was a game-changing invention made from iron, enabling grains like wheat to be ground into flour. Imagine two giant circular stones, one on top of the other: the top stone can't be lifted, so it has a handle attached. One person takes hold of the handle and spins it to grind the grain that's sitting between the two circular stones. What happened as a result of this ground-breaking invention was that new food options became available, as flour became more accessible. What's more, the more grain you had and the more land you possessed, the more wealth and power you could obtain. Suddenly, you were no longer producing food for survival, but with more land, you could grow more grain (which was of great value to Iron Age people at the time), store any extras and trade it with people for other commodities!

The Iron Age also saw the development of hill forts for the first time: large, secure structures built on hills where farmers lived and local people came for refuge in war times. Some people living there also worked as potters, metalworkers and carpenters. Men and boys had to be prepared to fight, so they trained as warriors too. Surrounding the hills on which these forts were built were often ditches, riverbanks or extra defence walls and structures made from wood.  Sadly, the Romans were still able to overcome these when they invaded.

Some of these hill forts formed part of larger fortified dwelling areas, called oppida. Eventually, these came under Roman rule also, though around 20 have been identified in the present day. Among the most popular are St Albans and Colchester.

What Did Iron Age People Eat?

People of the Iron Age enjoyed eating porridge, made from grains like rye and barley. They also ate bread, leaves, honey, and meat from the animals on their farms. The evolution in tools used paved way for new cooking methods. As a result, people were eating better and living longer, causing the population in Britain to increase.

What Are KS2 Kids Taught About The Iron Age?

Learning about the Iron Age begins in lower Key Stage 2, which is Year 3. By the end of Key Stage 2, children will learn about life in Britain during the Stone and Iron Ages. They will develop knowledge about the purpose of hill forts, observing their design features also.

KS2 children will also come to understand the different tribal kingdoms in Britain during the Iron Age (as well as the Stone Age) and how the forts varied across different tribes.

They will discover what farming was like during the Iron Age in Britain, as well as the changes in farming resulting from the advent of the Iron Age.

In the areas of art and culture, Key Stage 2 children will learn about how life changed due to the increased popularity of iron, and the iron age tools that could be developed consequently. New structures and tools will be observed, so the children can appreciate the design of the Iron Age houses, Iron Age clothing and weapons.

How Can Parents Help With Learning About The Iron Age?

The Iron Age was an era that is very different from that which we live in today. Here are some great activities to help kids learn about the Iron Age:

-Help them develop their attention to detail while they have a go replicating tools, made from cardboard and anything you can find around the house.

-Make your own armour and play dress up as Celts and Romans! Then have an Iron Age meal with some tasty porridge.

-Draw your house as a roundhouse in a hill fort.

-Made your own roundhouse in a tray using scrap cardboard, newspaper and even paper maché! See what details need to be added to make it look super realistic.

-Make some edible tools! Get some cookie dough, roll it and cut it into some cool shapes, like shields and swords. They may not be functional but they will be tasty!