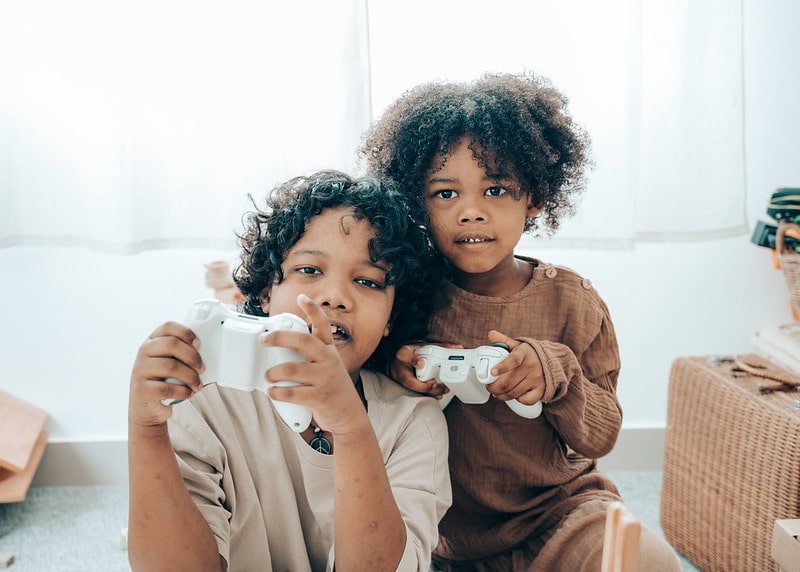 If your kids are big fans of video games and take their game playing seriously,  they are in need of a good laugh!

Children’s video games worldwide have certainly evolved over the years. Ranging from the popular Minecraft and Pokemon, to ‘retro’ games such as Super Mario and Sonic The Hedgehog.  And any parent of a gamer knows how loyal they are to their favourite video games!

While playing video games have received negative press in the past, if you choose the right, age-appropriate video game, it can be a powerful and educational tool. Certain video games can really aid children with the development of certain life skills, and coordination. For example, Minecraft was designed to help children learn how to solve problems and navigate obstacles which can be used in real-life.

Of course, screen time needs to be limited depending on their age. But in the meantime, why not give them a laugh when it’s game over? If you’re looking for some game-changing, funny gamer jokes, puns and one-liners all about the world of video games, you’ve come to the right place.

Here are the best video gaming jokes that are guaranteed to level you up!

Knock Knock jokes have been around for decades, and the humour never lets you known. Here are a few gaming jokes that will leave you knocking for more.

Knock Knock Who's There? Pikachu. Pikachu who? Just let me take a pick at chu.

Knock Knock Who's There? Tekken! Tekken! Tell me why are you taking forever to answer the door

Knock Knock Who's There? Wii! Wii who? It's time for a wii-match.

Fun In The Pun: Those Winning One-Liners

I so upset when I accidentally bought a broken Nintendo console…so I had to get a Wiifund.

I recently broke up with my video game console…now it's my ex-box.

It was nothing personal, it was just time for a Switch.

My friend asked me why my cats are so good at video games? So I told him it’s because they have nine lives!

I tried to teach my pet dog how to play video games…but his pause kept stopping him.

Do you ever play the game Minecraft? I heard people who play Minecraft can't think outside the box.

Is your Nintendo Wii U running fast? Yes? A: Well you better go and catch it!.

Hilarious Question and Answer Jokes To Level Up The Laughter

Q: How do you get a Bulbasaur on a bus?

Q: How does Sonic The Hedgehog get hold of his friend Tails?

Q: What name do you call a Pokemon who is having problems moving fast?

Q: Which room is Mario way too big to fit inside of?

Q: What brand of swimwear does Sonic the Hedgehog wear when he has a day trip to the beach?

Q: Why was Mario coughing so much at dinner?

A: Something went down the wrong tube…

Q: What do you call a Pikachu that does a sing and dance at a kids birthday?

A: The Hokey Pokemon

Minecraft Puns That Loyal Fans Will Find A Blast

Minecraft has risen in popularity over the years and is a firm best-seller. Here are some Minecraft video game jokes and puns that are sure to entertain the most dedicated of fans.

What does Steve need to do to keep fit and stay in shape? He runs around the BLOCK.

What do you call a fantastic Minecraft celebration? A BLOCK party.

Did you hear about the new Minecraft movie? It's going to be a real BLOCKbuster.

What would you call a Zombie Pigman that steals your sword and armour? A HAMburglar.

Do you know what is the national sport of Minecraft? Boxing.

Do you know what Steve says to a skeleton when he’s angry? I’ve got a mighty bone to pick with you!

Somebody told me the guy who created Minecraft is top-notch.

What can you do to cure hunger in Minecraft? Eat Three Square Meals.

What do zombies and skeletons use when they are out on a hot day? SunBLOCK.

What happened to the miner who died in the nether? The word is,  he fell head over heels in lava.

Cynthia Lawrence is a freelance lifestyle journalist for national magazines. She lives in London with her 9-year-old son and hubby, and also has an unhealthy obsession for homes and interiors. She loves taking inspiration from her fabulous family travels and exciting adventures.