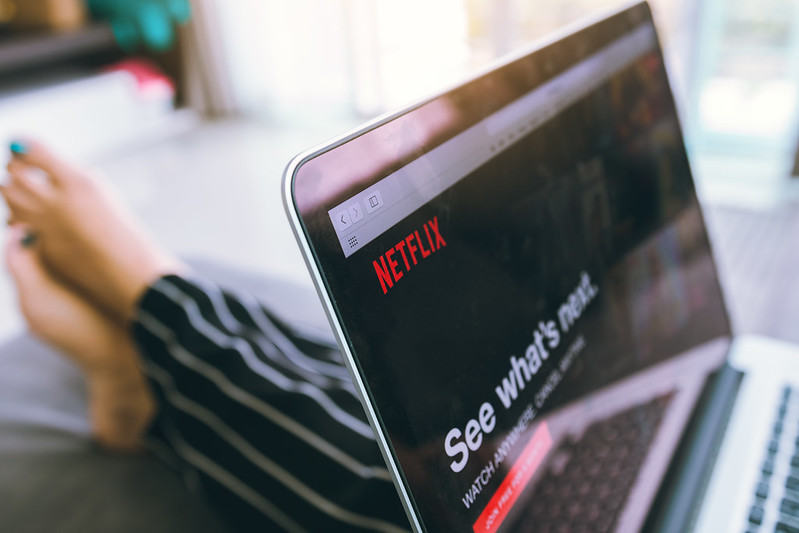 When all you want to do is throw your feet up and watch TV, scrolling through Netflix to find the perfect show can be a challenge. That's why we've compiled the ultimate list of all the best teen TV shows on the platform.

Whether it's a classic, a cult favourite, or a new series that is so great it just has to make the cut, there is something for every single teenager on this list. Vampires, witches, high society drama and magic galore - these shows will have your teenagers entertained and begging for more.

Stranger Things is an exciting sci-fi show set in 1980s Indiana. The show follows a group of kids and the people they know around their town. When Will Byers goes missing, they all embark on a mission to find Will, uncovering secret government experiments and awakening some supernatural forces along the way. There aren't any other shows that are like this, Stranger Things is a must watch, has a cult following, and is hailed as the best teen show on Netflix right now.

This TV show is one of the greatest teen classics on netflix and is an absolute staple and must watch if you love vampires and anything supernatural. The Vampire Diaries centers around Elena and the two vampire brothers who are vying for her love. With werewolves, vampire hunters, witches and just about everything else you can imagine, there is untold drama for your teen to sink their teeth into.

Set in an elite high school on the Upper East Side of Manhattan, this show follows all the drama, parties, relationships and hot gossip of New York City's richest teens. Gossip Girl is one of the most popular teen shows on Netflix, and has been popular since it's start in 2007. If you want to get through some of the classic teen shows, this one is a must. Filled with characters you'll love, and characters you'll love to hate, there is never a boring moment in this show.

When teenager Jason Blossom is found murdered, Riverdale is turned upside down and it's residents are forced face the dark secrets that are hidden everywhere within the town. Based on the Archie Comics, Riverdale follows Archie and his friends as they try to uncover the mystery behind Jason's death, discover the real history of the influential Blossom family and navigate high school all at the same time. As one of the most popular shows on Netflix, Riverdale is one of the best shows for your teens to watch.

When Will Schuester, a Spanish teacher with a passion for the arts, decides to revive the high school glee club and bring it back to it's former glory, he didn't expect it to come with so much baggage. With 6 seasons of song covers, teen drama, accidental pregnancies and everything in between, this Netflix show is bound to keep your teenage child entertained for a while. Yet another one of the classic shows on Netflix, Glee has one of the best cult followings and still attracts new viewers who will find something to like.

This series follows single mother Lorelai and how she raises her teenage daughter in their sleepy town of Stars Hollow. With the focus of the show being placed upon family and what it's like raising a child, this is one of the more unique shows on this list, but since it's debut in 2000, Gilmore Girls has proven to be a long-loved show, and is still regarded as one of the best shows on Netflix. Not shy on romance and classic teen angst and drama, this is perfect for teenagers to watch.

This Emmy award-winning anime is hands down one of the best shows on Netflix for any age group. In a world where the bad guys have already won, only the Avatar can save everyone - but he disappeared hundreds of years ago. When on an outing, water tribe siblings Katara and Sokka discover that the Avatar is still alive. Together they go on a journey to teach Aang all four elements so that he can defeat the fire nation and bring peace back to the land. Filled with East-Asian influences of martial arts and elemental magic this wholesome, heartwarming story about friendship will be something that your whole family will like.

For those teenagers who love sports or prefer watching docuseries, Cheer is a great show for teens to watch on Netflix. Following the cheerleaders of Navarro College, the series shows their every move as their prepare for the biggest competition of their lives.  Cheer is definitely inspiring, as well as feel-good but it doesn't shy away from showing the hard work that the athletes have to put in. Everyone who watches will come out with a brand-new respect for cheerleaders, and with only 6 episodes it's a perfect show to binge.

As Sam, an 18 year old boy on the autism spectrum, enters his last few years of high school, he decides it's time to find a girlfriend. This decision sends his family on their own life-changing paths, especially his mother, as he starts to seek his own independence. Atypical is a wonderful show, filled with humour and touching moments that will leave you in tears. When looking for a new show to watch on Netflix, this is certainly a good choice for teens.

Following their father's suspicious murder, the three Locke children move back into their family's ancestral home. But, instead of the warm home they expected to come back to, they discover magical keys that seem to hold the secrets to the death of their father. This supernatural horror is the best of it's genre on Netflix and has been really popular with teens and families of all ages.

When Otis realises he has a gift for giving sex advice, he pairs up with new found friend Maeve to run an underground sex therapy clinic out of their sixth form. This British comedy is the perfect TV show to watch on Netflix as it has so much to offer. From a brilliant cast, to hilarious one-liners and tender moments that will tug at your heartstrings there isn't much that you won't love. This Netflix show takes real issues and uses it's platform to discuss them in a way that is accessible for young people.

Degrassi: Next Class follows the students of a fictional high school in Toronto. Through the lives of the teens that the show depicts, it gets to talk about important issues and topics that teens face everyday. From drug use, to racism, mental health, homophobia and feminism, the Netflix show makes sure to handle these topics in a way that will teach it's audience important lessons in an easy and accessible way that will impact them for years to come. Between all the heavy topics, there are moments of humour and touching displays of friendship that will leave you feeling happy and fulfilled.

Likely to be found in a museum

Ranked: The Best Disney Songs Of All Time