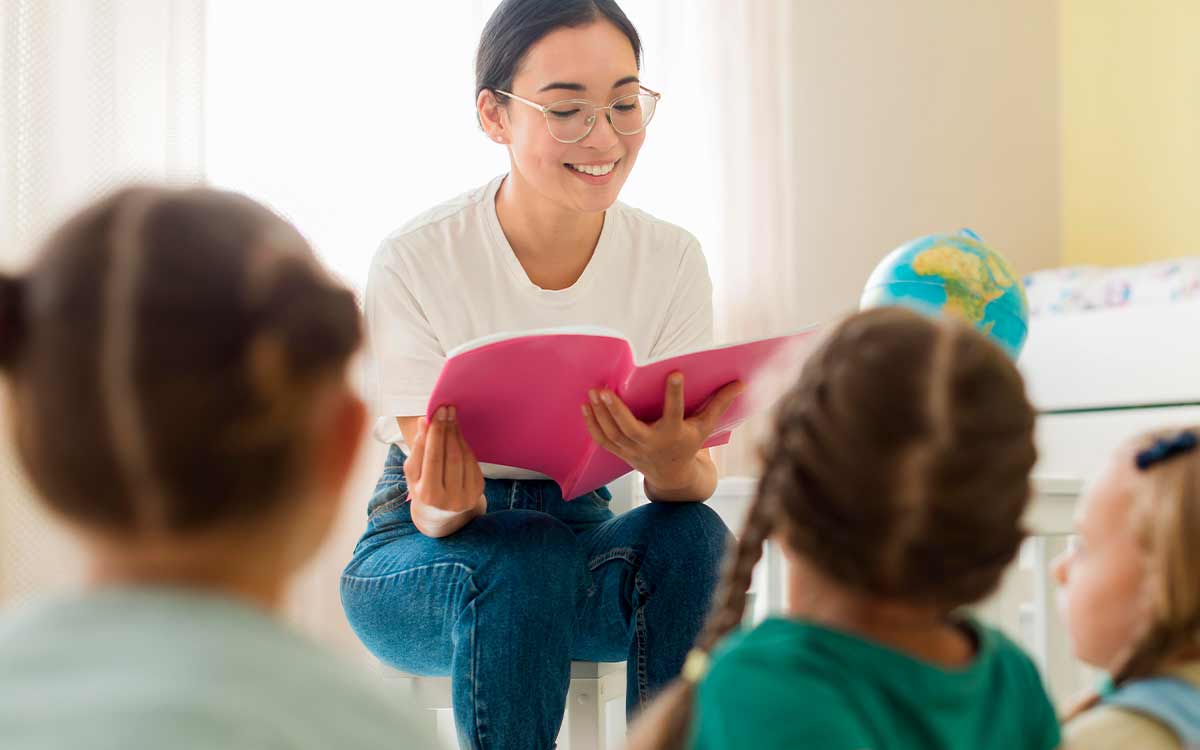 We've all heard of the Stone Age and our children begin learning about Stone Age history from Year 3 as part of the KS2 syllabus.

The Stone Age lasted for over 3 million years, through various Ice Ages, and ended between 8700 BC and 2000 BC. The period is characterised by the early human use of stone tools.

This guide has all the information and fun facts about the Stone Age that you need to help explain and teach the period to KS2 kids. Amongst all of Kidadl's great informative resources to help you and your child discover the Stone Age, you'll be an expert in no time!

When Was the Stone Age?

Over a million years ago early humans were beginning to understand how they could use organic materials to fashion tools and weapons. During this prehistoric period, humans made places to live and worship. They did this by using stone tools.

The Stone Age can be dated back to the point where humans first began to create tools from stone. Children learn about the prehistoric world as part of their KS2 syllabus with a focus on prehistoric Britain which ends when the Romans arrived in 43AD.

The people who lived during this period have not left any written record to help us understand the way they lived, what they believed, and how they worked. The only way for us to understand them is by looking at Stone Age tools and weapons.

The period is divided into three sections and these form the basis for all the Stone Age facts:

The Early Stone Age: Or the Paleolithic period, lasted from around 2.5 million years ago to 10,000 years ago. During this time Britain was part of mainland Europe. People lived in caves and survived by hunting and fishing.

The Middle Stone Age: Or the Mesolithic period, lasted from 8000 BC to 4500 BC. We can begin to see similarities with our own time during the Mesolithic era. People began to set up camps and domesticate animals.

The Late Stone Age: Or the Neolithic period, lasted from 4000 BC to 2500 BC and it was in this time that Britain became an island. People began to use antler, flint, and bone to make tools. Clay pots have also been found from this time.

Archaeologists know that humans were using stone tools during the Stone Age from finding evidence that has been buried for thousands of years.

The hammersmith is one of the earliest tools that has been uncovered. This would be used against other pieces of stone or flint in order to make a sharpened edge that could be used to cut meat or vegetation. Archaeologists now call these early examples of tools the Oldowan toolkit. Stone tools such as these go back at least 2.6 million years and the earliest known examples were found in Tanzania in the 30s.

Early humans made a wide variety of tools during the Stone Age. One of the most famous of these is the Acheulean Handaxe. The Handaxe is one of many tools made by early humans and the origin of this particular type of tool is Africa. The stone is modified so that it gives the user an easier grip so it is easier to work with.

Many of the weapons that were made were designed to hunt large woolly mammoths. Cold periods during the Ice Age meant that people had to use the wool from large animals to keep warm.

Early people continued to develop stone tools and later created new weapons from different materials. During the Late Stone Age bone, antler and ivory were used to make tools and weapons. Needled were also made and used at this time.

When the climate began to rise at the end of the final Ice Age around 12,000 years ago, hunters made and used new tools. Woolly mammoths began to go extinct and people had to look elsewhere for food. A typical tool during this time was the microlith, a small flint blade that was used to hunt during the early Mesolithic Age. These could be used as weapons or made to cut vegetation for food or shelter.

The coming of agriculture around 11,000 years ago, in the Neolithic Age, meant that tools adapted once more. People began to live in villages and tools were made to support these communities. People moved around less as they had stationary shelter and so bigger tools began to appear.

Many large axes have been found throughout this period that ends only 4,000 years ago.

Fun Activities To Try At Home

There is a wide range of activities that KS2 children can get involved in to help them learn about the Stone Age. A time in history that was so many years ago can be hard to imagine. Aside from the dates and facts that they will have covered at school, interactive activities can help bring this history to life.

Here are a few suggestions of things to do with kids:

Something that was of big importance to thousands of years ago was the need to keep warm. Why not design or make clothes suitable for getting the prehistoric man through the Ice Age?

Like today, decoration was an important aspect of life in the Stone Age. People would use paint on a stone to tell the story of their lives and what was important to them. Find some stones whilst exploring out and about, bring out the paints and recreate some Stone Age art!

Not all Stone Age people were hunter-gatherers. Many lived in villages during the later period. If you live near a park you can explore and try to find a suitable place to make a prehistoric camp.

If your kids love getting crafty, why don't they design their own version of a Stone Age tool? Encourage them to draw a diagram of their design with detailed annotations explaining why they have designed it in the way that they have chosen.