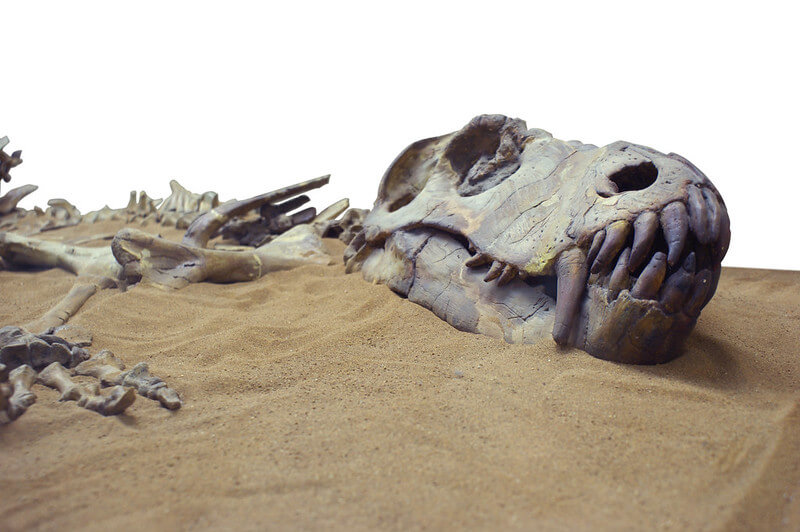 As part of their classes in KS2, kids in year 3 are very likely to learn about the Stone Age - a period that lasted around 2.5 million years, ending in 3300 B.C., when the Bronze Age began. With a huge array of free exhibitions, activities and resources for the whole family, kids will love learning about the many aspects of the Stone Age - discovering the different people that lived in this period, from Neanderthals and cave men to fire-makers and Homosapiens - as well as learning about their homes, their diet and their environment. This fascinating topic will make for a great family day out, with many different options in and around London.

A day out at the Natural History Museum is sure to be filled with Stone Age artefacts, ideas and learning resources. Visit the first adult Neanderthal skull ever found, and see lifesize models of stone age people, including models of Neanderthals and early Homo sapiens. The Human Evolution display is a popular place for kids who want to know more about the evolution of man - discovering how they looked, what they ate and how they lived - as well as which animals they lived with during this time in Britain and across Europe.

Discover London's Amazing Stone Age Past At The Museum Of London

Discover what life in London was like before the Bronze and Iron Ages, when metal tools were created and the Stone Age came to an end. Most of the Museum of London's amazing collection of 11,000 Stone Age artefacts were found on building sites in the 19th and 20th centuries, and The Garraway Rice Collection of Lower and Middle Paleolithic Material includes many rare and important resources, such as evidence of Ice Age and Mesolithic hunters, which were found in and around a site in Uxbridge. Make sure you check out the display of Neolithic polished axe heads, as well as the group of Neolithic mace heads. 'London before London' is one of the museum's permanent exhibitions, where you can discover objects found in the river Thames - and don't miss the reconstructed face of a Neolithic woman or the museum's replica of the Dagenham Idol (the original, which is around 4300 years old, can be seen for free at the brilliant Valence House in Dagenham).

The British Museum is home to the earliest man-made objects in the world, with some aged at nearly two million years old. It's totally free, and suitable for the whole family - head straight to Rooms 50 and 51 on the first floor to find many wonders from the Stone Age. Why not pick up one of the Museum Explorers maps? Perfect for kids of primary school age, the 'Ancient Britain' trail takes you on a journey through history, starting with the Stone Age's Mesolithic period, where you'll discover facts about Stone Age life - learning what animals they hunted, what food they ate and what their houses looked like. Imagine wearing the amazing deer skull headdress, and learn about how hunters made glue from trees - the explorers map is full of activities and suggestions to make sure that you don't miss any of the most interesting objects in each room. Create a shorter version of the map by only exploring the Stone Age artefacts found in the first room - or complete the trail to see what came next, learning about the Bronze Age, the Iron Age, the Romans and the Vikings.

Just ninety miles out of London is Stonehenge - the most iconic and impressive Stone Age monument in Europe. A certified World Heritage Site, Stonehenge is an exciting and awe-inspiring place - perfect for year 3 students to learn the most important Stone Age facts and ideas. Because the stone sculptures are in an isolated spot in the Wiltshire countryside, families are advised to visit by tour bus -  which is a great opportunity to spend some quality time together - and plenty of operators run tours from London Victoria, with the option of doing a half-day or full-day trip.

As well as seeing the stone circle itself, the onsite exhibition explores the amazing secrets behind how it was built, and kids can experience life in the Neolithic period in the museum's replica Stone Age village. The village has five houses that have been made using the same building materials that our Stone Age ancestors would have used - local hazel rods with chalk and hay to make the walls, and a thick, thatched roof made of wheat-straw. The houses are filled with replicas of stone age axes, pottery and other artefacts, which transports kids back in time, giving them an opportunity to live like our ancestors did when Stonehenge was being built.

Amazing Stone Age Animals At The Grant Museum Of Zoology

The giant deer skull on display at the Grant Museum of Zoology is sure to amaze kids of any age. With the biggest antlers of any animal ever found, the giant deer roamed the earth between 400,000 and 7,000 years ago - but the skull was not found in a cave or on a dig, but in a hotel in Ireland in the 1960s! The Grant Museum purchased the skull, and now people from around the world come to marvel at its huge antlers, which measure 3.6 meters across, weighing around 45kg. Budding anthropologists can also find skeletons of early humans at the Grant Museum of Zoology, including Homoerectus.

Halloween Costume Hack: Become An Invisible Ghost
Clocks Go Back. But Why? How To Explain It To Kids
30+ Knee Puns That Kids Knee-d To Know
30 Burger Puns That Are Really Cheesy
Explore Kidadl