Roman Crime And Punishment (KS2): Everything You Need To Know 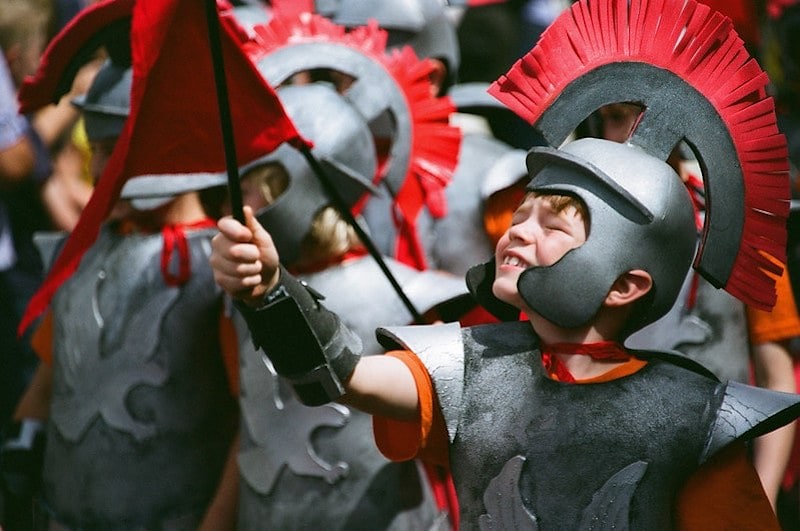 Spanning centuries and impacting various cultures and countries, the Roman Empire remains one of the most influential periods of history. From their amazing inventions to the communities they established, Ancient Rome has had a huge influence on the way we live our lives today.

And if your child is learning about crime and punishment in Roman times, Kidadl are here to help get you up to speed as well.

The Romans had a complex, and fairly progressive, structure of law and government: in fact, many of the basic systems we have today originate from Ancient Rome.

The Romans had a Constitution, a supreme law that was made up of an agreed set of principles that was followed by government. It wasn't written down in one place, as the Americans later did with their own constitution, but was established through particular laws and tradition.

Laws were made a number of different ways. New laws were mostly created through the Roman Assemblies, where they were voted on by Roman citizens who were members. Laws could also be made by the Plebeian Council, be decreed by the senate or elected officials such as magistrates, or commanded directly by the emperor.

However because the constitution, and many of the laws within it, weren't written down or available for general viewing, corruption was rife. In 450 BC, the people eventually revolted and as a result, some laws were written down onto stone or bronze tablets, and these laws became known as the Law of the Twelve Tables.

But many of the rights given to people under Roman law only applied to Roman citizens, and even within citizenship, there were different levels where people would have more or less rights than someone else.

Criminal law was enforced by someone called 'the Praetor.' The Praetor was a high-ranking official, and was responsible for the administration of justice. They also had a police force called the Vigiles, who dealt with petty criminals like runaway slaves or thieves. For situations where more force was needed, like riots or gang in-fighting, military groups, like the Praetorian Guard or the urban cohorts, were brought in.

Many Roman crimes were very similar to the ones we have today, like theft, forgery or murder. But the Romans were also extremely religious, so actions that went against society’s common views were also crimes. Committing blasphemy was one of the worst crimes you could commit.

The Romans split theft into two different categories, 'manifest' and 'non-manifest' theft, and each carried a different punishment. Manifest theft was when a thief was caught in the act, either of committing the crime itself or transferring stolen goods.

Initially, the punishment was death or flogging, but it was later changed to a fine equalling four times the value of the stolen goods. For non-manifest theft, the penalty was double the value. The difference in penalties is largely believed to have been a strategy to encourage the victim of the theft not to kill the thief caught in the act and move forward with legal proceedings.

Roman punishments were pretty gruesome, to say the least. Punishments included beatings or lashings with a whip, exile and death, via a few unusual and horrifying methods. The Romans did have prisons, but they didn't usually use them as a punishment, more to hold people whilst their guilt or punishment was decided.

Damnatio ad bestias. Meaning 'condemnation to beasts,' this was a form of Roman capital punishment where the guilty person was killed by wild animals, usually lions or other big cats. This form of execution was demanded for the worst sort of criminals and Christians, and was used as entertainment for the lower classes, even forming part of the Flavian Amphitheatres inaugural games in 80 AD.

Decimation. Meaning 'removal of a tenth,' this was exclusively a form of military punishment where every tenth soldier was put to death by other members of his cohort, for capital offences like cowardice, mutiny, desertion or insubordination.

Poena cullei. Meaning 'penalty of the sack,' this was a form of death penalty for someone convicted of parricide (killing their own Father). The guilty person would be sewn up in a leather sack, alongside four animals - a rooster, dog, monkey and snake - and then thrown into water.

Punishments weren't the same for every Roman citizen though, and would vary based on status. If you were a wealthy noblemen you could expect to receive far less punishment than a slave would, for example, for exactly the same crime.

In ancient Rome, slaves had no rights and were the property of the people who owned them. If a slave broke the law they were whipped or beaten, and then forced to carry a heavy piece of wood on their backs, demonstrating to society that they had broken the law and were being punished. People would then throw rotten fruit and vegetables at them in the streets.

The Roman method of execution for slaves was usually crucifixion, where they would be nailed to a cross and left to die. Alternatively, they would be stoned to death and a Roman citizen could happily join in with the stoning.

Slaves were also condemned to fight as gladiators as a punishment for their crimes.

If you want to bring everything you've learned to life, why not try out these fun and engaging activities with the kids?

Law And Order. Give children a variety of different proposals that citizens want to make into laws. Children can only choose three - which will they choose to make the law, and why?

The Punisher. Give children different scenarios of citizen and the crime they committed. What punishment would they hand down, and why?