Roman Clothes (KS2): Everything You Need To Know 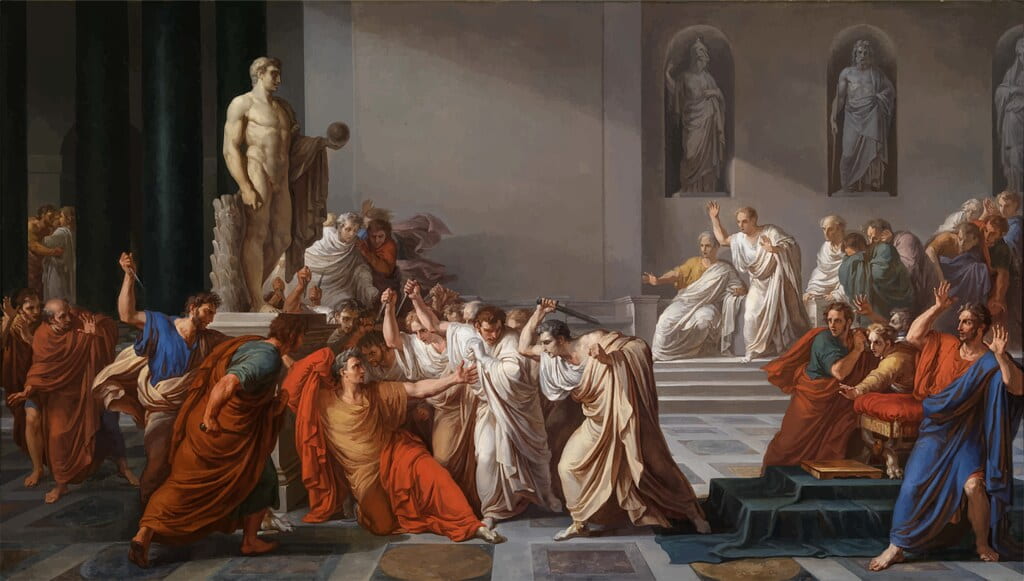 At History Key Stage 2, children are taught about the Roman Civilisation and its impact on Britain - this includes understanding the Roman culture and way of life, such as their clothing.

The Roman Civilisation originated in 509 BC, in what is now Italy. Over the course of 1500 years (until the Fall of Constantinople in 1453 AD), the Romans created an enormous empire, including the British Isles, which they conquered in 43 AD.

The Romans are known for building forts, roads and aqueducts, but Roman fashion was also very important - would you believe that people already followed trends 2000 years ago! In Roman times, clothing was meant to reflect the social and economic status of the person wearing it.

As part of their knowledge of Roman culture, children are expected to know the main characteristics and items of their clothing, as well as the types of materials they were likely to be made of. This guide contains information about the clothing which Romans wore, as well as Roman clothes facts and activities to go through with your child. So, what did the Romans wear? By the time you have finished reading, you will know what a toga, a stola and a tunic are, and even what kind of sandals the Romans wore!

If you are after more learning resources about the Romans, why not read our guide to Roman Gods or our Roman Armour fact file?

What Did Roman Men Wear?

Roman men generally wore a knee-length tunic called a "chilton", which was either short-sleeved or sleeveless and came down to their knees.

When it was cold, men wore a cloak over the tunic (like a shawl) which was made of wool and wrapped around the body to stay in place.

Important or rich Romans wore a toga, which is like a long robe worn over the tunic. The toga was considered to be smart clothing, the equivalent of a suit today. It is a long piece of Egyptian linen or white wool, which is draped around the body. Only Roman citizens were allowed to wear a toga, which excluded slaves or women.

What Did Roman Women Wear?

On top of the tunic, some Roman women wore a long piece of pleated linen called a "stola" which was draped around their body, fastened at the shoulder and went all the way down to their ankles. The stola was either short or long-sleeved, depending on the season. Only married women wore a stola, unmarried women simply wore a tunic.

In winter, Roman women wore a shawl made of wool to keep them warm called a "palla".

Rich Roman women paid close attention to their jewellery, hair and makeup; many had slaves in charge of helping them get ready.

What Did Roman Children Wear?

Roman clothes for kids were very simple. Children most often just wore a tunic, fastened with a belt at the waist. In Roman times, children wore a "bulla", a sort of amulet or charm which was given to them at a young age. Girls would wear the amulet until they were married, and boys until they turned sixteen.

There were two main types of shoes worn by Romans: sandals with open toes which were strapped to the foot called "calceus" and full, closed shoes called "soleae".

Men and women generally wore the same kinds of shoes, but the colour and style of shoes could indicate the social standing of a person. Senators and patricians, who were high-ranking citizens, often wore red shoes to show their status.

Wool was the most commonly used material for ancient Roman clothing, because it is strong, sturdy and comfortable. It's also good against the cold. Women often spun their household's wool, except in rich families where a slave would be in charge of this task.

Silk was imported from China, but it was a very expensive material to purchase so it was reserved for rich Romans.

Cotton was imported from Egypt and was also considered a luxury fabric as it is softer and finer than wool (and also much more expensive). It was often used to make wealthy Romans' tunics.

Leather from pigs or sheep was most commonly used to make shoes in Roman times.

A toga was made of material that could be up to six metres long - it must have been tricky for men who wore them not to get their feet caught up in it!

When in mourning, Roman men wore a toga that was completely black, called a "toga pulla".

Sometimes, men wore a toga that had lead weights sewn into it to make it hang properly!

Women used to be allowed to wear a toga until the 2nd Century BC, when that right was revoked as they were not legally recognised as citizens.

Making your own toga is very easy! If you have any sort of sheet, tablecloth or spare fabric around the house, use it to wrap around your child's body to dress them up like a Roman citizen. It is better if the fabric is white or plain-coloured to be more authentic, but anything will do!

As a creative activity, you could draw or print outlines of bodies and invite your children to draw clothing onto them like a tunic and a toga. Make sure they correctly draw the different types of clothing which men and women wore.