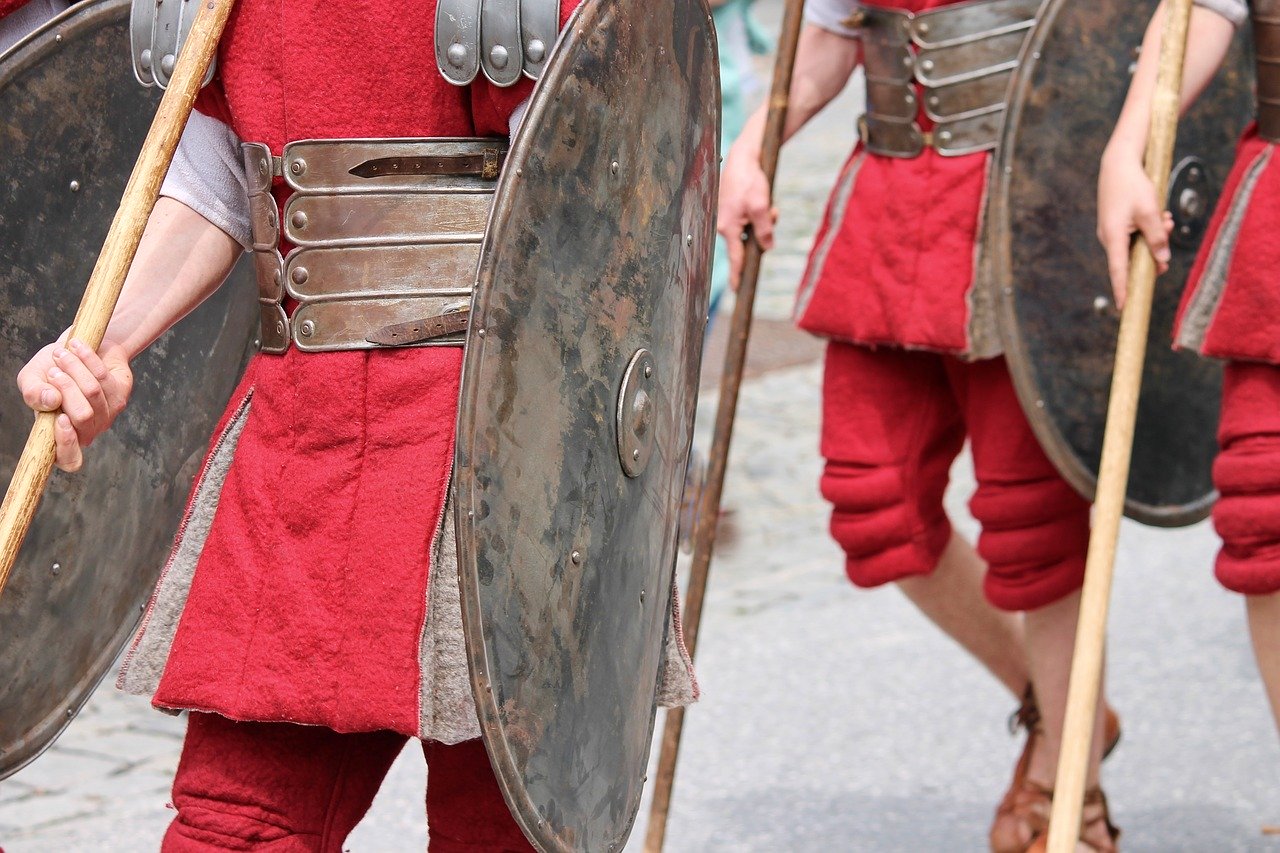 The Ancient Roman military were fearsome, and had a ferocious army in the 1st century AD that was disciplined and effective.

For KS2, it is essential for kids to know about the armour a Roman soldier would wear, how it was useful and its features. This will ground their knowledge in historical facts and open their eyes to different worlds!

The Ancient Romans were known for their highly-skilled army that moved in strict formation on the battlefield, well-equipped for anything. For this reason, they had to ensure their armour was resilient, strong and tough to protect them from being wounded.

What Armour Did The Romans Wear?

The first type of Roman armour used was the lorica segmentata. It was made in a hooped metal arrangement. The lorica segmentata armour was used primarily in the early Roman Empire and was perfect because it was compact, making it easy to store.

Legionaries wore an undershirt made of linen and a woollen tunic. The linen helped the soldiers to stay cool while the wool helped to trap heat, keeping the soldiers warm.

Like the helmets, the Romans wore metallic body armour that protected their flesh from being wounded. For the most effective protection, the armour was made up of overlapping iron strips. The overlapping strips allowed for swifter movement.  These strips were fastened with laces and hooks, and were hinged on at the back for maximum strength. This allows for flexibility so the solider can bend and move.  To cover all of the soldier's body,  metal plates protected their back and front. For their shoulders,  metal pieces curved round their shoulders, protecting them from sword blows.

The second type of armour is known as lorica hamata, used during the Roman Republic. This armour was worn by both legionaries (primary) and auxilary (secondary) soldiers. Lorica hamata was a type of chain mail armour, where lots of small interlocking metal rings linked together. Mail was durable and took months to construct, however a single shirt lasted for decades, making it sustainable and reliable.

The last type of Roman armour used was the lorica squamata. This was made of scaled metal plates that look like the skin of a fish.  A fabric shirt provided the base for this armour where hundreds of iron or bronze metal plates were sewn into the shirt. Unlike the other two armours, this uniform was light and flexible as the metal was never thicker than 0.8mm. The overlapping plates provided the material with enough strength and resistance.

Why Was Roman Body Armour Useful?

Roman soldier armour was useful because it covered most of the body through roman breastplate, leather straps, chain mail armour and heavy metallic material. This also prevented deadly sword blows to the body.  The Roman army uniform is known for its consistency, resilience and protection. Although Roman armour was known for its uniformity, often roman soldiers could add to their uniform. This meant that richer soldiers would buy their own gear to use and embellish their armour.

How Heavy Was The Roman Armour?

Due to the materials used in Roman infantry, the armour worn was very heavy. However, lorica squamata was lighter and more flexible. Whereas lorica segmentata, although heavier, was easy to pack up and more resistant.  It is considered the most protective for the Roman legionary and is the most expensive. The lorica hamata, like lorica segmentata, was very heavy and  uncomfortable for the Roman legions. This is because the weight was distributed unevenly, so the stress falls mainly on the shoulders.  It was clever for roman soldiers to have different uniform as each battle varies in needs and resources.

Questions To Ask The Kids:

How many uniforms did the Roman Army use?

Which was the most flexible and lightweight Roman armor?

The lorica squamata armour looked like the skin of a what?

What type of armour was the lorica hamata?

Why was lorica segmentata so useful?