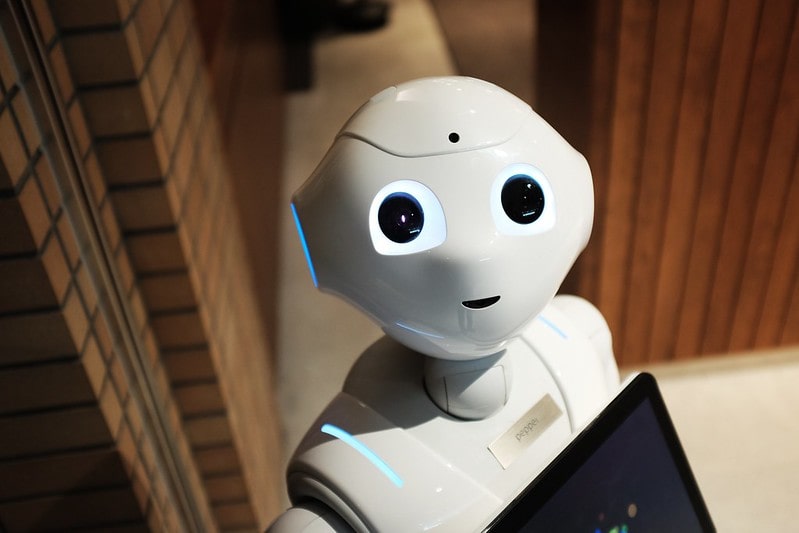 Why did the robot cross the road? To get to our hilarious jokes about robots, of course!

Whether you want to know what to call a pirate robot, or are wondering which music a droid would listen to, there's a robot joke here for you. When it comes to robots, jokes are everywhere, and there's bound to be a pun here to make even the stubbornest audience grin.

A few years ago, no-one would have imagined we'd be living in a time where we can ask a robot to turn on our favourite music, search the internet or do the hoovering for us. We can even fly them round the garden. And the more robots become part of our lives, the more opportunity there is for a good joke - at least until the robots get programmed to make human jokes right back at us! What sort of jokes do you think robots would make about people?

Anyway, if you like a good cyborg joke, don't take an R2-detour, scroll on down, because we've collected some of the funniest robot-related wisecracks around to jump-start your sense of humour and turn the grumpiest robot's frown upside down. There's a robot pun for every occasion.

One-line robot jokes that trip off the tongue to make your audience creak with laughter.

How do robots eat salsa? With micro chips.

How did the robot get across the river? In a ro-boat.

What do robots wear in winter? Ro-boots.

Funny robot jokes that will get everyone laughing.

Why are you telling knock knock jokes? There's a robot invasion.

Put the pedal to the metal with even more robot puns to help you light up the room.

Why does everyone fall asleep in Professor Robot's flying class? Because he drones on and on.

How did the robot's teacher mark his book? With robo-ticks.

What name should you never call a robot? Rusty.

Why are robots shy? Because they've got hardware and software but no underwear.

What do you call a robot dog? Dogmatic.

Why did the robot sneeze? She had a virus.

How do you make a robot angry? Push its buttons.

What do you get if you cross a robot with a tractor? A trans-farmer.

What do you get if you cross a robot with a rock band? Heavy metal.

What do you mean, these aren't the droid jokes you were looking for?

Why are robots never lonely? Because there R2 of them.

What do you call a pirate robot? Arrr-2-D2

What do you call an invisible droid? C-through-P0.

Why did R2D2 walk out of the pop concert? He only likes electronic music.

Why was the robot late for the meeting? He took an R2-detour.

What do you call a frozen droid? An ice borg.

These robot jokes show what would happen if robots got out and about on the street just like us.

Why do robots never use bank cards? They always pay with cache.

Why did the robot cross the road? The chicken programmed it.

What restaurant did the robot go to? Megabytes.

Why did the robot go to the bank? He'd spent all his cache.

Why did the robot go on holiday? To recharge her batteries.

What do you call it when two robots go to a restaurant? A dinner data.

Why did the robot want to take a train up the mountain? He thought it would be a hard drive.

What do you call a Canadian robot? A snowbot.

Why was the robot banned from driving? She beeped too much.