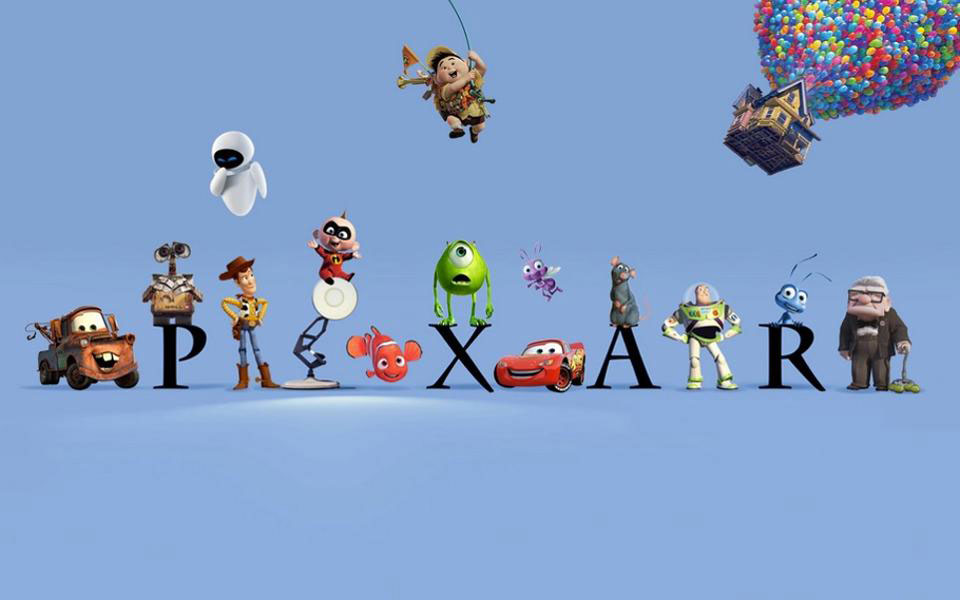 Pixar films are among the best that children's cinema has to offer.

Champions of ingenuity, both creative and technical, the animation studio has been charming children (and adults) ever since the release of Toy Story, its first full-length film, way back in 1995. They're the kinds of films that shape childhoods; each one offering an extraordinary imagined universe, beautiful visuals and a unique brand of age-transcending humour.

Attempting to rate one over the other provides endless opportunity for debate; there's a reason these films are revisited by families again and again, and we know everyone will have one that they particularly cherish. But that's what these lists are all about, no? Inspiring debate, inducing nostalgia and, perhaps most importantly, bringing us to the conclusion that we'd better watch them all again, just to be sure.

With that happy prospect on the horizon, may we present: the top 10 Pixar films, ranked.

A vivid representation of Mexican culture, Coco is a heartwarming tale of family, mortality and examining one's heritage. 12-year-old Miguel dreams of becoming a musician but is banned from enjoying music by his family because his great-great-grandfather selfishly deserted his wife and daughter Coco generations before, to pursue the same dream. With striking, otherworldly visuals and a sumptuous soundtrack (complete with traditional Mexican folk music), the film sees Miguel travel to the Land of the Dead to uncover the story of his ancestors. The plot is a little less cohesive than a lot of the others on this list, but this is more than made up for by the film's heartfelt themes, which are handled with sensitivity and genuine feeling.

The heartbreaking opening sequence of Up proves what we all already knew: that Pixar can do emotional depth just as well as lighthearted comedy. The story follows Carl, a crotchety old widower intent upon affixing balloons to his house and flying off to Paradise Falls, where he never got the chance to take his beloved wife.  Naturally, a cute little kid and a canine pal join the adventure, and what follows is a touching story about love and loss; a complete joy.

Defying all odds, Toy Story 3 proves that sequels to sequels need not run out of invention. It deals with one of life's undeniable truths, but one that is particularly poignant in the world of animated toys: that we all grow up and leave childish things behind. At the film's opening, Andy is preparing to leave for college and is encouraged by his mother to clear out the old toys from his childhood room. The scenes that follow explore the ideas of growing up and passing time with real heart. The third instalment continues to make the most of its winning cast whilst also admitting a host of welcome new additions (a device that feels necessary, given the film's central subject matter: ending and new beginnings). Pleasingly nostalgic, undeniably fun and genuinely moving, it's a cathartic addition to the legendary original.

Wall-E is a feat of (almost) wordless storytelling and gorgeous visuals. Its sweet, lonely opening, in which a solitary little robot, Wall-E, scours his forsaken planet for rubbish, is a wonderfully atmospheric precursor to all that follows. A little slower-paced than the other contenders on the list and with comparatively little dialogue, Wall-E nonetheless keeps us captivated and invested. Most significantly, it allows for reflection on the harm we are doing to our planet; a commendable effort then, and an endeavour that feels all the more pressing today. Great for educating children on important issues, Wall-E doesn't simply entertain, it makes you think.  And yes, its protagonists may be robotic, but the story couldn't be any more human

The first feature animation for Pixar studios, Toy Story was a landmark of children's filmmaking, and arguably provided the template for all that came afterwards. Exciting and innovative, with an excellent soundtrack to boot, Toy Story vividly brings to life the secret world of children's toys with admirable attention to detail and ingenious humour that will amuse children and parents alike. Not only this, but it portrays such relatable human feelings (jealousy, love, fear) with real depth and warmth. It may be about children's toys, but the plot, jokes and themes are enjoyable and meaningful for viewers of all ages.

A friendly neighbourhood rat with a passion for French cooking? It's stories like this that set Pixar apart as masters of children's storytelling on the big screen. Remy the rat is not like other rats; he has an abnormally good sense of smell and a penchant for haute cuisine, one that gets him into all sorts of trouble. Before long he has been ousted from his home and separated from his family. Lost in the sewers of Paris with only the imaginary incarnation of his favourite  gourmet chef for company, he encounters Linguine, the incompetent kitchen boy recently employed at his beloved chef's flagship restaurant. It's a magical story of friendship, a love letter to food, and a lesson that great things can be found in extraordinary places. It teaches children that dreams are achievable with passion and hard work. What, honestly, is not to love?

Check any other 'best of Pixar' list and you might find Monsters, Inc. much father down it; unfairly so, we believe. This film does what Pixar does best: it conjures up an amazingly detailed and original alternate universe, it peoples it with brilliant characters, and it races through an action-packed plot-line with thrilling speed and entertainment value, all in an hour and a half. Genial sully and his sardonic friend Mike work at Monsters Incorporated, the organisation responsible for powering their city by frightening children and bottling their screams. Add one adorable child, a terrifyingly creepy villain or two and plenty of enthralling plot twists and you have an all-around crowd-pleaser. And we defy anyone, parent or child, to watch the final scenes without experiencing a lump in the throat.

This ocean-set adventure is universally loved, and with good reason. Sweet but overly-protective clownfish Marlin is desperate to shelter his son from the dangers of their coral reef home, but it's not long before his worst fears are realised and Nemo is scooped away from him. The rescue mission/adventure that follows makes for one of Pixar's most dazzling films. The story is brilliant, the visuals stunning, the characters funny and imaginative. Forgetful Dory makes for an hilarious side-kick, whilst the rest of the film plays host to vegetarian sharks with an insurmountable taste for blood, squabbling seagulls that jabber 'mine, mine' at the sight of a food morsel, and surfer dude turtles riding the ocean's waves. Ingenious. Amid the laughs, Finding Nemo also manages to teach a touching lesson about the importance of letting your child move through the world by themselves, difficult as it may be; a struggle we can all relate to.

A beautiful follow-up to its predecessor, Toy Story 2 is similarly clever and jam-packed with adventure but brightened still further with the addition of a slew of new characters. The rootin' tootin' cowgirl Jessie is a wonderful example: her heartbreaking rendition of When She Loved Me, a song about being left behind by her beloved owner, is almost unbearably poignant. With countless twists and turns, the story feels exciting and fresh, whilst managing to build seamlessly upon the themes and motifs of the original. Bravo.

A near-perfect kids' film, The Incredibles had to be top of our list. Set in an alternate universe where celebrity superheroes defend the world against crime (and general evil), Mr Incredible and his family of 'supers' are forced to go into hiding after several costly mistakes put superheroes out of favour with the rest of the world. The film goes on to show him 15 years later, dissatisfied and stifled by his second-rate desk job, secretly lured into performing undercover super work. Superbly entertaining, what follows is a pacy adventure that switches deftly between action, humour and more thoughtful reflections on family roles and personal identity. The inimitable Edna Mode, is, of course, a marvel of comic character creation, and every other member of the cast proves to be almost as dynamic. In fact, we're hesitant to call it children's entertainment; whatever your age, this film's a winner.