Ranked: The Best Disney Songs Of All Time 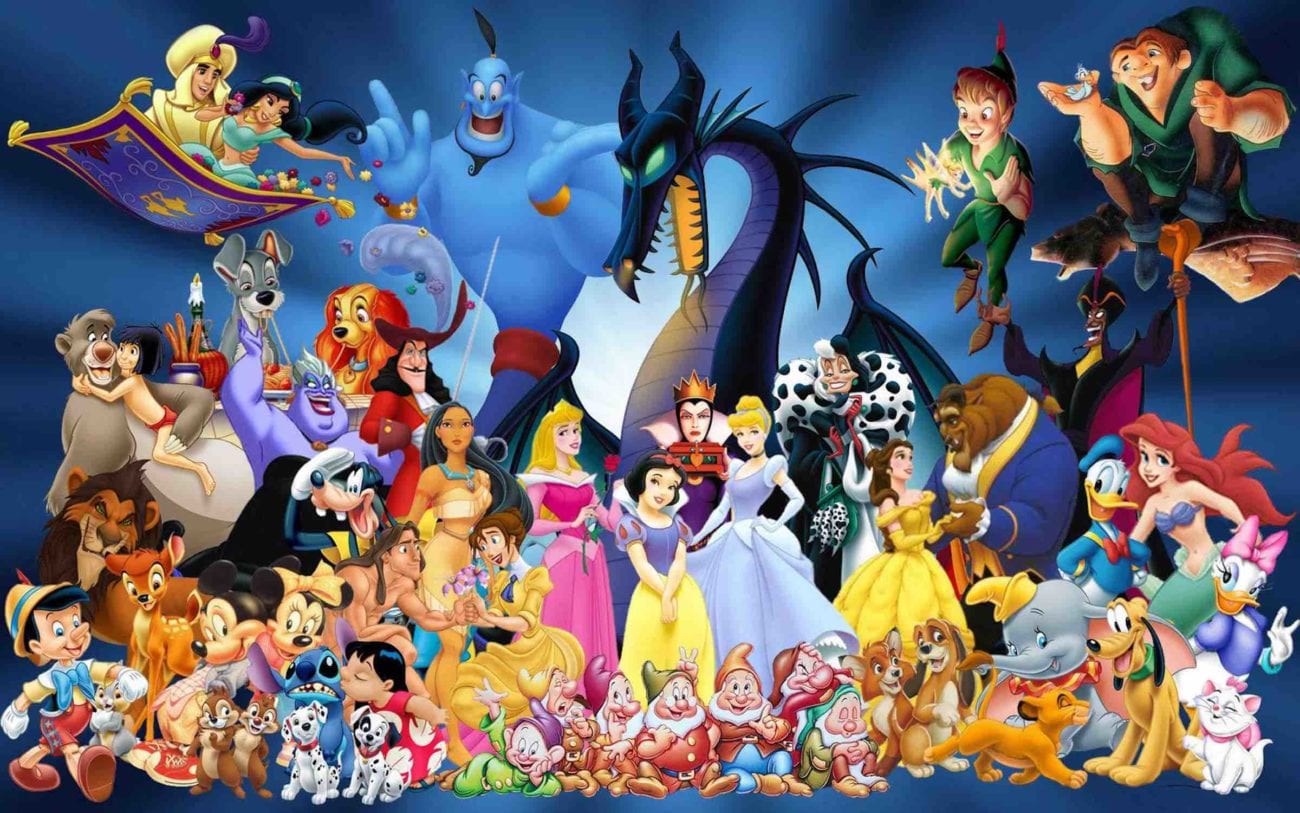 Walt Disney Studios has been belting out crowd-pleasing songs since 1937, when Snow White first dreamed of her prince and seven dwarves Heigh-Ho’d their way into our consciousness.

The best part of a century on, and Disney can lay claim to dozens of the most famous songs ever written. A philosopher might say that this is a cultural achievement to rival the pyramids, or the works of Shakespeare. But the rest of us just want to know… which song is the best?

Here, then, is the Kidadl pick of the 10 greatest Disney songs of all time. The top 3 were chosen by popular vote on our Facebook group. Oh, and we're only permitting one song from any given movie.

When You Wish Upon A Star (Pinocchio)

Say “Disney song” to anyone of a certain (older) age, and they’ll likely start humming this. The classic tune from Pinocchio went on to become a leitmotif of Disney itself. To this day, most Disney films open with an instrumental version of When You Wish Upon A Star, played over a sweeping shot of a fairytale castle. The song was penned by Leigh Harline and Ned Washington. It won an Oscar for Best Original Song, and is still known to just about everyone some 80 years after its release. THAT is the definition of a timeless classic.

Everyone has their own favourite Lion King song, from a soundtrack of unusual consistency. Can You Feel The Love Tonight might have won the Academy Award and Hakuna Matata might be a hit with the kids, but this Elton John and Tim Rice collaboration is the great scene setter. With its famous opening chants (in Zulu), its rousing chorus and philosophical lyrics, we really do feel our place in the great, unfathomable mystery of life.

Be Our Guest (Beauty and the Beast)

And now for something completely different. It’s comic, it’s cartoonish, it’s cabaret. Like many a Disney song, though, Be Our Guest also has bags of heart (just listen to that mournful accordion from the 1:40 mark). If nothing else, it’s certainly the greatest song ever to be tackled by a teapot, candelabra and carriage clock. Oh, and if you’ve never heard it before, check out the Simpson’s parody: “See my vest, see my vest, made with real gorilla chest…”.

Part Of Your World (The Little Mermaid)

Two years before they set to work scoring Beauty and the Beast (see above) composers Howard Ashman and Alan Menken were scooping up two Oscars for The Little Mermaid. Under The Sea won Best Original Song, but this slow-building power ballad feels like a stronger pick. Surprisingly, it was almost cut from the film after an audience of children became restless during a test screening. The song survived, and kids everywhere have now made this part of their world.

Further evidence that the studio knows how to do ‘poignant’ can be found in this recent Disney Pixar animation. Remember Me is a simple, gentle ballad, yet it’ll punch your organs of emotion so hard that you will never forget it. You will shed a tear every time you remember it. The song gets several outings in the course of the film, but the scene where Miguel duets with his great-grandma Coco must compete with the opening minutes of Up for the most tear-jerking scene in the whole of Disney. To nobody’s surprise, it won the Academy Award for Best Original Song in 2017. One of three songs in this list by husband-wife team of  Robert Lopez and Kristen Anderson-Lopez.

Into The Unknown (Frozen 2)

Another one of those Disney songs that you only have to hear one time to internalise. Yes, it’s partly that haunting, four-note siren call, but the song’s delivery by Idina Menzel (Queen Elsa) is also a tour-de-force in screen singing. Capturing Elsa’s headstrong internal monologue, the song is often compared to Let It Go from the first film (see below). Indeed, both tunes were penned by the same writers, Robert Lopez and Kristen Anderson-Lopez, who also gave us Remember Me from Coco. That kind of CV must put the Lopez couple up their with the great composers of all time. They certainly outrank Beethoven in our household.

What to do about Mary Poppins? The 1964 movie has such a strong soundtrack -- arguably the greatest of all time -- that one could easily produce a ‘top 10’ just for that one film. My personal favourite would be Feed The Birds for its haunting melody and its glimpse of an impoverished London absent from the rest of the film, but those are hardly themes for a family friendly listicle. So instead, let’s plump for this upbeat number to help kids tidy their bedrooms. The whole premise of clicking your fingers to make things tidy is a subtle callback to Snow White’s whistle-while-you-work.  (I also like the way that Mary manages to serenade an American robin during that song, a bird not indigenous to the UK. Further proof of her enchanted abilities, or a production gaffe… you decide.)

Ask a millennial to name a Disney song, and they’re more likely to say Let It Go, than When You Wish Upon A Star. The song is Disney’s greatest hit of recent times, and can be hummed by many who’ve never even seen the film. It’s a classic song of teenage rebellion, inner angst and the need to find one’s own path in life. That final, magnificent chorus and the closing line of contrariness are among the greatest musical moments of any genre. This is a song people will still be singing 100 years from now.

Speaking of which, this little number has already clocked up more than half a century, and is still going strong. Its jaunty rhythm, punning title (it’s sung by a bear) and whistleable tune all conspire to make it one of Disney’s greatest earworms. The other famous song from that film -- I Want To Be Like You -- is another contender, though if you watch it in the film it’s a little less coherent, and broken up over several sections.

This song won our Facebook poll by a clear margin, and would also be my personal choice for the gold. It has everything. Clever lyrics, playful egotism, one helluva catchy tune and an outstanding (and unexpected) vocal performance by Duane “The Rock” Johnson. Your kids will want to hear it again and again, and for once, you’ll willingly consent. The Moana soundtrack has several other standout tracks. How Far I’ll Go was nominated for an Oscar and Where You Are is a grower that neatly sets the scene for the story. How much longer do we have to wait for Moana 2?

Sarah Hallam
This is some text inside of a div block.

Avneet Bains
This is some text inside of a div block.

27 Music And Movement Activities For Preschoolers

Naomi MacKay
This is some text inside of a div block.

Heidi Scrimgeour
This is some text inside of a div block.
Ages 5-10

Amy Lines
This is some text inside of a div block.
Ages 14-18

Natalie Rayworth
This is some text inside of a div block.
All Ages

Back To The Barre: A First Introduction To Ballet At Home

Anya Mercer
This is some text inside of a div block.
All Ages