Queen Victoria Facts For KS2: Everything You Need To Know 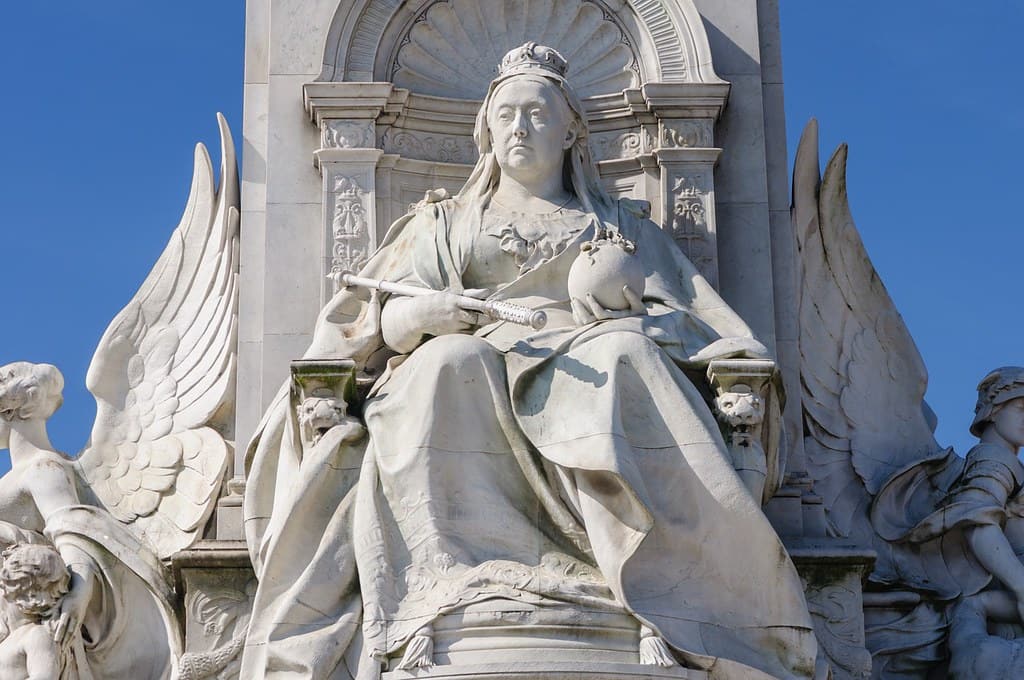 Queen Victoria was the British monarch from 1837-1901, and she was the second-longest reigning monarch Britain has ever had. Kids will be enthralled by Queen Victoria, and the dynamic period in British history over which she ruled. This handy guide will allow you to explain all about Queen Victoria to your kids, and ensure they are engaged and enjoying their learning. It even includes some little-known facts about Queen Victoria that kids will love to share at school, so why not take a look below?

Check out this great guide to Queen Victoria and her reign for a clear and detailed explanation of everything your Key Stage 2 child needs to know, plus more.

The Life Of Queen Victoria

Queen Victoria was born on May 24 1819, at Kensington Palace in London. She was the daughter of Prince Edward, who was the third son of the British King George III, and Princess Victoria of Saxe-Coburg-Saalfeld, who was a German princess. Usually, in the royal family, the family of the King's oldest son would be next in line to the throne, but neither of Prince Edward's older brothers had any children, and Victoria's father had died when she was very young. This meant Victoria became Queen after the death of her grandfather in 1837. Queen Victoria came to the throne when she was very young at the age of 18. She had a very strict upbringing as a child, and had an extensive education, which included learning philosophy, history and painting, as well as languages like French.

Did You Know: Queen Victoria's first language was actually German!

Queen Victoria was crowned the year after she became Queen, in 1838. Her coronation took five long hours, and quite a lot of things went wrong! The bishop accidentally put the sparkling coronation ring onto the wrong finger, and it was stuck there for quite a few hours after the ceremony. It was still a very grand affair and took place at Westminster Abbey.

In 1840, at the age of 21, Queen Victoria married her cousin, Prince Albert of Saxe-Coburg. In these days it was common for royal family members to marry their relations because it meant that royal power would remain in their family line. Victoria and Albert married at St James's Palace in London. The royal couple had a happy marriage, and they had nine children. They were very popular with the British public. After Prince Albert died in 1861, Queen Victoria was devastated, and she wore black - the colour of mourning - for the rest of her life, in his memory.

During her reign, Queen Victoria tried to use her power as Queen to influence politics. The Queen initially preferred the Whig party, which favoured making changes to the political system, to the Tory party which favoured conservatism. She was very close to her first Prime Minister, the Whig Lord Melbourne.

She was later very fond of another Prime Minister, the Conservative Disraeli. Disraeli made Queen Victoria the Empress of India in 1876, expanding the British Empire. Today we are very aware that invading and ruling countries like India in the name of Empire was wrong and unfair. The British took many resources from around the world while treating local populations badly. At the time, most British people, and Victoria herself, enjoyed the prestige of having the world's largest ever empire.

Queen Victoria died in 1901, after a very long reign that lasted for 63 years. She died at Osborne House on the Isle of Wight, which was one of her favourite summer palaces. She was buried next to Prince Albert, and she was succeeded by her son, Edward VII.

The Family of Queen Victoria

Queen Victoria had a very large family. She had a half-sister and a half-brother from her mother's first marriage, although she did not grow up with them. Her nine children were four sons and five daughters, and she ended up having 42 grandchildren in total!

Even though the Queen was not supposed to have much of an influence in foreign policy affairs, she earned the title of "the grandmother of Europe" because she made sure her many children married into the royal families of Europe. This meant that her family would be powerful all over the continent and that she had important allies. These marriage alliances were an important reason behind Britain's lack of involvement in lots of wars during Victoria's reign.

Victoria's oldest daughter Adelaide Mary Louise married Frederick of Prussia and was made the Empress of Germany. Her third son married into the Russian royal family. In total, eight of Queen Victoria's children became monarchs in different countries. This includes the royal families of Britain, Greece, Spain, Romania, Russia and Sweden.

Did You Know: The grandchildren of Queen Victoria went to war against each other in World War I, just 13 years after her death. The monarchs of Germany, Britain and Russia during World War I were first cousins, and Queen Victoria was their grandmother.

The reign of Queen Victoria is known as the Victorian era. The Victorian times were very exciting, and many new scientific, industrial, artistic and political developments took place.

Some amazing inventions were created during the Victorian times.  These include the telephone which was invented by Alexander Graham Bell in 1876, and the lightbulb, which Thomas Edison created in 1879. Darwin also came up with his scientific theory of evolution.

Education also became a requirement for all children during the Victorian times, and was made compulsory for all children in 1880. Before this, a lot of children had to go to work in factories or as chimney sweeps. Chimney sweeping was a very dangerous job. Children were considered ideal for this work because they were small and could climb up chimneys without getting stuck.

By the end of the Victorian times, almost all of the adult population could read, and some wonderful books were written. The famous novelist Charles Dickens wrote during the Victorian times, and so did the great writer Oscar Wilde. Victorian books for children included Lewis Carroll's classic Alice in Wonderland, which was written in 1865.

Did You Know: Queen Victoria was the first ever British monarch to ride a train!

Kids will love these extra facts about Queen Victoria.

1.Queen Victoria was named Alexandrina Victoria when she was born, but preferred to be called by her middle name. Her family nickname was Drina.

2.Queen Victoria proposed to Prince Albert. This was because as the Queen of England, no one was allowed to propose to her.

3.No other British monarch had lived at Buckingham Palace before Queen Victoria.

4.Victoria and Prince Albert introduced the tradition of Christmas trees to Britain. This was a German custom, and the royal couple decorated their own tree together at Windsor Castle.

6.Victoria's marriage to Prince Albert was the first marriage of a British female monarch in almost 300 years, ever since the marriage of Mary I of England and Philip II of Spain, which was all the way back in 1554 during the Tudor times.

7.Victoria loved keeping a journal, and she wrote diaries throughout her life. These have provided some interesting reading for historians studying Victoria.