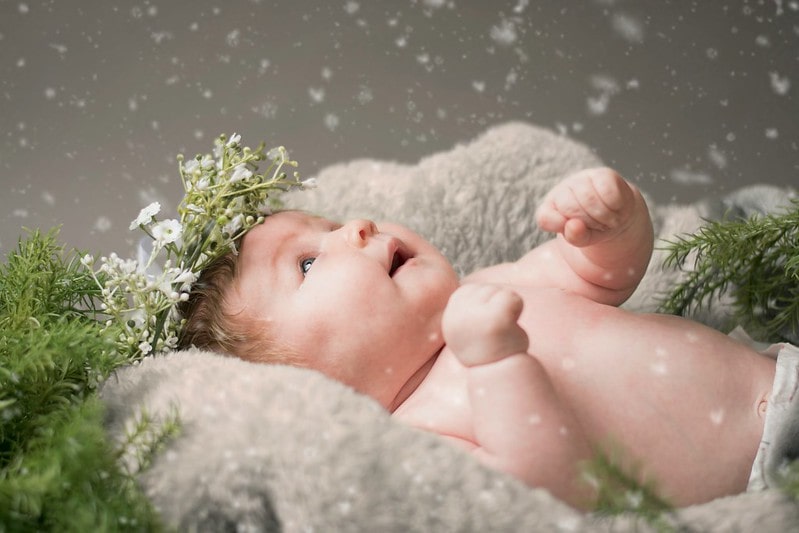 Choosing your child's name is a fun and creative process, so why not consider one of these gemstone inspired names for an individual and opulent moniker?

From unique, glamorous names inspired by the nine jewels that represent the planets (diamond, blue sapphire, yellow sapphire, ruby, emerald, garnet, pearl, cat's eye and coral) to traditional gemstone names, we have a great range of names for babies of all personalities in this list of wonderful gem names. Take your pick!

Choosing a baby name based on the birthstone of the month your child is born is one great idea for a truly meaningful name, like Garnet for a baby born in January, Pearl for a girl born in June or the sweet Emerald for your May baby. Otherwise, simply pick the sparkling name that appeals to you the most.

We treasure these cute and cool gemstone baby names here at Kidadl, and we hope you will too. Take a look below at our favourite 82 names inspired by precious stones.

Many of these jewel names for girls were very popular throughout history, and remain the perfect balance of elegant and edgy, so why not pick one for your little girl?

5) Cordelia (Latin/French/Welsh Origin) meaning "brave" or "jewel of the sea".

Did You Know? The pearl is the birthstone for the month of June, making Pearl, and its variations especially great choices for your summer baby. The Ancient Greeks believed that pearls were the tears of Aphrodite, the Greek Goddess of Love. The opal is the birthstone for babies born in October, and is a wonderful classic, vintage-sounding name choice.

You can't go wrong with these lovely traditional gemstone names for baby boys.

25) Mica/Micah (Hebrew Origin) meaning "who is like God", name of a precious grey stone.

These trendy jewel names are increasingly popular at the moment, and are great options for parents seeking a sophisticated, modern name for their baby girls.

31) Amethyst (Greek Origin) meaning "not drunk" - the Greeks believed the purple quartz stone we know as an amethyst would protect one from intoxication.

43) Jade (Spanish/English Origin) meaning "stone of the side" or "green stone".

Did You Know? The amethyst is the birthstone of February babies, and symbolised protection to the ancient Greeks, making this valuable violet stone a comforting and pretty option for your winter baby. The glamorous diamond is associated with April, and is a sparkling choice for any little girl born in springtime.

Named after the Egyptian goddess Pele, the pale green peridot is the birthstone for August, and is a chic option for your daughter born in August. If your baby is born in March, why not choose the baby name Aquamarine inspired by the vibrant blue March birthstone?

Jewel names for boys are becoming all the more popular nowadays. Choose one of these super stylish gem names for your little boy.

55) Jet (Greek Origin) meaning "stone of Gagas", a black stone named for the Gagas river in Turkey where it can be found.

61) Ulexite (Latin/German Origin), a milky white mineral, named after the German chemist who first described it.

Did you know, although diamonds are the most precious stones in the world, they are not the rarest! Choose one of these stunning gemstone names derived from the world's rarest jewels, perfect for your unique baby boys and girls.

Did You Know? Babies born in May, July and September have one of the 'big three' jewels, the most famous and precious jewels, as their birthstones. The birthstone of May is the deep green emerald, making Emerald and its variations wonderful name options. Ruby is a great choice for your little girl born in July. Sapphire or Sapphira are wonderful, elegant options for a precious little girl born in September. The delicate, deep blue tanzanite is the birthstone for December, and makes for a striking and beautiful baby girl name.

Why not give your baby a cool unisex jewel themed name?  From pretty popular picks to stunning original choices, we have every gender neutral gem inspired name you could possibly want for your baby.

73) Garnet (Latin/English Origin) meaning "pomegranate", a red jewel that looks like a pomegranate.

Did You Know? The deep red garnet is the birthstone for January, and is a bold, regal baby name for your baby. Topaz is the golden yellow birthstone of November babies, and symbolised healing to the ancient Greeks, making it a meaningful choice for any baby born in late Autumn.