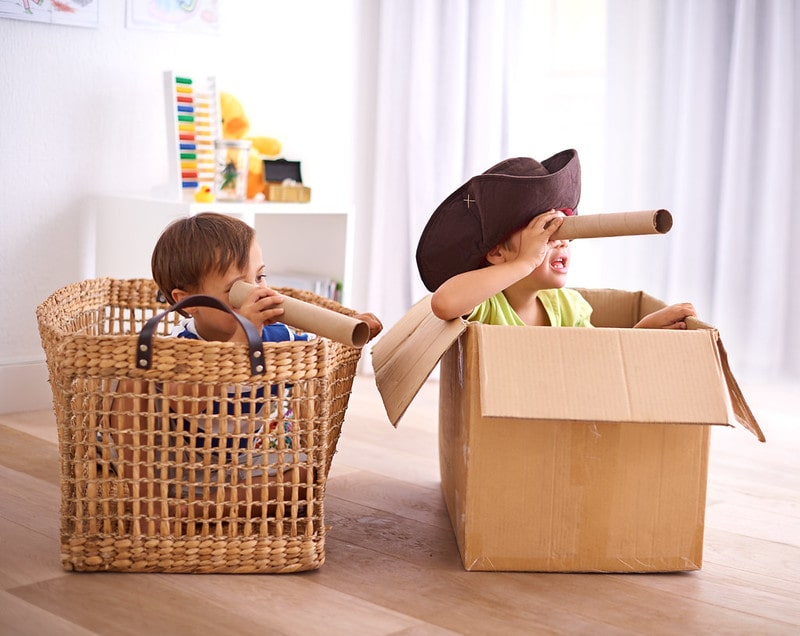 If your kids love being pirates, international Talk Like A Pirate Day is for you. On September 19 every year, thousands of people across the world talk like Blackbeard for a day! Pirates were the swashbuckling villains of the high seas hundreds of years ago. They fought with swords and attacked merchant ships to steal their precious treasure. Not everything you hear about pirates is true, but they make great movie stars!

If the kids like these funny pirate jokes, they'll love our off the scale fish jokes. Then, make sure to check out our list of weather jokes that'll make you laugh out cloud!

Looking for a great pirate pun? These pirate jokes will make you RODL (that's 'roll on the deck laughing' for all you landlubbers!)

1) What did the sea say to the pirate? Nothing, it just waved!

2) What's a pirate's favourite letter? You'd think it would be arrr, but it's actually the C!

3) Why did two pirates get into an argument? Because they couldn't see aye to aye!

4) Why are pirates called pirates? Because they arrr!

5) How much did the pirate pay for his hook and his peg? An arm and a leg!

6) What did the pirate say on his 80th birthday? Aye matey!

7) Why couldn't the pirates play cards? Because they were standing on the deck!

8) What do you call a pirate that skips school? Captain Hooky?

9) Where do pirates buy their hooks? The second hand store!

12) What did the pirate say when he left his wooden leg in the freezer? Shiver me timbers!

14) What's a pirate's favourite type of exercise? The plank!

15) Why couldn't the pirate stop binge-watching the TV series? Because he was hooked!

16) What's the difference between a pirate and a raspberry farmer? The pirate buries his treasures, but the farmer treasures his berries.

20) Why does it take forever for a pirate to learn the alphabet? Because he'll spend years at C!

21) If Apple was a pirate ship, what would their crew wear? An iPatch!

22) What's orange and sounds like a parrot? A carrot!

23) Why are maths teachers secretly pirates? Because they're always trying to find X!

24) Why is being a pirate so addictive? Because once you lose your first hand, you get hooked!

26) What do you call a pirate who steals from the rich and gives to the poor? Robin Hook!

27) Why don't pirates take a bath before they walk the plank? Because they'll just wash up on shore later!

28) How much did the pirate pay to get his ears pierced? A buck an ear!

30) What's a pirate's favourite type of fish? A swordfish!

31) Why did the pirate buy an eyepatch! Because he couldn't get an iPhone!

32) What happened to the crews when the red pirate ship fought with the blue pirate ship? They got marooned!

33) What type of haircut does a pirate get? A crew cut!

34) Why are pirates so good at singing? Because they can hit the high C's!

35) Where are American pirates from? Arrrkansas!

36) What was the pirate boxer's biggest strength? His left hook!

These hilarious pirate jokes are the best! Aye aye matey!

Turner round there's a pirate behind you!

These jokes about pirates don't cost a buck an ear to make you laugh! Have a read of some of these funny pirate jokes.

41) Two pirates, one old captain and one young rookie, are sitting in a bar. The older pirate captain has a wooden leg, a hook for a hand, and an eyepatch on one eye. The younger pirate, impressed and more than a little bit scared, asks the old pirate captain how he got his accessories.

"Well, I was out at sea on a stormy day and I fell overboard. A shark came up and bit me leg clean off." says the old pirate captain.

"Wow," says the young pirate, "and how did you lose your hand?"

"I was fighting a Navy officer, and he lopped me hand off with his sword. Still lived to tell the tale, though," the old pirate captain says with a grin.

"Amazing. What about your eye?" the young pirate asks. The old pirate captain's face turns dark.

"I was standing on the deck and a huge seagull did a poo right in me eye."

"But you don't go blind from a bit of bird poo!"

"True," says the old pirate captain, "But it was me first day with the hook."

42) A cruise ship is sailing past a desert island when they see an old man with a long beard and an eyepatch waving his arms at them and jumping up and down.

"Captain," asks a passenger, "Who is that man?"

"I have no idea," says the captain, "But he goes crazy every year when we pass him."