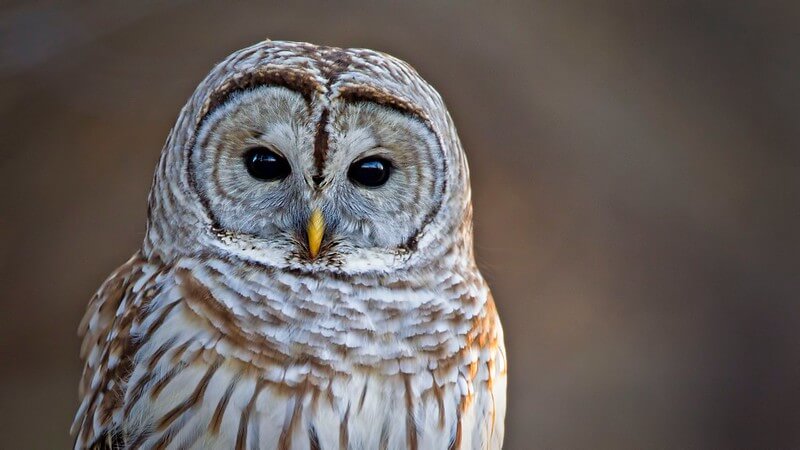 Ruffle a few feathers with our favourite owl puns, owl one-liners and owl jokes to make all your friends, feathered or otherwise, laugh.

After all, hoo doesn't love these birds? Be a wise old owl and have a free-for-owl with our favourite feathered funny jokes and puns about owls to tickle you.

Owls are fascinating creatures. There are around 200 different species but only five in Britain - the British barn owl, the tawny owl, the short-eared owl, the long-eared owl and the little owl.

Did you know that owls can turn their head by up to 270 degrees - almost as much as teachers! However, they can't see things up close, despite those huge eyes. And if one flies over you, you'll probably not hear it - they fly quietly, so they can catch their prey (small mammals, birds and insects) unaware.

You'll hoot with laughter at at least one owl pun in our collection.

3) The shop was mobbed, it was a real free-for-owl.

5) Owl of a sudden the barn owl appeared from nowhere.

6) Hoot have thought it would be this easy?

These are the best one-liners jokes about owls we could find - hopefully you won't have heard them owl-ready!

10) Have you heard about the owl party? It was a real hoot.

11) Did you hear about the birds shopping on Black Friday? It was a real free for owl.

14) This spell check is rubbish! I thought a TV programme featured a superb owl, turned out it was an American Football game.

These owls make like woodpeckers and knock knock on wood!

18) What is an owl’s dream occupation? A flight attendant.

19) Why don't owls study for tests? They'd rather wing it.

21) Why did the owl invite a bunch of his friends over? Because he didn't want to be owl by himself.

23) What is more amazing than a talking owl?  A spelling bee!

24) What do you call an owl that has a sore throat? A bird who doesn't give a hoot!

25) What do you get if you cross a cat and an owl? Meowls

27) Where is an owl's favourite honeymoon destination? It's a love nest.

28) What did the accused owl say to the judge in court? I’m talon you, it wasn’t me.

29) What do you call an owl that can do magic tricks? Hoodini.

30) Why shouldn’t you tell owls your secrets? Because they are always talon everyone.

31) Why did the owl, owl? Because the woodpecker would peck 'er!

32) What do you call a baby owl that's been swimming? A moist-owlette.

33)  How can you tell that owls are cleverer than chickens? Have you ever heard of Kentucky-fried owl?

34) What do you get if you cross an oyster and an owl? Pearls of wisdom!

35) What did the owl’s valentine card say? You're hootiful.

37) What do you call an owl with carrots in its ears? Anything  - it can't hear you!

Perfect Your Putt At These London Mini-Golf And Adventure Golf Courses
Spread A Smile Cupcakes
Shakespeare For Kids… Via Zoom
65 Best Restaurant Jokes For Kids To Keep Them Entertained
Top 70 Hilarious Moose Puns And Jokes For Kids
Can Your Kids Spot These 8 Curious Buildings From The London Eye?
Similes (KS2) Explained For Parents
46 Of The Best Bat Puns And Jokes For Your Kids
Explore Kidadl