35 Otter Jokes That Are Otter-ly Hilarious 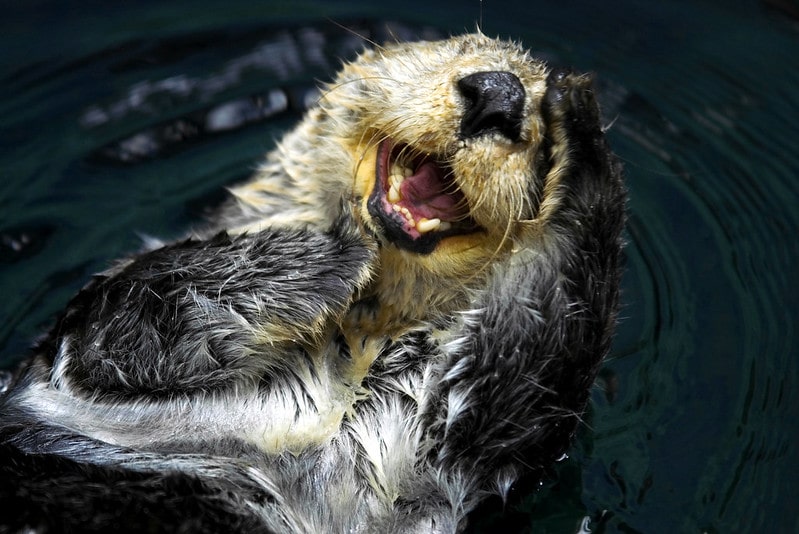 Image © Only Fabrizio under a creative commons licence.

Kidadl has been having a whole otter pun putting together reams of rip-roaringly jokes to keep you chuckling through the week.

If it's animal-themed jokes that have you laughing like a hyena, then keep reading. We think the whole family will find this laugh-out-loud list of jokes and puns a little bit different to all the otters.

Known for their playfulness and energetic behaviour, it's impossible to look at an otter without smiling.  Otter's adore enjoying themselves as much as we do; some of them make waterslides purely so that they can have fun playing on them.  What's not to love about that?

1. What is the best animal to be on a cold day?  A little otter.

2. What did the pup’s mum say when he had been naughty?  You otter be ashamed of yourself.

3.-When type of otter says"moo"?  One that is learning a new language.

4. What happened when the girl’s friend convinced her that certain aquatic mammals don't exist?  She was left in otter disbelief.

5. Why did the otter cross the road?  To get to the otter side.

6. It says on the news that some aquatic mammals escaped from the zoo the other day; it’s still otter chaos!

7. I might have been a bit bruised after I had a tussle with a sea mammal, but you should have seen the otter guy.

8. In otter news, I made a call to the zookeeper and she says that the pups are coming along swimmingly.

9. I got invited to a wedding at the zoo but I didn't take a plus one as I don’t have a significant otter.

10. I get seals and other aquatic mammals mixed up. I really otter know better.

11. Where do otters keep their money? In a riverbank.

12. What type of cars do otters drive? Otter-mobiles

13. Why did the otter join NASA?  She wanted to get to otter space.

14. What is the name of the famous book about a wizard otter?  Harry Otter.

15. Why didn't the little otter come back in time for dinner?  She wanted to continue playing as she was having an otter fun.

16. What do you call an otter who has new glasses? A see otter!

17. What do you call a sea otter that can pick up an elephant? Sir.

18. What did the walrus say to the seal after they had been dating for a few months? I think we should sea otters.

19. What do you call a sea otter with a carrot in each ear? Anything you want, she can’t hear you.

20. What do you call it when aquatic mammals steal cars? Grand theft otter.

21. What type of cars do otters most like driving? Furraris.

22. What does an otter look like after it has shaved its fur off? Odder.

23. Why did the seal cross the road to the zoo? To get to the otter slide.

24. Where do otters like to relax? In the otter tub.

25. What type of roads do German otters drive on? Otter-bahns.

26. What did the otter say when he was fed up with moving house? I’m otterly bored with all this logging around.

27. What did the grape say when the otter stood on it? Nothing, it just let out a little whine.

28. What did the weasel say to the badger? We should always be kind to otters.

29. Why did walrus marry the whale? Because she wasn’t like all the otters.

30. Why did the zookeeper let the dog into the water enclosure? Because it played well with otters.

31. What did the otter say to the judge? Put it on the log that my otterney told me to plead innocent.

32. What do otters have on their toast? Otterly butterly.

33. What did Noah say when he realised some animals were missing from the arch?  We need to wait for the otters.

34. What type of animals are best at flying planes? Otter pilots.

35. What do you say when you see a famous otter? Please can I have your ottergraph!