79 Names That Mean Queen For Your Princess 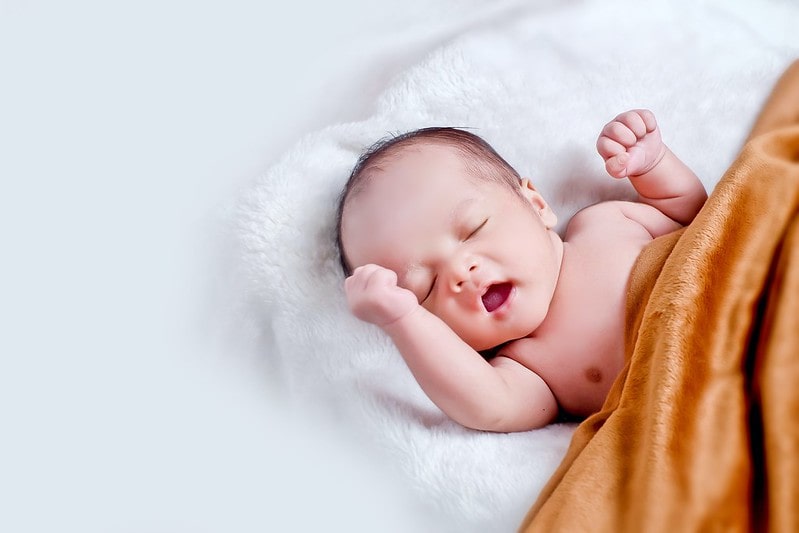 If you're looking for a name for your new baby that's fit for a royal, then we've got a list that reigns supreme. When you first meet your precious new baby, and she's every bit the princess you imagined, you need a name that can match her royal air.

For a baby girl who is destined to grow into a strong, powerful female leader, this list of classic, elegant and unique queen names is sure to give your child a fierce start. From well-known popular queen name Sarah, and all of the variations, to Juno, the Queen of the Wolves, we've found queen names to suit a whole range of different styles. Check out our exciting names that mean queen for the newest royal baby on the block.

These stunning ancient names hark back to times of old.

1.Berenice - Greek origin, after the wife of King Ptolemy 1.

2.Diona - English origin, from wife of Zeus and Greek goddess and queen.

3.Dione - Greek origin, from the mother of Aphrodite.

7.Milcah - Hebrew origin, another version of the beautiful name Malka.

8.Mira - Latin origin, a name for a peaceful baby girl, as it means admirable, peace, and female ruler.

10.Rani - Latin origin, meaning she that is like a Queen.

13.Victoria - Latin origin, meaning Goddess of Victory, the name of the British queen.

Queen Names from Around the World

If you're looking further afield than British names for your inspiration, these worldly choices are fit for royalty.

17.Federica - Italian origin, this is one of the prettiest girl names on our list, for a  Peaceful Ruler.

18.Fritzi - German origin, the perfect name for a peaceful queen or ruler.

20.Iphigenia - Greek origin, for baby girls who are of Royal Birth.

25.Rana - Arabic and Norse origin, this is one of our favourite girl names that mean queen.

28.Saowanee - Thai origin, after the Queen of Thailand.

29.Semiramis - Assyrian origin, named after the Queen of Assyria.

For quintessentially English baby girls, these classic beauties are sure to turn heads.

35.Empress - British origin, this name for a baby queen means the Female Ruler of an Empire.

36.Etta - English origin, this is one of our favourite royal baby names which means Estate Ruler.

37.Landry - English and French origin, this name is for a baby queen, born to be a ruler.

40.Quenby - English origin, this is one of the more rare girl names that mean queen. In full it means Queen's Settlement.

41.Royalty - English origin, which quite rightly means someone of royal blood.

If you're looking for a royal name from the British Isles, these are strong, British names perfect for the ruling class.

43.Meredith - Welsh origin, this is one of the classic British girl names that mean Great Ruler, perfect for a strong queen.

46.Riona - Irish origin, this is one of the most stunning girl names that mean queen we came across.

France is a country known for its beauty, and these captivating names definitely don't disappoint.

47.Maelie - French origin,  one of the sweetest names meaning princess.

49.Maelys - French origin, this is the feminine form of the name Mael, meaning prince.

51.Reine - French origin, this is one of the most regal names which mean queen.

53.Royal - French origin, you can't get more royal than a name that means royal!

Short, cute and punchy princess names that are rooted in tradition.

55.Kala - Hawaiian origin, this is our favourite of the baby names that mean princess. It also means Virtue.

56.Orla - Irish origin, this name is perfect for a blonde baby girl, as it means Golden Princess.

58.Sadie - Hebrew origin, this is one of the most adorable names that mean princess.

61.Salla - Finnish origin, a version of the English Sally, which means princess.

63.Sarai - Hebrew origin, one of our favourite names that mean princess.

64.Sera - Hebrew origin, similar to the popular name, Sarah, and other names that mean princess.

65.Shari - Hungarian origin, another of the sweet and short girls names which mean princess.

If you don't get bogged down with gender conventions, these sweet royal names are perfect quirky choices for baby girls.

70.Armel - Welsh origin, from, the word for Bear Prince.

73.Khari - West African origin, this adorable unisex name is one of the baby names that mean king.

74.Reagan - Irish origin, this is one of the cutest royal baby names, and means Little King.

75.Rian - Irish origin, this is one of our favourite names, and also means Little King.

76.Rey - Spanish origin, this is one of the sweetest unisex baby names, and means King.

77.Rex - Latin origin, this cute unisex name is quite unique for girls, and means King.

79.Ryan - Irish origin, this is another of the classic boys' names becoming popular for girls, which means Little King.