My Visit To The De Havilland Aircraft Museum 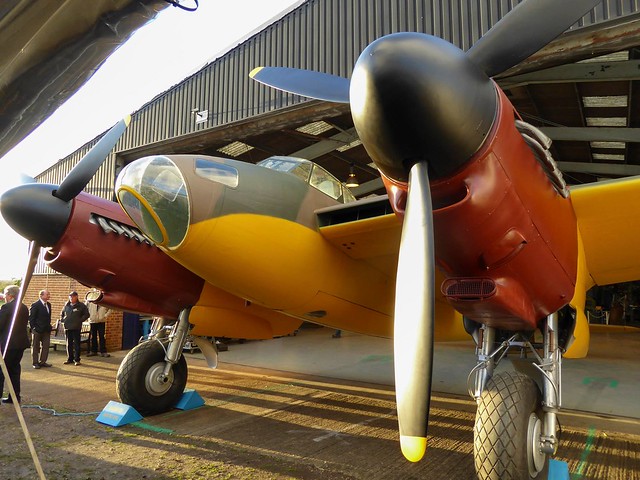 Get 50% off all tickets to the De Havilland Museum and fly on over for as little as £4.50! If you’ve been to the RAF Museum in Colindale more times than you can remember (as good as it is) then the De Havilland Aircraft Museum in Potters Bar (hint: it’s much easier if you can drive there!) is a brilliant alternative for transport-mad kids! And what better way to go and check it out than with Kidadl's 50% off deal on all tickets?

Having never heard of the De Havilland Museum before, I was intrigued to see how it would compare to the RAF Museum - a firm favourite of both my sons (aged five and seven). When I saw that Kidadl were offering an incredible 50% off all tickets, I decided to give it a go and I'm pleased to say that I wasn’t disappointed - it’s a real hidden gem.

We decided to drive to the museum as there is limited public transport available where the museum is located. There was plenty of free parking available at the venue so you don’t have to worry about finding somewhere to park. We visited the museum during half-term but I was pleased to discover that it actually wasn’t heaving - perhaps a testament to its secrecy.

On first impressions, the museum appeared small but undoubtedly mighty. Before my youngest son had even stepped out of the car, he spotted three aeroplanes that you could actually climb into - and we’re off! But as everyone knows the best place to start is at the beginning, so we made our way into the main building first of all. Greeted by engine parts, full blown aircrafts, pilot uniforms and more, my two boys were stunned.

On arrival, I had booked to do the Easter Eggstravaganza Trail so that’s where we were headed first. We were given a pencil and a sheet on a clipboard filled with five activities to complete and tick off, and some clues about what was in store for us. We explored the museum in search of both letters and numbers dotted around the museum that would ultimately make up an anagram of an aircraft - impressive, I know! And of course, no Easter egg hunt is complete without chocolate, so on returning the completed activity sheet we were gifted a bag of chocolate eggs - yum! I know that this particular trail was Easter specific but we’ve been back since and there’s always something fun and family-friendly going on to get involved with. We’ve even taken part in a paper glider throwing competition which was great fun!

After the Easter egg trail we made our way around the rest of the incredible museum, soaking up every aspect of the De Havilland heritage. From getting suited and booted in full pilot gear to hopping in the pilot’s seat and having a go at pushing some of the buttons and steering, the De Havilland museum provided endless entertainment. Not to mention it was educational as well! The staff at De Havilland are all volunteers and were more than happy to let my two sons pick their brains for all things transport! They really do go the extra mile to make your trip to De Havilland special and unique and their knowledge is extraordinary.

Also on site is a workshop where museum volunteers are in the process of restoring old aircraft parts. My kids absolutely loved that they could peer through the windows and see them working away - a real insight into the world of engineering and aircraft repair. There’s also an outdoor section where there are multiple aircrafts that you can actually sit in. Forget trying to crawl under the ropes to get a peek at the flight deck - you can have a go at pulling some levers and pressing the buttons yourself! This space is also perfect for those who have younger kids because there’s plenty of space to run around and let loose in the fresh air.

The De Havilland Aircraft Museum is perfect for mini pilots over the age of two, grandparents and anyone who’s looking for an aviation museum with a difference!

Look At The View! How To Take Your Family To New Heights This Summer
Bucolic Bliss: How To Do A Family Holiday In The Countryside
Kew’s Children’s Garden Has Reopened
British Museum Announces August Reopening
Get Lost In London's Best Woods
Audley End Reopens: Great Family Day Out Near London
Peppa Pig: We Have A Few Questions
50 Fun Books For Early Years Kids (Aged 3-4)
Explore Kidadl