Where Is Peter Rabbit? I Found Him On The West End! 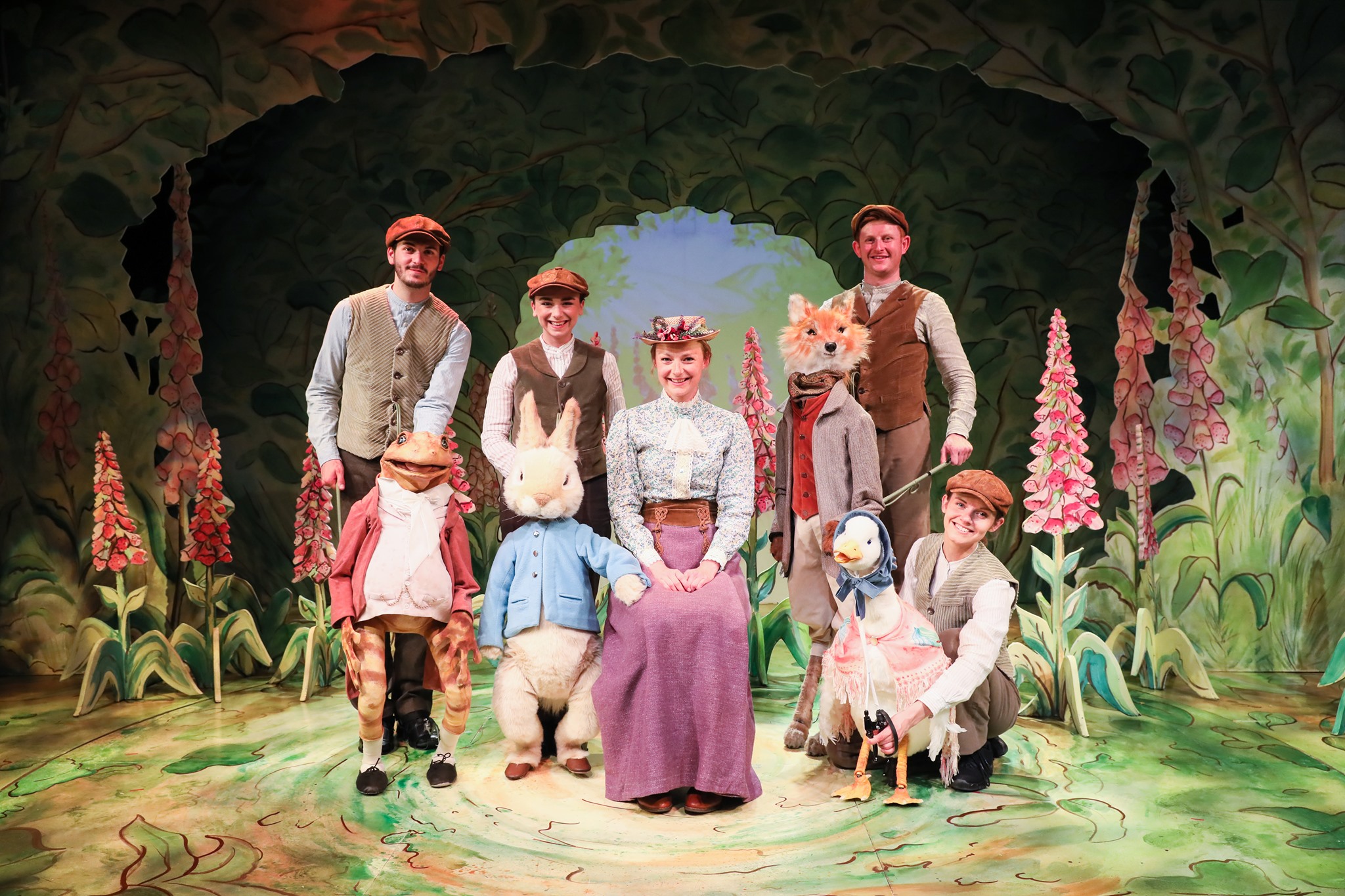 Where is Peter Rabbit? He was on his way to the Haymarket Theatre in London last time I checked. Alas, he’s nowhere to be found. We must go and find him - and when I say ‘we’, I mean my five-year-old cousin and I (duh).

After hearing that Beatrix Potter’s acclaimed tales of Peter Rabbit were being transformed into a 60-minute theatrical spectacle, complete with hand-crafted puppets and enchanting songs inspired by the books, I hopped straight on the Kidadl app and booked two tickets to a matinee performance of Where is Peter Rabbit? faster than Mr McGregor could notice his missing radishes. As you can imagine, it took no convincing my five-year-old cousin to come along with me. He was completely enthralled by the prospect of seeing his favourite bunny and friends up on stage. And having gone to sleep to the sound of Beatrix Potter’s cheeky rabbit for almost my entire childhood, I was pretty excited too. The booking process on Kidadl was so simple, all I had to do was select a performance and rock up ready to begin the search for the world’s most famous rabbit (no biggie).

We leaped, hopped and jumped our way to the Haymarket Theatre, excitedly spewing our guesses as to Peter Rabbit’s whereabouts at one another - his considerably better than mine. Upon arrival, we were greeted by friendly ushers and bunnies. Well, not real bunnies; instead, hundreds of young children donning their best pair of bunny ears in all sorts of colours, shapes and sizes - I began to wish I had brought a pair. After admiring the merchandise stall for a good ten minutes, eyeing up irresistibly cute plush bunnies and intricately designed badges and Potter memorabilia, we made our way down the rabbit hole and into the stalls.

We were greeted by a unique, colourful set, subtly resembling that of a child’s storybook; it looked as though someone had delicately sketched the leaves and gently painted the flowers on - it was magical. We took our seats and made our way through the ocean of children, all clutching their plush puddle ducks and rabbits, moving to the sprightly sounds of the music. We picked up a booster seat that was readily available at the side of the theatre and then got comfy. At only an hour long, Where is Peter Rabbit? is the perfect length for anyone over the age of three.

Silence soon permeated the theatre as Beatrix Potter made her way onto the stage, flustered, caught up in a huge gust of nasty wind. A collection of drawings are being blown about in every direction, slowly flailing to the floor and escaping the hands of the artist - Miss Potter. She picks them up individually, breathing sighs of relief as she introduces us to her characters one at a time. We meet Jemima Puddle Duck, Mrs Tiggy Winkle, Mr Jeremy Fisher, Mr Tod but no Peter. And so it begins, our search for Peter Rabbit - I say ‘our’ because the conscious effort made by the performers on stage to engage and interact with the audience is second to none - and the entire auditorium is kept under Potter’s spell.

It’s worth mentioning now that if you’re looking for a show that’s oozing Peter Rabbit, this probably isn’t the show for you. Some might come away asking themselves where Peter Rabbit actually was during the course of the show. He appears in small, irresistibly cute doses, popping up from behind watercolour trees and peeking his head out from the wings. But despite not appearing often, he is still the central focus of the show; the moment he does secretly nibble at Mr McGregor’s veggies or prance around the back of the stage only to be seen by the audience, it’s ten times more exciting. Squeals, giggles and excited chatter can be heard as his mischievous face appears from nowhere.

We follow Miss Potter and friends, meeting other friendly and not-so-friendly faces along the way, learning about each of the characters’ history, reminiscent of Potter’s tales from my childhood. And after a whole host of stories and radishes, Peter is eventually found and we can all breathe a sigh of relief - phew. So, the clan's back together and the show draws to a close; we tap our toes to the music and practically hop, skip and jump out of the auditorium with happiness.

Only showing for a little longer this summer, I urge you to hop on down to the Haymarket Theatre and catch Where is Peter Rabbit? before the end of its run. Bursting at the seams with life and colour, for mini bunnies over the age of three, it's the perfect way to end the summer holidays on a high! Peter and his pals won't disappoint, I bet a carrot on it.