Mountains (KS2): Everything You Need To Know 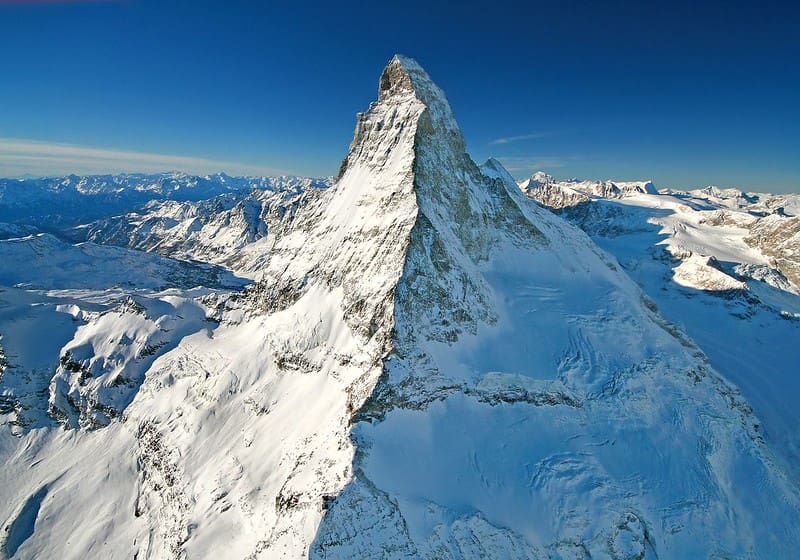 We've all seen pictures of beautiful mountain landscapes towering above the surrounding land, but what exactly are these lush landscaped or barren snow-covered peaks?

And how does a smaller winter ski paradise, to the imposing might of K2 or Mount Kilimanjaro come to be? In Years 5 and 6 students will start to learn about mountains and volcanoes in their geography lessons.

This will include studying their structure, the mountain environment, and looking at some of the world's most famous mountains, from Ben Nevis in the UK to the Blue Ridge Mountains in the United States.

Mountains are made from rocks and earth, and are, for the most part, steeper, and higher than hills.  Any land mass over 1900ft high is generally called a mountain, and most start and rise above sea level. Hawaii in the pacific ocean is on top of a volcanic mountain, half of which is under the sea. Let's delve deeper into this rocky world and find out more.

How Are Mountains Formed?

Mountains are formed over millions of years either by volcanic activity or the movement and collision of tectonic plates, which are moving pieces of solid rock on the outer layer of the earth. When these tectonic plates come in to contact with each other they can push the ground up and gradually form a mountain. Mountain ranges are often formed in this way, such as The Pennines in North West England.

Mountains that stand tall on their own are often the result of ancient volcanoes erupting. When their molten rock (liquified by the extreme heat) broke the surface and turned into lava, that cooling lava turned solid and formed a new crust or layer of rock, gradually pushing upwards to form a mountain.

As your child delves further into how mountains are formed, they will learn about the five different types of mountains; fold, fault block, dome, volcanic and plateau, and how volcanic or tectonic plate activity forms them in different ways. Dome mountains, for example, are formed when a large amount of melted rock is pushed up to the earth's crust but doesn't erupt onto the surface.

The Highest Mountains In The UK And The World

Climbing a mountain and reaching the summit is like being on top of the world, but just how high would you be if you were one of the brave explorers that reach the top of some of our highest peaks?

The highest mountain in the UK is Ben Nevis, found close to the town of Fort William in Scotland, with its misty peaks standing 4,413ft above sea level. 125,000 experienced walkers take the much-trodden paths up the mountain each year, before exploring the rest of the Grampian mountain range.

Head into Europe and you will find the Russian permanently snow-covered peaks of Mount Elbrus, standing at 18,510ft to take Europe's highest mountain crown, and then towering above them all is the world's most famous peak. Standing at 29,000ft, as the highest mountain above sea level in the world, Mount Everest's rocky inclines, and general mountain environment can be a very challenging one, which few have conquered. Sir Edmund Hillary and British mountaineer Sir Chris Bonington are two climbers who succeeded.

Did you know that half of the world's population drinks water that originated from the depths of a mountain? Why not pour a glass and delve into these fascinating facts.

1) Most mountains exist above ground, but some grow from the sea bed, and whatever you can see above sea level is just the tip. Hawaii in the Pacific ocean is an example of a mountain formed this way.

4) The plant and animal life that can survive on a mountain changes the higher you go. You often find lush forest at the foot of a mountain, but when it gets too cold for trees to grow it's known as a timberline.

5) Animals are experts at adapting to harsh mountain conditions. Grizzly bears hide in dens away from the Winter cold, while mountain goats have tough hoofs that help them climb up and down the mountain, and search for warmth and food in the Winter.

Scour the heights of these fun activities to help engage your children with the topic of mountains in KS2.