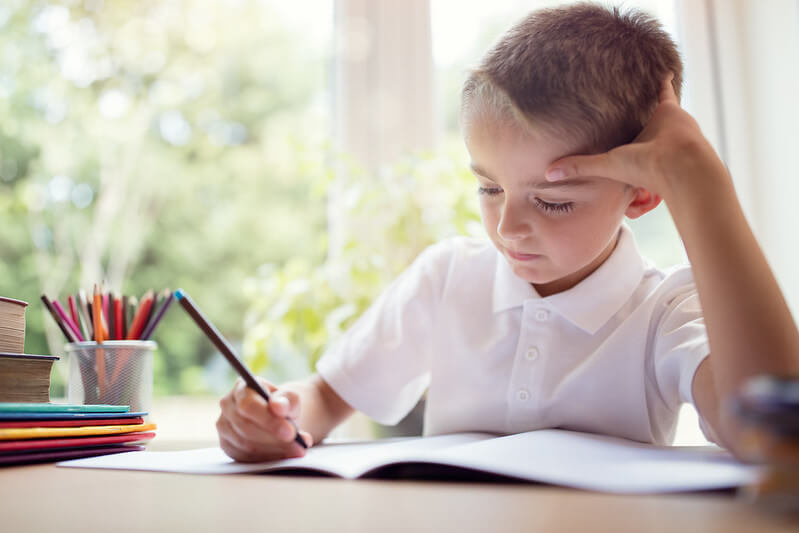 Kids in KS2 study World War 2 as part of their history work, and learning how their grandparents, great grandparents and great-great-grandparents lived during the late '30s and '40s can be fascinating.

Just like the COVID-19 lockdown, they were unusual times, and children had to get used to a different way of life. They all had to carry gas masks and be ready to run to a shelter if there was an air raid (German planes dropping bombs). Public shelters might be a brick blockhouse on a street corner or a trench dug in the local park!

There were two different kinds of air raid shelters to set up at home. The first was called the Anderson shelter,  followed by the Morrison table shelter. Read our simple guide to learn more facts about Morrison shelters, and how they differed from Anderson shelters.

During the war, there were public air raid shelters. In London, the underground stations were often used by Londoners to protect themselves from air raids. In fact, there was a ban on using them, but many Londoners defied this, and as a result, some stations began closing at night. Others, such as Aldwych, became official air-raid shelters. During 1940,  Britain was bombed nightly by the Luftwaffe for over a month. This was called the Blitz.

However, not everyone had an air raid shelter they could easily run to. Before the war started, the Prime Minister,  Neville Chamberlain put a man called Sir John Anderson in charge of Air Raid Precautions (ARP).

Sir John asked an engineer called Wiliam Patterson to design a shelter that could be installed in people's gardens. The shelter had to be small, cheap and easy to set up.

The Anderson shelters were buried four feet deep into the ground and then had more earth piled on top. Some people grew vegetables on top of their shelter! Protecting the entrance was a blast wall made of earth and a steel shield.

Within a couple of months, almost one and a half million shelters were sent out to people who were at risk of being bombed by the Luftwaffe (German air force) planes. In total, nearly 3 million were distributed during the war.

These shelters were damp and dark, they could get flooded and many people were not keen to use them at night.

You'll have spotted that one of the real problems of the Anderson shelters was that you needed a garden!

A 1940 census revealed that in London not even half of the people were using an Anderson shelter, public air raid shelter or underground stations.

The Home Secretary now in charge of air raid precautions was called Herbert Morrison. A member of his team, Ellen Wilkinson, was put in charge of air-raid shelters, and she introduced the Morrison Shelter in March of 1941 to offer home security during air raids.

This shelter had the advantage of being an indoor shelter. The Morrison shelter was constructed from heavy steel, and people could use them as a table. The shelter looked like a big cage with wire mesh sides. One of the wire sides could be lifted up so you could crawl inside. It was possible for two or three people to lie down and sleep there. Around half a million Morrison Shelters were distributed during the war.

The Morrison shelter would not survive a direct hit from a bomb but was capable of protecting its occupants from a bomb blast.

The Morrison shelters arrived flat-packed and had to be put together by the family - a bit like buying something from Ikea! But they weren't quite so simple, as they consisted of 300 different pieces and the instructions were quite complicated.

Get your kids thinking in-depth about the subject with the following questions:

What food might have been kept in the Anderson shelter?

How could you have made the Morrison shelter more comfortable?

If you had to have a Morrison Shelter in your house where would it go?

Measure the space of both shelters and see how many people you can fit in!