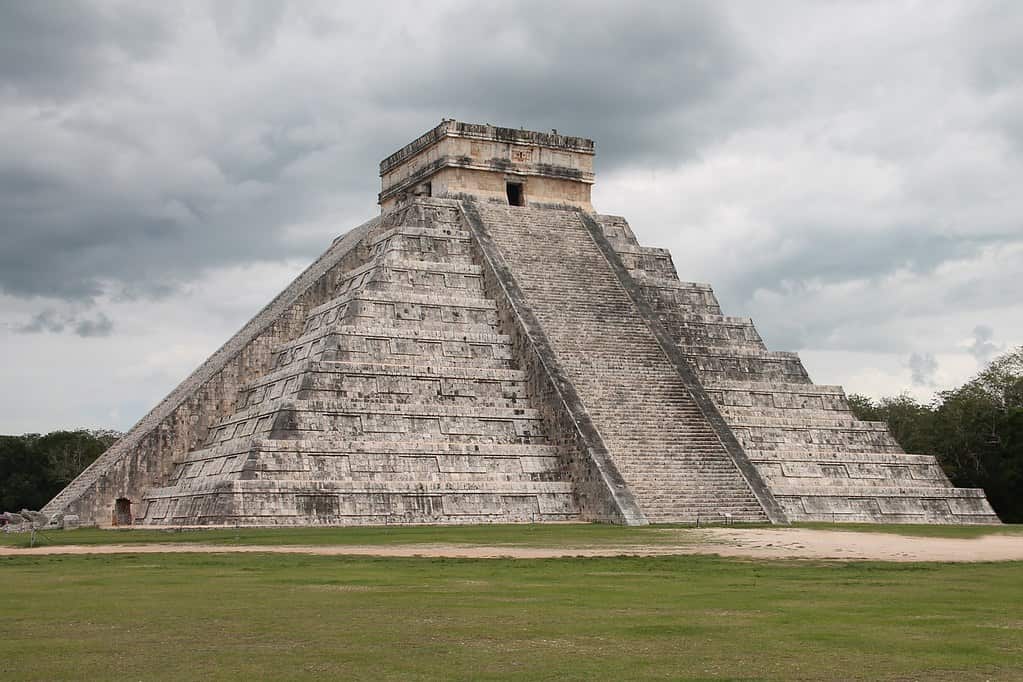 In the KS2 history curriculum, your child may be taught about the Maya civilisation.

As part of their primary school education,  this part of their history lessons seeks to teach children about early non-European societies in comparison to British society at the time (c. 900 AD). These other societies also include Benin in Western Africa and early Islamic civilisations.

Not too sure where to start? Well, we'll cover everything related to the Maya that your child in KS2 may need to know, from who and when they lived to their society, culture and advancements made by the Ancient Maya. So what are you waiting for? Read on to discover more about the fascinating history of the Maya.

Who Were The Maya?

The Maya were a group of people who lived in a place which is known as 'Mesoamerica'. Not too familiar with the term? This area covers what we know now as Mexico and across parts of today's Central America.

Maya civilisation itself dates back to as early as 3000-4000 years ago, with the first Maya cities established as early as 750 BC. The Maya people all shared elements of the same culture and ways of life, but this differed depending on where they lived and who ruled over them.

Maya society gradually became organised into city states, in which each city had its own king who was at the top of the social hierarchy. The king was considered to be the most important person as the divine ruler.

Moving down the hierarchy, next were the noblemen and religious priests who held vast influence. People who worked in the palace were on the following tier, closely followed by craftsmen,  then farmers, labourers and right at the bottom, slaves who had the hardest lives.

Religion played an important part of life for the Maya.

In the Classic Maya period, the common belief was that the universe consisted of the Underworld, the Earth (which can be further divided into four sections) and the Sky. These were linked by the World Tree. The Underworld is where the Maya believed the souls of all people travelled to and was also the home of the gods.

The Maya believed in the existence of many different gods and celestial beings. These gods could transform or exist in different forms at the same time.

There are a wide variety of gods which have been recorded from archaeological and material evidence. Some examples include Itsamna, the Supreme Creator, Chac, the Rainmaker God and Colel Cab, the Goddess of Bees.

Mayan kings were also thought to be the representative of gods on earth and would become gods themselves in the afterlife. It is also believed that the Maya completed bloodletting rituals and human sacrifice in an attempt to appease the gods.

The Maya were not only very religious but used art to convey their beliefs. Using everything from jade to bone, the Maya crafted pottery, made masks and even drew portraits.

They also had a complex and sophisticated writing system which used symbols known as glyphs- does this term sound familiar? Carving written words on stone, and even creating their own books known as codices made of tree bark, the Maya were able to write and record their stories. Existing codices that have been found look at topics such as the Maya calendar and rituals.

The diet of the Maya consisted of simple foods which could be grown in the local climate.

Vegetables and fruits were a large part of their diet. The four main staple vegetables they would have eaten are maize, beans, squash and chillies. Maize (also known as corn) was used by the Maya in lots of ways, from tortillas to cakes.

Hunting and fishing were also common activities. From domesticated animals like turkeys to larger deer and fresh fish of all sizes, meat and fish also were a great part of their diets.

Cocoa beans also played a part in the drinking habits of the Maya. Cocoa beans were transformed into delicious drinking chocolate, an older version of the hot chocolate we drink today!

The Maya lived in cities built in the depths of the rainforests of Central America. Each city was built with similar patterns and elements, though these could differ because of changing culture over time and other cultural influences.

Famous cities such as Tikal (known more commonly as Yax Mutal by the Maya) were built as early as 1000 BC and cities such as Chichén Itzá, were built as late as 600 AD. Cities were built with a centre, surrounded by groups of buildings. The Maya also had settlements further away from the city, typically where they would farm crops.

Above is an image of Tikal.

Some common elements of cities were:

Temples - A stone building, usually stepped pyramids- like the 365 stepped pyramid of Chichén Itzá. Temples were an important place of worship and would be used to hold rituals and ceremonies.

Palace complexes -  This is where the royal family lived. Large buildings made of stone with multiple levels, these would have been built along with courtyards, defences etc. Wooden constructions would also have been built on top.

Ball courts - An area the Maya built where they played an ancient ball game called ulama. For the Maya, playing the game a lot signified better days to come.

A traditional Naah - A house which had a wooden structure, a  roof made of palm leaves, and walls covered with daub with a lime whitewash. It would have been made using flint and granite tools. Outside, there would also have been an area to keep animals. Inside, the house would have had no windows or chimney but would have featured a cooking area, and wooden mats for beds.

What Happened To The Maya?

Around 700-800 AD, many of the ancient Maya cities such as Tikal were abandoned. It remains one of the greatest mysteries to this very day why this happened exactly, with many theories from epidemics to droughts and famine. However, this did not mean Maya civilisation ended.

As we know, the Maya built more modern cities such as Chichén Itzá, and actually moved further north in terms of their settlements.

Over time, these cities and settlements flourished and continued to do so until the early 18th century. This is when the Spanish Conquest happened and resulted in the destruction of many cities and elements of Maya life.

Contrary to popular belief, the Maya did not disappear. In fact, there are thousands of Maya who live in Central America today, keeping elements of their ancestral traditions and beliefs alive!

These extra Mayan facts for kids are sure to make their history lessons that bit more exciting!

Well, that's all there is to it! We hope you've found the history of Maya civilisation interesting. Have fun travelling back in time (maybe to different parts of Mesoamerica) and enjoy exploring all the amazing stories the past has to offer!