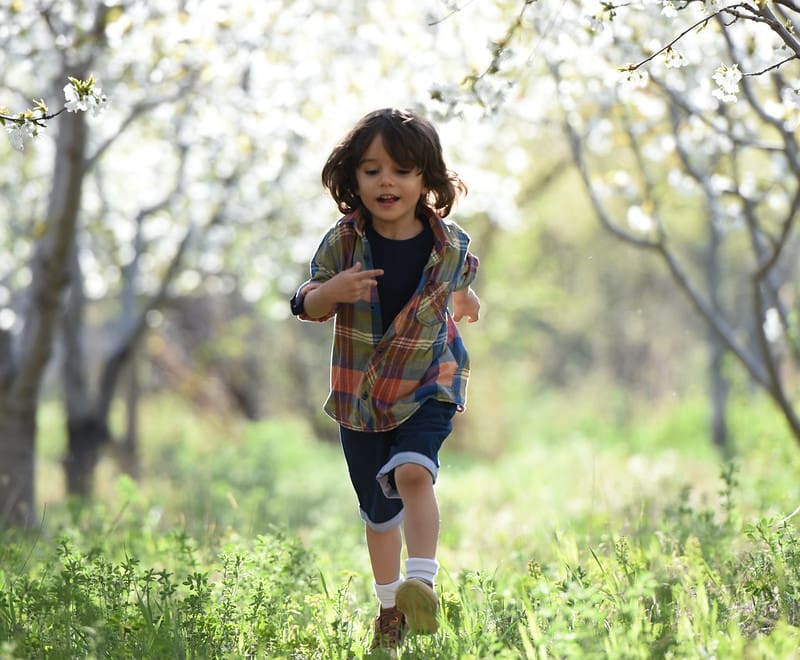 What would you say if we asked you whether mushrooms were more closely related to plants, vegetables or humans?

Surprisingly the answer is humans, which is about as jaw-dropping as mushroom facts come. But how much do you really know about these little 'fun-guys' that are used as food in all manner of dishes from stir-fries and risottos to pasta?

Probably not a lot, which is what we realised when we compiled this list of facts about the popular ingredient. Ever used the term 'mushroomed' to describe how quickly something shoots up? It's all to do with how mushrooms grow. Although mushrooms are cultivated year-round, wild mushrooms are more commonly found in the autumn and they seemingly spring up overnight as they grow so quickly.

So if there's 'mush-room' for improvement in your mushroom knowledge, read on for some mushroom facts.

Note: With their newfound enthusiasm for mushrooms, make sure your kids understand the dangers of eating any wild mushrooms they come across whilst exploring.

There are over 50,000 different species of mushrooms. You may recognise the names of some of them in these facts:

1.The creators of Super Mario Bros obviously knew their mushrooms. The ones featured in the game look just like Fly Agaric mushrooms which contain psychoactive chemicals in the skin. These can cause you to think objects around you are larger or smaller than they actually are. Those who've played the game know the mushrooms collected make you grow.

2.The mushroom species called The Chicken of the Woods must get an award for the tastiest mushroom. When cooked properly it is said to taste just like fried chicken.

3.The largest fungi in the world is called the Honey Fungus and is found in eastern Oregon. You certainly won't miss it – it measures a massive 3.5 miles wide! The first spores (which is what mushrooms grow from instead of seeds) are thought to have spread some 2,400 years ago.

4.The most popular mushrooms are white mushrooms, portabello mushrooms and button mushrooms. They're the same species but harvested at different times in their growth cycle and so called different names.

Mushrooms are used in a variety of dishes across the globe and they're packed with super nutrients.

5.Mushrooms contain a pro-vitamin known as ergosterol which is converted to vitamin D when exposed to the sun. It's another similarity with humans as our skin can make the same vitamin in the same way.

6.Mushrooms have long been considered to have many health benefits including offering protection against breast and prostate cancer and diabetes. They're also thought to reduce high cholesterol levels, boost weight loss and bolster the immune system.

7.Mushrooms contain a fifth primary taste; umami. Many foods fall into salt/sweet/bitter/sour, but mushrooms have a meat-like flavour characterised by umami.

8 Mushrooms are made up of 90 per cent water.

Mushrooms truly have some amazing qualities that make them so fascinating. Here are a few facts we dug up.

9.Before our world was covered in trees it was actually blanketed by giant mushrooms. These species towered 7.3 metres high and up to 0.9 meters wide. Scientists found ancient fossils of these gigantic structures and were able to determine that they were fungi.

10.Scientists have discovered that mushroom crops more than double in size if they're exposed to lightning.

12.In the wild, fairy rings occur when a group of mushrooms grow in a circular formation.

13.Mushrooms are also pretty clever. They can create an air flow around themselves which helps to spread their spores for future mushroom growth.

14.Have you always wondered what you get when you cross meadow mushrooms with salt water? A beautiful yellow/green dye! Mushrooms can be combined with other ingredients to create just about any colour in the rainbow. Lobster mushrooms and ammonia give a striking lobster pink. Mushrooms were often used for their dyes before the invention of modern synthetic varieties.

Love them or hate them it's not all been plain sailing for the humble mushroom.

15.The world's most expensive mushroom is the rare European white truffle which is found in the Piedmont, Marche and Tuscany regions of Italy. If you want to purchase it you would need to fork out more than 2,200 euros for each pound you buy.

16.In Ancient Egypt mushrooms were considered to be exclusively for royalty, so revered was this food. So bad luck if you happened to be a mushroom fan. Hieroglyphics from over 4,600 years ago show that Ancient Egyptians believed mushrooms gave them immortality.

Mushrooms also have a reputation for being the baddies of the natural world.

17.We all know how important it is not to eat wild mushrooms unless you've first confidently identified them. Here's why: mushrooms are approximately 50 per cent inedible but harmless, 20 per cent can make you sick and one per cent of mushrooms may kill you. Just four per cent are considered to be edible and tasty and a further 20 per cent are edible but fairly flavourless.

18.One of the deadliest mushrooms is the Death cap mushroom. These contain amatoxin which is fatal when ingested. But it's not the only poisonous species. 'Mushrooming' or collecting mushrooms is dangerous if you don't know what you're doing, as many species that are perfectly safe look like other deadlier varieties.

There's nothing like a good old mushroom fact to make your jaw drop. Here are a few facts you may not yet know.

19.Mushrooms are a living thing, but they're not a plant or vegetable as many many refer to them and are not closely related to them. They're actually a fungi and – wait for it – are more closely related to humans than they are to plants. Just like us fungi breathe in oxygen and breathe out carbon dioxide, the opposite of what plants do.

20.In fact, if you want to get really technical, mushrooms are the reproductive structure of some types of fungi, rather than the fungi itself.

22.Amazingly there are over 75 species of mushrooms which actually glow in the dark! The phenomenon is caused by a chemical reaction known as bioluminescence.