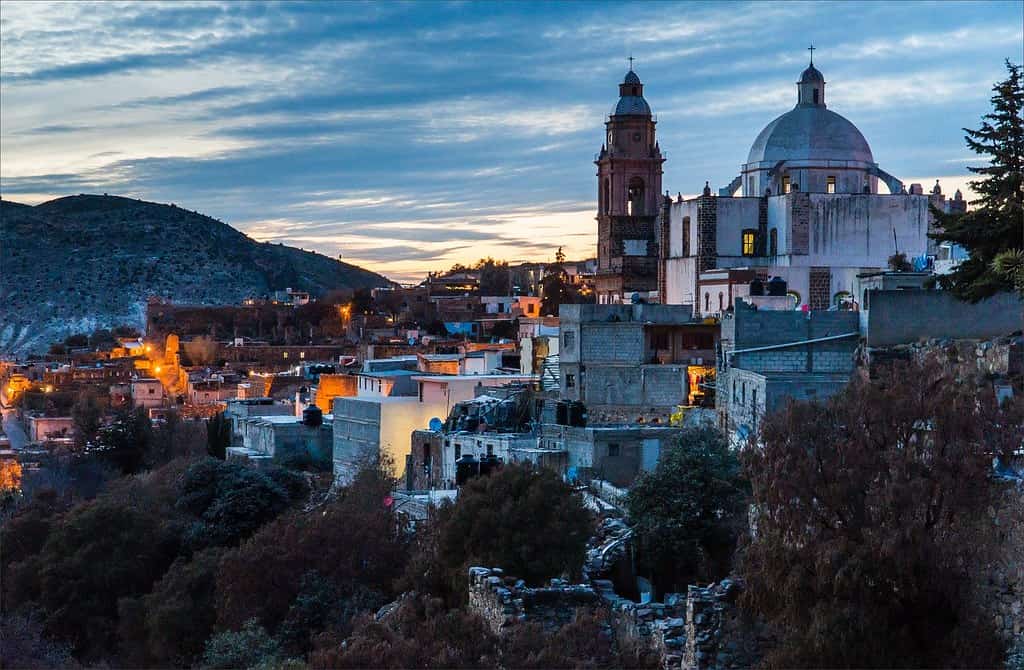 Mexico City is vibrant and diverse, now becoming a cultural centre for Central and Latin America.

The capital city of Mexico has a rich history dating back to the Aztec Empire and then subsequently because of the Spanish Conquest. There are plenty of interesting and magnificent facts about Mexico City that you may not know.

We've compiled facts about Mexico city in areas of geography, history, culture, and more. And, if you want to learn more about Central America, check out these facts about Costa Rica here!

Mexico City has an interesting geography as it is the largest city in Mexico, and the most populated in the whole of Latin America. It's a melting pot of different cultures, trends, and people, as these facts will show.

1. Mexico City is home to the largest wildcat in North America, which is the jaguar. They can be found in Mexico’s southern jungles and in Mayan ruins sometimes too.

2. Mexico City also has the worlds smallest volcano, called Cuexcomate, which is only 43 feet tall.

3. The Chapultepec Forest is twice as big as Central Park in New York. It's over 686 hectares! This is around two times bigger than Central Park.

4. The central square in Mexico City, known as Zocalo or Plaza de la Constitución, is one of the largest town squares in the world. It's a giant 57,600 square meters. This is culturally significant because it dates back to the Aztec times when it was a ceremonial hub.

5. Because of its size and space, large amounts of people gather in the central square, which can sometimes be for rituals and ceremonies, social gatherings, or political protests.

6. Mexico City is the fifth richest city in the world, contributing 17% of Mexico's income.

7. Mountains surround Mexico City. There is one called the Smoking Mountain which burps up smoke and lava every now and then!

9. It is estimated that the city sinks around one metre every year.

Mexico City is one of the oldest cities in Latin America and was a central Aztec capital with an interesting and rich history. Check out these facts about the history of Mexico City:

10. Mexico City began as an Aztec settlement, a hub of Aztec culture and history.

11. The Aztec name for Mexico City is Tenochtitlán.

12. Mexico city was cleverly designed with small roads that raised above water to connect the mainland and allow canoes to pass through. These bridges were easily dismantled in case anyone tried to attack the city, blocking off the entry points.

14. Mexico City was rebuilt to become the city we know. This happened in the 1520s, after Hernán Cortés destroyed the Aztec city of Tenochtitlan. The Spanish kept the layout of the city the same but built over the Aztec temples with Catholic Churches and took over the Imperial Palace. That's why Spanish is the main language in Mexico.

15. Chapultepec Castle in Mexico City is the only castle where royalty lives in North America. It was even used as the place where Romeo and Juliet (1996) was filmed and people have reported seeing ghosts in the castle!

16. There are eight important archaeological sites in Mexico City:

Teotihuacán, this is where the Pyramids of the Sun and the Moon and the central Avenue of the Dead are and is one of the most frequented archaeological sites.

Tula is a principal archaeological site, where the Toltec ruins are.

Templo Mayor is dedicated to the God of Rain and God of War, right next to the Catedral Metropolitana.

Tepozteco is situated on top of a mountain of ruins.

Cuicuilco has a five-level pyramid at this site.

Malinalco is a site of ruins that resembles a small town.

Xochicalco means house of flowers in Nahuatl and has important artefacts.

Cholula is home to the ruins of one of the world's largest pyramids, not in terms of height but volume.

Mexico City has a rich and vibrant culture, with plenty of museums, parks, archaeological sites and ceremonies. The city is home to many wealthy people and is filled with artists and other creative people. It's becoming an important city, with nearly 9 million people calling it home, so let's check out these fascinating facts about its culture.

17. Mexico City has been home to many famous artists, such Frida Kahlo who painted many self-portraits and is considered a notable feminist figure. La Casa Azul is Frida Kahlo's famous house, and is now one of Mexico City's most popular museums.

18. Speaking of museums, there are actually more than 150 in Mexico City alone! Mexico City has the largest number of museums in Latin America, and second largest in the world.

Mexico City is well known for lots of things, like breaking world records, and its wonderful food, culture and hospitality. Check out what Mexico City is best known for below:

19. Mexico City has the highest population of taxis in the world!

20. Mexico City is home to lots of the 'largest', and 'biggest' titles, often breaking world records. For example, did you know that it has the largest ice rink in the world?

21. Over 3 million people use the metro in Mexico City each day. Because it has such a large population, this is no surprise!

24. The Guadalupe Basilica in Mexico is the second most visited Catholic sanctuary after the Vatican City.

25. Mexico City is one of the top ten cities for sustainable policy in the world, aimed at reducing air pollution. Mexico City ensures every day that it takes measures to reduce its air pollution. They use private vehicles, enhance reforestation and promote green education in order to do this.

26. Because of how high up Mexico City is, it's not as hot as you might think. The coldest temperatures can get to around 6 degrees celsius, and hottest around 29 degrees celsius.

27. You can climb nearby dormant volcanoes, as hiking is really popular in Mexico. The volcano known as Iztaccíhuatl (which means “white woman” in Nahuatl) has three snow-covered summits and is often called the Sleeping Woman.

28. The city is located at an altitude of 2,250 m. The elevation of Mexico City is one of the most interesting features of the city for geographers to study!

29. The word 'Mexico' is actually a Nahuatl word, and it means the 'bellybutton of the moon'. Nahuatl are the native people to Mexico in the Aztec Empire.