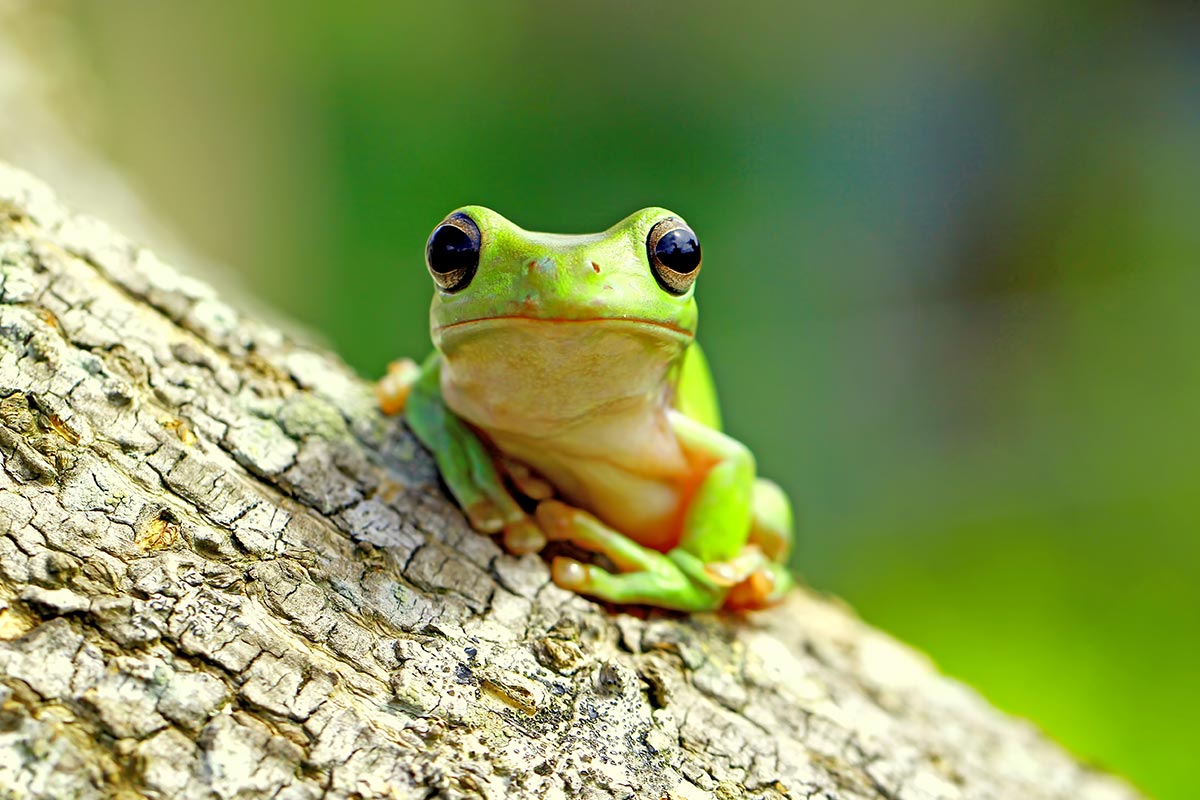 A frog has a really interesting life cycle that, whilst similar to other amphibians, is completely different from many other animals.

Your children will be learning about the life cycle of a frog during Key Stage 2, but you may want to support this learning from home so that your children can observe the process outside of the classroom. This handy guide has all the information you need to make the learning process as fun and simple as possible.

A frog is a type of amphibian so, unlike humans, it goes through four different life stages. In this guide, we'll be outlining the life cycle of a frog, the stages in its life, and what 'amphibian' actually means. We've also got a list of fun frog, froglet, and tadpole facts at the end to get you children interested in frogs and their life cycles!

When Do Children Learn About The Life Cycle Of A Frog?

Pupils begin learning about the different life cycles of animals, amphibians and insects in Year 5 as part of the KS2 curriculum. They will be expected to understand what an amphibian is and the different stage of the life cycle of frogs.

Amphibian literally translates to 'two lives' in Greek. That's because most amphibians have a very different life cycle compared to other animals. Half of their lives are spent underwater, and the other half is spent on land. They start off living underwater as tadpoles and then live on land as adults. There are some exceptions to this, but frogs certainly aren't one of them - as you'll learn below.

Frogs are a type of amphibian, so they start off as eggs and go through four stages in their life cycle, becoming five different things in the process: eggs, tadpoles, tadpoles with legs, froglets, and adult frogs.

The female frog lays hundreds of these eggs in a pond before a male frog fertilises them. Many of these get damaged in the fertilisation process, due to exposure to wind and rain. All of the eggs are held together in a big cluster by a layer of jelly, so they float in the water together. This group of eggs is called frogspawn.

The eggs which get fertilised will grow and hatch to form tadpoles. These look a lot more like tiny fish than frogs. They don't have any legs but they do have tails and gills so they can breathe under the water. Over the next few weeks, these tadpoles will swim around the pond eating plants and algae in the water. This is an important part of the pond's ecosystem.

These will then grow front legs and become tadpoles with legs. Over time, the tadpole will also start to grow its lungs so that it can breathe on land when it later becomes a frog. Eventually, the tadpole will start to look more like a frog but still has a tail.

The next stage in the life cycle of a frog, at around twelve weeks, is becoming a young frog, also known as a froglet. At this stage, the tadpole has grown front legs and it's tail starts to grow shorter. But the tail doesn't just disappear - the tadpole uses the nutrient in the tail as food meaning that, at this stage, frogs don't need any other food! Once the tail is gone, the tadpole has turned into a young frog and is able to leave the water for the first time because of its front legs. This an example of the process of metamorphosis, which is the biological process of physical changes that animals go through as they become adults.

The final frog life cycle stage is becoming an adult frog, which happens around two to four years after the tadpole grows into a young frog. An adult frog will look extremely different to how it looked at the initial stages of eggs and tadpoles and will be living on land, not in a pond. Now, the tail will have completely disappeared, while as a froglet there would have been a slight stump. It will also have a diet of insects instead of plants.

This is the end of the life cycle of a frog, but they will eventually lay and fertilise their own eggs, which will restart the cycle again.

Did you know that there are over different 5,000 different types of frogs?

Even though they have lungs, frogs breathe through their skin.

Their skin has to be wet for them to breathe, so they produce mucus to make sure their skin is wet enough.

Adult frogs don't have to be in bodies of water to drink water, they can drink it from just dew or condensation.

After hatching, a tadpole will eat the yolk from the egg it came from.

From the beginning, tadpoles have small mouths.

Young tadpoles hide in the water because they're very fragile.

Like fish, a lot of tadpoles will swim around in groups after about four weeks.

Froglets have tongue muscles so they can start learning to catch flies.

A type of frog called Wallaces' flying frog can fly for up to 15 metres because of its webbed and padded toes. These frogs live in trees in jungles in Malaysia and Borneo.

Frogs shed their skin every week and eat their dead skin.

A group of frogs is called an army.