KS2 Fractions Made Easy For Parents 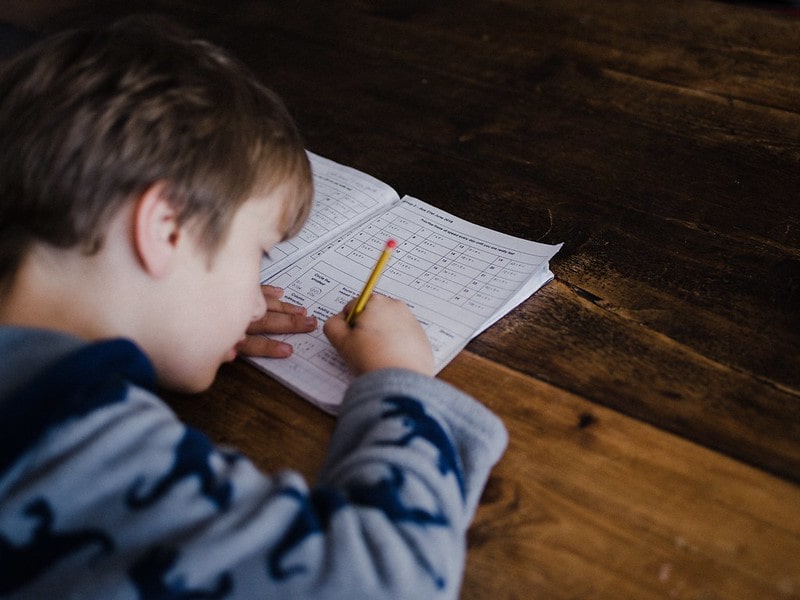 Fractions in maths are a big part of the KS2 curriculum and are linked to other areas of maths (like decimals and percentages), so it's important for children to have a good grasp of it.

Kidadl has put together this resource to support parents, and help make your work just a bit easier. If you're all sorted with long division and partitioning numbers, fractions is the next logical step. We'll start from the basics of fractions for Year 2 and upwards, then gradually ease into examples. Read on to see what it is about fractions KS2 kids need to know!

Fractions are parts of a whole. If it's not a whole, it's a fraction! For instance, if I order a pizza with eight slices on, and one is eaten, I no longer have a whole pizza, I have a fraction of a whole pizza. Here are some simple everyday examples of fractions:

-Each slice of a cake is a fraction of the whole cake. If the cake is cut into four pieces, each piece is a quarter (1/4) of the whole.

-If there are 14 biscuits in a packet, a full packet is a whole and each little biscuit is one fourteenth (1/14) of a packet.

Explaining the complicated world of fractions can seem intimidating, so here are some tips!

Day-To-Day Fractions: Start off with examples of fractions you find in everyday life (like those mentioned above).

Props: Use any props you can find, (lollipop sticks, colouring pencils, cakes or cookies if you have) and use them to show a whole shape, then the same shape divided into fractions.

Get Baking: If you can also, bake a cake or pie, and explain fractions when cutting it!

What Do Children Learn Each Primary KS2 Year About Fractions?

In Year 1 and Year 2, children are taught how to recognise halves, thirds and quarters, as well as begin to find halves of small whole numbers.

Year 3: Children learn tenths as fractions, tenths of a whole number and basic equivalent fractions, as well as comparing, adding and subtracting fractions, plus ordering.

Year 5: Year 5 fraction questions will test knowledge of how to compare and order a greater range of fractions, how to spot and write equivalent fractions, how to identify and convert between mixed numbers and improper fractions, as well as more practice adding, subtracting, multiplying and dividing, incorporating knowledge of decimals and percentages also.

Year 6: Now students will learn how to simplify fractions, compare, and order, adding and subtracting with more skill, handing equivalent fractions and mixed numbers too (simplifying where necessary) as well as when practising how to divide and multiply fractions with the same or different denominators.

What Do Primary KS2 Children Need To Know About Decimals?

Year 3: Tenths, as related to the place value scale.

Year 5: Decimal numbers up to three decimal places, identifying tenths, hundredths and thousandths and using this to compare them and solve problems involving addition and subtraction.

Year 6: Identifying the values of each digit of numbers given to three decimal places, multiplying and dividing numbers by 10, 100 and 1000, as well as by a one-digit whole number, using written methods.

Money Money Money: Start off by explaining the difference between pounds and pence, how many pence there are in a pound, and why the pence sometimes appears as decimals when expressed in pound form.

Build On Existing Knowledge: By KS2 kids should be familiar with even numbers and their halves. Why not enlighten them to the decimal halves of odd numbers? By understanding that half of 3 is 1.5, things will start to connect and decimals will seem more logical.

Finding A Fraction Of A Whole Number (such as 1/4 of 12): Multiply the numerator by the number (12), then divide by the denominator. Or, do the division first and multiplication second. 1/4 of 12 = 3.

Here are some words that are handy for parents to know when helping with this topic:

Equivalent Fraction: Fractions which have the same value as numbers, and are related by multiplying the numerator and denominator by the same number (for example: 1/2 = 2/4).

Improper Fraction: A fraction in which the numerator is greater than the denominator (like 6/5, 3/2 or 24/10).