Julius Caesar Facts (KS2): Everything You Need To Know 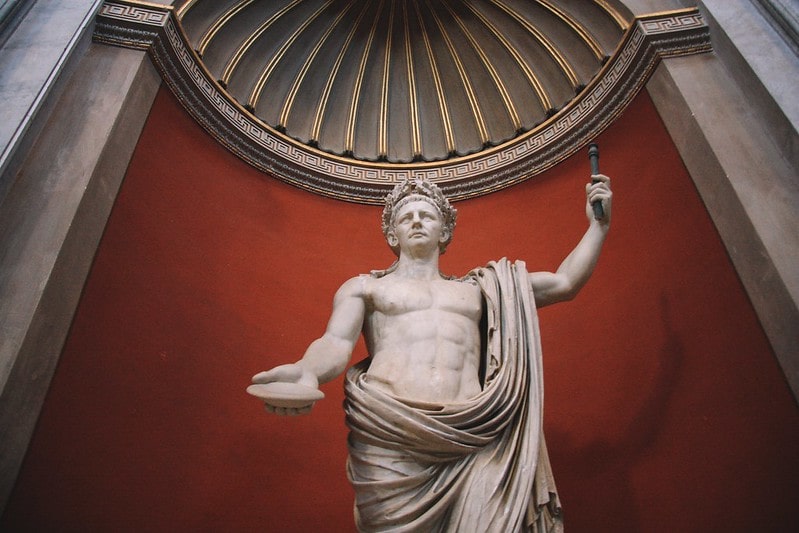 Ever heard of that famous quote "veni, vidi, vici" (I came, I saw, I conquered)? Well, that was said by Julius Caesar.

Julius Caesar was a massively powerful Roman general and politician, and he won many battles for Rome, expanding the Roman empire. Learning about Caesar is a core part of children's history lessons because he was an extremely influential and important figure within history. Even today, the name Caesar is used to mean "leader' in many languages.

We have got everything you need to know about this important guy: what kids are taught, a biography of his life, some facts, plus some awesome activities you can do together to really get you inspired by history.

The life of Julius Caesar is not a necessary part of the national curriculum in primary school. It is up to teachers whether it is taught.

The goal of history lessons is to broaden children's perspectives, introduce them to new societies, and encourage critical thinking. Teaching about the life of Caesar at home could be a great way to supplement children's curiosity for history, plus, give you opportunities to create awesome activities with your child.

A Short Biography Of Julius Caesar

Also known as Gaius Julius Caesar (July 100 BC - March 44 BC). Caesar's life was pretty colourful and there is so much to learn about him. We have included some key points you can teach your child.

Caesar was born in Subura, Rome on 13th July 100 BC. Caesar was born into a respectable Roman family and had a pretty ordinary upbringing. He was well educated, and from the age of six, he was tutored. He learned useful skills such as public speaking and law that set him up for his future career.

Caesar had three wives over this lifetime. At seventeen he married his first wife Cornelia, the daughter of a powerful Roman politician, and they had a child together called Julia Caesaris. Caesar did not have any children with his next wives, but, he had many mistresses and is said to have had many children outside of marriage.

At only twenty years old, Caesar fled Rome because he enraged the dictator of Rome, Sulla, who despised some of Caesar's relatives.

Caesar joined the army and became a well-respected military hero. When Sulla died in 78 BC, he returned to Rome and worked his way up the ranks of government. He was popular with the Romans because he was a fantastic speaker and was helped by powerful friends such as Pompey, a famous general.

At 40 years old, Caesar was elected consul, the highest-ranking position in the Roman Republic. The consul was kind of like a president or prime minister, but there were two of them and a consul only served for a year.

After his term, Caesar became the governor of Gaul (now Belgium and France).  He was so successful that he conquered Gaul and brought it under the Roman empire. At this point, he was considered one of the greatest military men, alongside Pompey.

Whilst he was in Gaul, a lot of people in Rome didn't like how powerful Caesar had become. Even his old friend, Pompey, had turned against him.

Caesar wanted to return to Rome and run for consul again but the Senate demanded him to give up his command of the army first. However, Caesar refused. He marched to Rome with his army,  crossing the Rubicon river bordering Rome. Leading his army across the Rubicon towards civil war was one of the most important moments of his life.

In 49 BC Caesar arrived in Rome and began an 18-month civil war against Pompey. He was victorious and Pompey ran away to Egypt. The Egyptian Pharoah, Ptolemy, even assassinated Pompey and sent his head to Caesar as an offering.

In 46 BC Caesar was the most powerful man in all of Rome and the Senate declared him as "dictator for life". Caesar ruled like a King, he had many supporters and he made a lot of changes in Rome. To many, he was considered the first emperor of Rome.

Many people thought that Caesar was way too powerful and that his rule would put an end to the Roman republic. So, they conspired to kill him.

The leaders of the plot, Brutus and Cassius, were actually his friends. On 15th March 44 BC Caesar walked into the Senate and was attacked by a group of men. It was a gruesome death for Gaius Julius Caesar: he was stabbed 23 times!

Here are five fun facts to get your child equipped with interesting knowledge about this extremely famous historical figure.

Did you know, he invented our calendar? Previously, the Roman calendar was based on the moon's cycle and included 355 days in a year. Julius Caesar proposed a more accurate calendar based on how many days it takes the Earth to revolve around the Sun: 365 1/4 days, with a leap year every four years to make up for the quarter.  Not only that, but his birthday month was named "Julius", what we call July,  in his honour.

Julius Caesar was once captured in the Mediterranean sea by pirates. He was held prisoner for 38 days until a ransom was paid. When he was freed, Caesar showed them who's boss. He gathered an army, captured the pirates and imprisoned them.

Julius Caesar led an army two times, in 55 BC and 54BC. In 55BC, his troop included a fleet of ships with 20,000 Roman soldiers, but he was unsuccessful against the Britons and the rocky shores. He tried again in 54 BC but learning from his mistakes, he had a massive troop of 50,000 and was finally victorious.

Julius Caesar was the first person ever to have his face on a Roman coin.

On a visit to Egypt, he fell in love with Cleopatra, the Queen of Egypt. He helped her to eventually become Pharaoh and they even had a child together called Caesarion.

Learning about the Roman empire introduces you and your child to a whole exciting universe. The stories are fascinating alone but there are some things you can do to make learning extra fun.

Get out there to make learning interactive. There are so many places to visit within the UK and London that can make teaching children about Julius Caesar super stimulating.

Combine teaching with creativity. Children can get stuck in and posters and fact files. How about getting them to put on a play for you about Julius Caesar's life? (hey, it inspired Shakespeare!) They can even get crafty, become a true Roman soldier, and create Roman helmets as part of their learning.