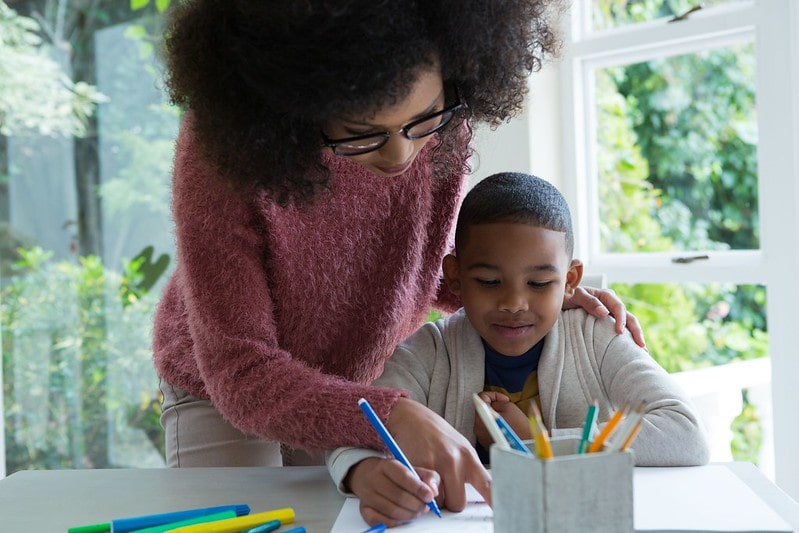 The Iron Age began around the year 500 BCE, and in Britain, it arrived around 800BCE. It ended in 43 CE. This was the era during which the use of iron to build tools and weapons became popular. The Iron Age came after the Stone Age, and took place directly after the Bronze Age, when it was discovered that iron was a much harder material than stone or bronze, which made it a better material to use when constructing objects, including weapons. There were many different weapons that were used during this time. The Iron Age was also the time period when the Celts lived in Britain.

The Iron Age is an important part of the National Curriculum, and children will begin learning about it in Year 3. These facts and activities will boost any child's knowledge and confidence on this fascinating historical topic.

Why not take a look at our wonderful guide to Iron Age weapons below?

What Weapons Were Used In The Iron Age?

Many different types of weapons and iron tools were used during the Iron Age in Britain, and across the world:

The spear was another commonly found weapon during the Iron Age. It was used to hunt animals for food and also as a deadly long range weapon during battles. Iron Age spears were often made of wood, whilst the triangular tips (spearheads) were made with iron in order to cause as much harm as possible. Spears were fairly easy to make.

The sword is another example of an Iron Age weapon. Iron swords were used in battle, and they were less curved than older ones. They also tended to be shorter than previous swords. However, at the end of the Iron Age there was a revival of longer swords, which were used when riding on horseback during battles. Iron Age swords were usually kept in sheaths, which are sword-holders carried on a person's back.

Javelins were also popular weapons. They were similar to spears, except they were thrown during battle. They were often hurled from wooden chariots, where the most important warriors would ride in during wars.

Axes were common farm tools that also served as weapons. In Europe, this era saw the development of the first battle axes - axes which were specially designed for war.  Axes changed quite a lot during the Iron Age. Before this period, axe heads were fairly slim and short, but they became wider and larger when they were made with iron.

Did You Know? In Iron Age Britain many people lived in hill forts to keep them safe from being attacked with these dangerous iron weapons. Other Iron Age weapons include knives and lances.

How Do We Know About These Weapons?

We know about these weapons because archaeologists have discovered them in different places.

In Britain, Iron Age spearheads, swords and other weapons were often offered by the Celtic people as sacrifices to the Celtic gods. They were often thrown into sources of water, which is where many weapons from this period have been found. For example, the famous Battersea Shield was found in the River Thames. It is thought that this was a sacrifice to one of the 400+ Celtic gods and goddesses. Many weapons, including spearheads, have also been found at Lake Cerrig Bach in Wales, where more than 150 weapons from this period have been discovered.

The Celts also buried weapons with their owners once they had died. Being buried with precious objects, including weapons, was a symbol that the person being buried was wealthy and powerful.  Sometimes weapons were deliberately bent out of shape before they were buried.

Did You Know? The Celtic people who lived in Britain at this time often decorated their shields with important religious symbols.

Check out these creative and educational ideas to help facilitate your child's learning:

If you have artistic children who love crafts, they could try making their very own weapons out of cardboard, inspired by this period. Making a shield inspired this historic era is an especially fun activity as it is simple, and your kids will have a great time decorating it.

There are also many online videos for primary school children that show and describe weapons from this period. Watching these with your child will make for an engaging activity.