Iron Age Houses (KS2): Everything You Need To Know 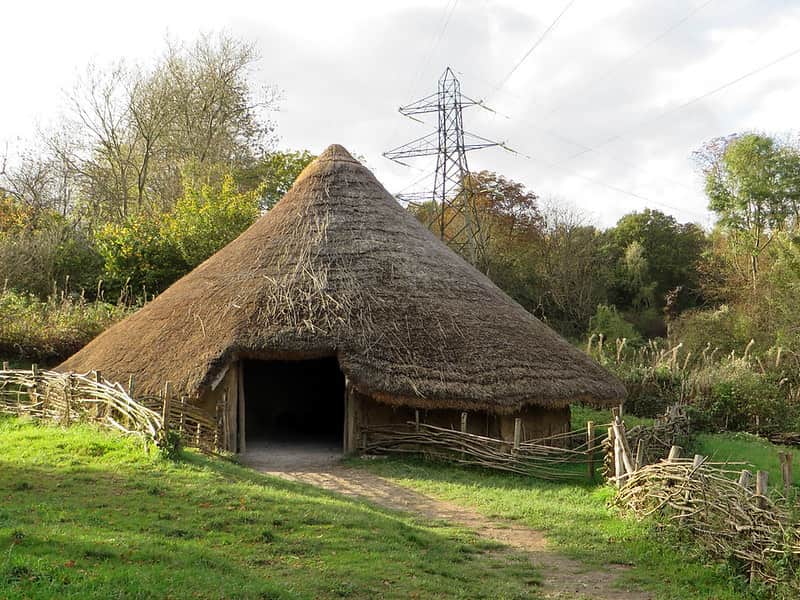 Our history as a nation is full of revolution and innovation, and the Iron Age was no exception. Roughly covering the period between 800 BC to AD 4, and ending with the Roman invasion, this was a time where iron was the metal of choice, and discovering its many uses had a big impact on the life of the ordinary iron age people.

Many more families were able to farm using a metal plough, and some people invented coins to help with the sale of crops and tools. With blacksmiths learning how to turn melted iron into tools and implements, it meant people could do more and work better, both inside and outside the home.

Here, we are looking at the roundhouse this pre-historic generation called home, so you can help your children get to grips with what an Iron Age house looked like, what it was made from, and a little of what life was like inside these ancient homes. For some interactive learning, we've included some fun and varied Iron Age activities as well.

British Iron Age families lived in simple one-roomed homes called roundhouses. These homes had a pointed roof, attached to circular walls. Inside there was space for storing food, beds made from straw and animal skins, and a small kiln. In the centre, you'd cook over an open fire. Records show there were also areas for smoking and preserving meat.

Some Iron Age communities would live in groups of roundhouses on top of hill forts, their ever-growing system of ditches and ramparts designed to protect from attack/invasion. Within these communities, there would be potters, blacksmiths working with iron, and many would farm nearby land.

One of the largest Iron Age hillforts was located in Dorchester, Dorset. The Maiden Castle site is is the size of 50 football pitches, and once protected and provided a home for hundreds of people. Now managed by English Heritage, it is free to visit and walk around, and has many stories to tell via a downloadable audio experience.

What Were Roundhouses Built From?

Architecture in Iron Age Britain was fairly simple and centred around 3 main materials available at the time. Although in the later stages of the Iron Age, designs became more complex, roundhouses were still constructed using three main materials.

The pointed roof was thick thatched material woven around a timber frame, with thick walls moulded out of wattle and daub, the Iron Age name for a mix of mud and twigs. A wooden door completed the construction for privacy, and to keep out the weather.

Did You Know These Iron Age Facts?

There's no better way of bringing history alive, than by recreating it through some fun educational activities. Our ideas span arts and crafts and cooking.