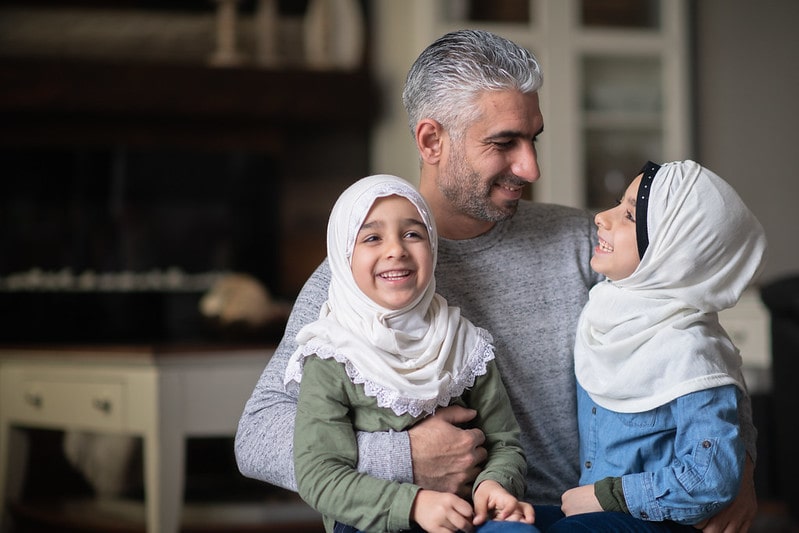 For millions of Muslims across the world, Ramadan is a very important time of year.

Ramadan is a time for reflection with your family and community. Learn more about this central part of the Islamic faith with these Ramadan facts for kids.

Islam is one of many different religions that are practised by billions of people across the world and Ramadan is an important part of the religion for many Muslims.

Here are 22 interesting facts you may not already know about Ramadan.

These facts about Ramadan will help you learn more about one of the most important times of the year for Muslims.

1) Ramadan occurs in the ninth month of the Islamic calendar. The Islamic lunar calendar is based on the moon's cycle, so the date changes each year. In 2021, the month of Ramadan will be from 12 April to 11 May in the UK.

2) During the month of Ramadan in the Islamic calendar, healthy Muslim adults and teenagers will fast (this means that they do not eat or drink anything) from sunrise to sunset.

3) Fasting during Ramadan is a way for Muslims to reflect on their lives and find gratitude for their experiences. Fasting allows Muslims to think about those less fortunate than themselves, such as people who live in poverty. It's also a time for prayer and to give thanks to God.

4) Ramadan is one of the Five Pillars of Islam. The five pillars help guide Muslims on how to live their lives and be good Muslims. The five pillars are fasting, faith, prayer, charity, and the Hajj pilgrimage to the holy city of Mecca.

5) The practice of fasting during Ramadan began in the year 624 CE, which was two years after the beginning of the Islamic calendar. The Prophet Muhammad and his followers would fast to show thanks to God and reflect on their experiences, which is similar to what modern Muslims do today during Ramadan.

6) Muslims celebrate the end of fasting during the month of Ramadan through Eid al Fitr. Eid al Fitr is the day when Muslims can break the fast and eat or drink during daylight hours again. It's a day for family and community; Muslims get together and have big parties to celebrate Eid al Fitr, with lots of food and presents.

Learn more about Ramadan with these helpful facts.

7) Fasting during Ramadan is celebrated by Muslims all over the world. Muslims are those who follow the religion of Islam.

8) Islam is one of the most widely-followed religions in the world. Approximately 1.8 billion people in the world are Muslims. Muslims live all over the world. Countries with large Muslim populations include nations in the Middle East, Africa, and South Asia.

10) Only Muslims who are able to have to fast during Ramadan. This means that people who are sick, travelling, elderly, pregnant, or have a health condition are exempt from the month of fasting. Even if some Muslims do not fast for Ramadan, they still treat it as a time of spiritual importance and a chance to develop their faith.

What Do Muslims Do During Ramadan?

Ramadan isn't just a time for fasting. These facts help to explain what else Muslims do during Ramadan.

11) Ramadan is a time to look out for those less fortunate. Often, Muslims will use this month particularly to look after their communities through community programs for homeless people or people who need a little extra help. Many Muslims will also try to donate money to charity to help those in need. Of course, Muslims are charitable the whole year round, charity is an important part of the Islamic religion, but during Ramadan, they make even more effort to give their time and resources to those in need.

12) As they cannot eat during daylight hours, it is important for Muslims to eat a big meal before the sun comes up and after it goes down each day. The pre-dawn meal is known as suhoor and can often be eaten as early as four or five in the morning depending on where you are in the world.

13) The meal that is used to break the fast at the end of each day is called iftar. This is a big meal that a family or community will often cook and eat together each night. This helps to contribute to the sense of community spirit and togetherness during Ramadan.

14) As the month of Ramadan is a time for faith, prayer is especially important to Muslims during this month. Muslims pray to God five times a day, and there is a sixth, optional prayer during Ramadan. In Ramadan, Muslims will pray together in the Mosque, which is the Islamic place of worship.

15) Due to the coronavirus pandemic, Ramadan was very different in 2020. Instead of praying together in the mosque or eating together as a community, Muslims had to stay with their immediate family groups to stop the spread of coronavirus. To maintain the sense of community that Ramadan usually brings, many Muslims video-called their friends and family during iftar.

How Do Muslims Celebrate Ramadan?

Ramadan takes a lot of effort and self-control. Find out how Muslims celebrate the breaking of the fast with these Ramadan facts.

16) The end of Ramadan is marked by Eid al Fitr. Eid al Fitr falls on different days each year and is decided by when the new crescent moon is seen in the sky. The crescent moon can appear at different times in places across the world; if it hasn't appeared after thirty days, Muslims will celebrate Eid on that day.

17) Eid al Fitr is one of the two Islamic holy days that occur each year. The other day is called Eid al Adha. This marks the end of Hajj, which is the holy Islamic pilgrimage to Mecca and, like fasting, is also one of the five pillars of Islam.

18) Eid is one of the most fun days in the Islamic calendar. Families and friends get together and share a big meal to celebrate the end of fasting. It's a day of goodwill and happiness. Children are given presents and everyone wears their best clothes.

19) When Muslims see each other on Eid, they'll say "Eid Mubarak!". This means "Happy Eid!" in Arabic, the original language of Islam. Even though Muslims speak many different languages as it is a global religion, they often learn Arabic in order to read the Quran in its original form.

20) As Eid is celebrated across the world, different cultures have different ways of celebrating. An interesting Eid tradition that takes place in Afghanistan is a food fight! Known as Tokhm-Jangi, everyone paints a hard-boiled egg and then tries to crack each others' eggs.

21) In India, Pakistan, and Bangladesh, Muslim women will celebrate Eid by painting beautiful patterns on their hands with a dye known as henna. Families will also gather to cook delicious meals, with foods such as biryani, kebabs, and a sweet dessert made with vermicelli called payasam.

22) In Indonesia, clothes sales often see a 20 per cent increase leading up to Eid. This is because lots of Muslims buy nice clothes as Eid presents for their friends and family. Across the world, Muslims will wear beautiful traditional clothing to celebrate Eid. 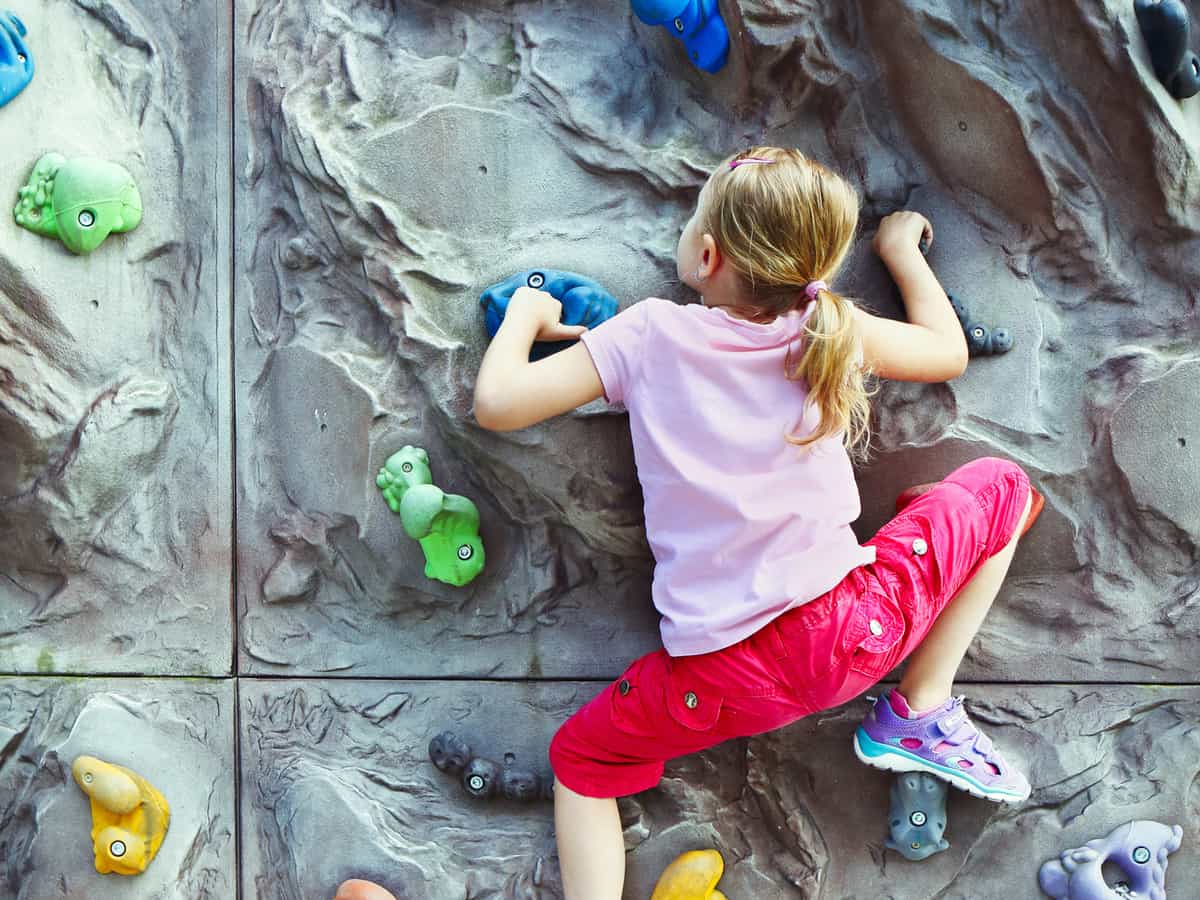