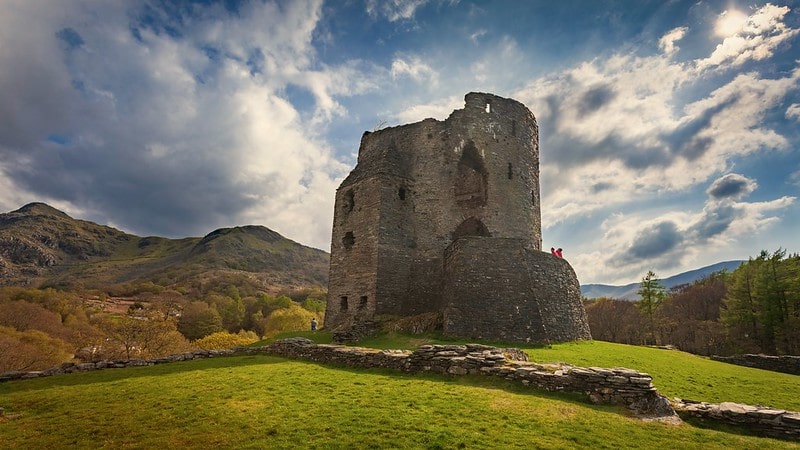 Full of natural beauty and surprising history, Wales is part of the island of Great Britain.

If you're ready to learn something new about this beautiful country, prepare for some fascinating and fun facts about Wales for curious kids and adults alike!

Why Is It Called Wales?

Wales is the English name for the country, with the Anglo Saxon meaning of 'foreigner' or 'outsider'. The Welsh name for the country, however, 'Cymru' means 'friends'. Interesting. The Anglo Saxons were tribes of people from Germany, Denmark and the Netherlands who moved to England in the fifth century. They lived and ruled in the areas we know as England and Wales today. Other countries surrounding Wales are Scotland, Northern Ireland and The Republic of Ireland.

Want to know more about the Anglo Saxons and how they lived? Take a look at these fascinating food facts here.

Why Is Wales So Special?

With a population of over 3 million people (3,000,000) in five regions (North West, North East, Mid Wales, South West and South East), Wales is known for its hills, mountains and lots of rain. A variety of sports are on offer, outdoors and beneath the ground at Zip World Slate Caverns, most notably its famous zip lines.

With the views from on top of these hills and mountains, as well as the adventures you can have, it's no surprise there are so many interesting Wales facts.

What Are The Welsh Famous For?

Traditions such as the giving of Lovespoons (wooden spoons carved with decorations) for celebrating special occasions, like births, christenings, anniversaries, and weddings, for example. This Welsh tradition could have began as early as the 17th century.

Also, the oldest language in Britain is the Welsh language (Cymraeg) said to be around 4,000 years old.

1. Wales' National Day is St David's Day. St David is the patron saint of Wales. He was a Welsh Bishop in the sixth century, born in a city named... St David (which is the smallest city in the UK!). On 1 March, Welsh people celebrate St David's life with parades, food festivals and concerts, plus more.

2. Wales' highest mountain is Snowdon or Yr Wyddfa, which you could see at Snowdonia, one of Wales' National Parks. It is 1,085 metres high, or 6,560 feet high. On it, you can find the rare Snowdon Lily, a flower which can be found in a few places in the world.

4. Prince Charles of England is also the Prince of Wales. Wondering why? The title can only be given to the eldest son of a British King or Queen, the person next in line to the throne of Great Britain. Prince Charles gained this title when he was 10 years old.

5. Wales' national sport is Rugby. The country's team play their home games at the Millennium Stadium in Cardiff, South Wales. Bonus Fact: This stadium has the largest retractable roof in the world!

6. Wales is home to the longest zip wire in Europe. Longest and fastest, we might add. You can find it at Zip World Slate Caverns in Bethesda, North Wales.

7. Wales has a number of national symbols, such as the dragon (which appears on its flag), the daffodil, and the leek, to name a few. A red dragon features on the country's flag, on top of a green and white background. This makes Wales one of only three countries that has a dragon on their flag (along with Bhutan and Malta). Though part of the UK, The Welsh flag is not part of the Union Jack (The British Flag).

8. The national anthem of Wales is 'Hen Wlad fy Nhadau'. This anthem sung by Welsh people means 'Land Of My Fathers'.

9. There are six cities in the country of Wales. The capital is Cardiff (of Caerdydd in the Welsh language), on the South East coast, with a population of around 360,000. The others are Newport, Swansea, Bangor, St Davids, and St Asaph.

10. The largest natural lake in the country is 6km in length! At 6000m, it is called Llyn Tegid, which means 'The Lake of Serenity'.

11. The place with the second longest name in the world is in Wales. Llanfairpwllgwyngyllgogerychwyrndrobwllllantysiliogogogoch means 'The Church of St Mary in the hollow of the white hazel near the rapid whirlpool and The Church of St Tysilio near a red cave'. In case you wondered, it's often shortened to Llanfairpwll or Llanfair PG.

Did You Know? In first place with the longest name in the world, is Taumatawhakatangihangakoauauotamateaturipukakapikimaungahoronukupokaiwhenuakitanatahu, in New Zealand.

12. There are three National Parks and five Areas of Outstanding Natural Beauty in Wales. The parks are the Pembrokeshire Coast National Park, Snowdonia National Park and Brecon Beacons National Park. Together, they cover one fifth of the country's land mass.

The areas of outstanding natural beauty are Clwydian Range, Llyn Peninsula, Wye Valley, Gower Peninsula and the Isle of Anglesey. National Parks are parks which are protected to preserve their beautiful countrysides and wildlife. Areas of Outstanding Natural Beauty (AONBs) are areas in England, Wales and Northern Ireland, which are protected to enhance and preserve their beauty. By protecting these parks and areas, they can stay lovely for a long time.

13. Wales' Royal Mint produces a lot of coins for a lot of countries. Specifically, around five billion (5,000,000,000) coins each year are produced at The Royal Mint of the country at Llantrisant, South Wales, for 60 countries. A Royal Mint is a large building which is owned by a country's government and makes coins.

14. The Welsh influence is broader then you may think! The highest peak in the world, Mount Everest, was named after Welsh traveller and explorer, Sir George Everest. Also, the famous children's author Roald Dahl, writer of tales such as Matilda, Charlie and The Chocolate Factory and The BFG, was born in the capital of the country, Cardiff.

15. Welsh is spoken by 750,000 people, in and beyond the country. Welsh is also spoken in England, Canada, The United States and Argentina.

And there you have it, some truly interesting facts about Wales and the Welsh!